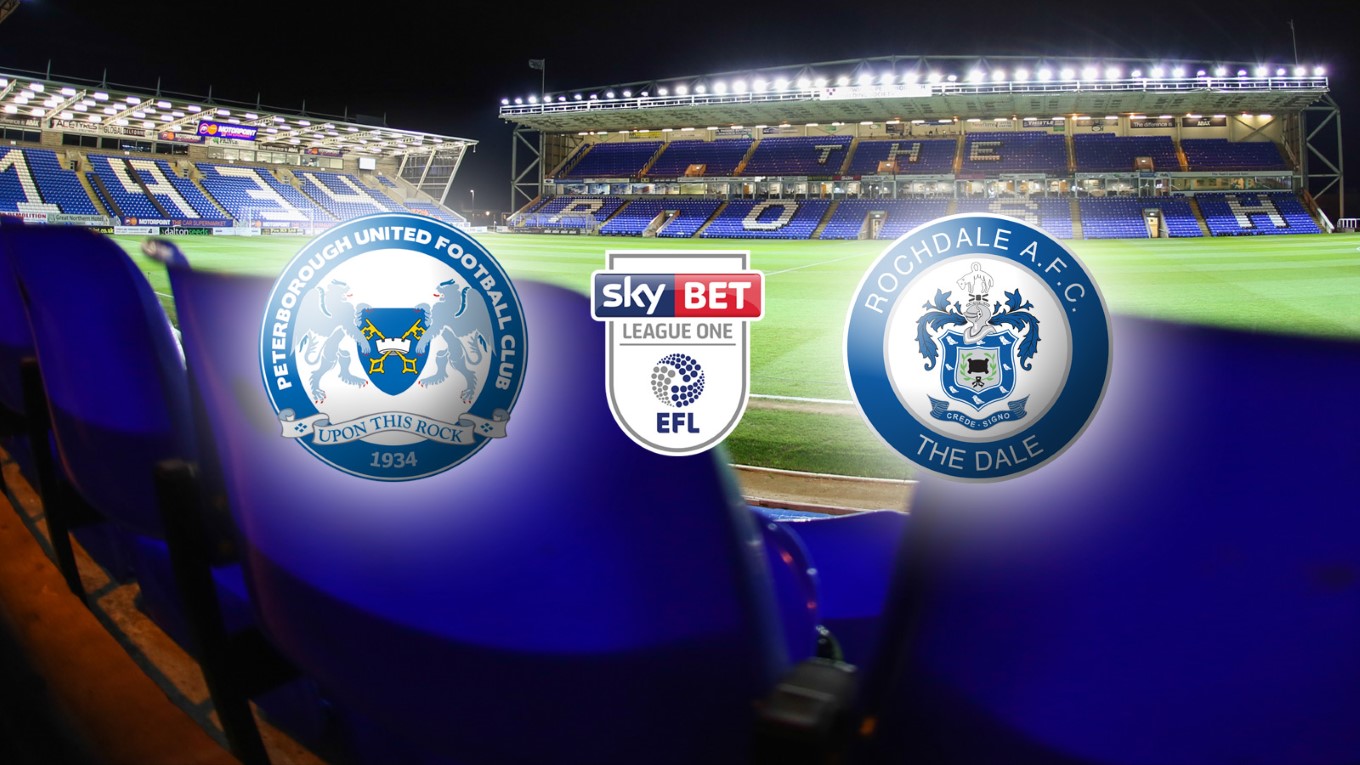 Match preview for Peterborough United vs Rochdale on 14 Apr 18

Posh entertain Rochdale on Saturday in the last but one home fixture of the regular Sky Bet League One campaign.

Peterborough United return to Sky Bet League One action at the ABAX Stadium on Saturday afternoon (3pm) with Rochdale providing the opposition and Keith Hill’s men are fighting for their lives at the wrong end of the league table.

Both teams go into the clash on the back of defeats, Posh losing a controversial fixture at Home Park 2-1 after seeing defender Liam Shephard wrongly dismissed in the final quarter of the match, while promotion favourites Wigan Athletic produced a clinical display to beat Rochdale 4-1 at the Crown Oil Stadium on Tuesday evening.

Posh do have Liam Shephard available after a successful appeal to the red card he received against Plymouth Argyle, but fellow defender Steven Taylor is suspended after receiving a second yellow card in the same fixture. Marcus Maddison is rated as 50-50 to be involved as he battles an ankle injury while Ryan Tafazolli will have a fitness test on Friday. Alex Penny remains side-lined due to injury.

Brad Inman has been in fine form for Dale in recent weeks, but he is unable to play against Posh as per the terms of his loan arrangement. Steven Davies could be in line for a start after coming off the bench in the defeat to Wigan Athletic.

“I watched Rochdale on Tuesday night and they could have been level or even in front at the break. The Wigan goalkeeper made some good saves. Wigan got themselves in control in the second half, but Rochdale are a good side and they will be fighting for their lives. They have some good players, but so do we. I am sure that if we are successful against Rochdale, we will be in the play-off places by the end of the day,” Steve Evans said.

Tickets are available at www.theposhtickets.com, via the Ticketmaster hotline 0844 847 1934 (calls cost 7ppm plus your network access fee) and in person at the ABAX Stadium Box Office. Remember it is cheaper if you purchase in advance.

The fan zone will be open (close to the ticket office) at 1pm on Saturday with the Speed Kick machine, FootPool and FootDarts all available for youngsters to get involved with. We are also pleased to confirm that there will be a DJ entertaining the crowds too and for the first time, we are delighted to reveal that alcohol will be sold from a mobile kiosk in that area. “Rob DJ” will be entertaining the crowds with some top tunes so make sure you get involved!

The mobile bar, which will serve bottled beer and soft drinks as well as confectionary, will be open up until kick-off. Close to the entrance of the South Stand, the Salvation Army will be in attendance and they will be performing for supporters. Ahead of kick-off, we will be welcoming a number of ‘first time fans’ and Saturday’s match day programme will also be revealing details of a forthcoming game at the ABAX Stadium.

The match referee will be Antony Coggins.