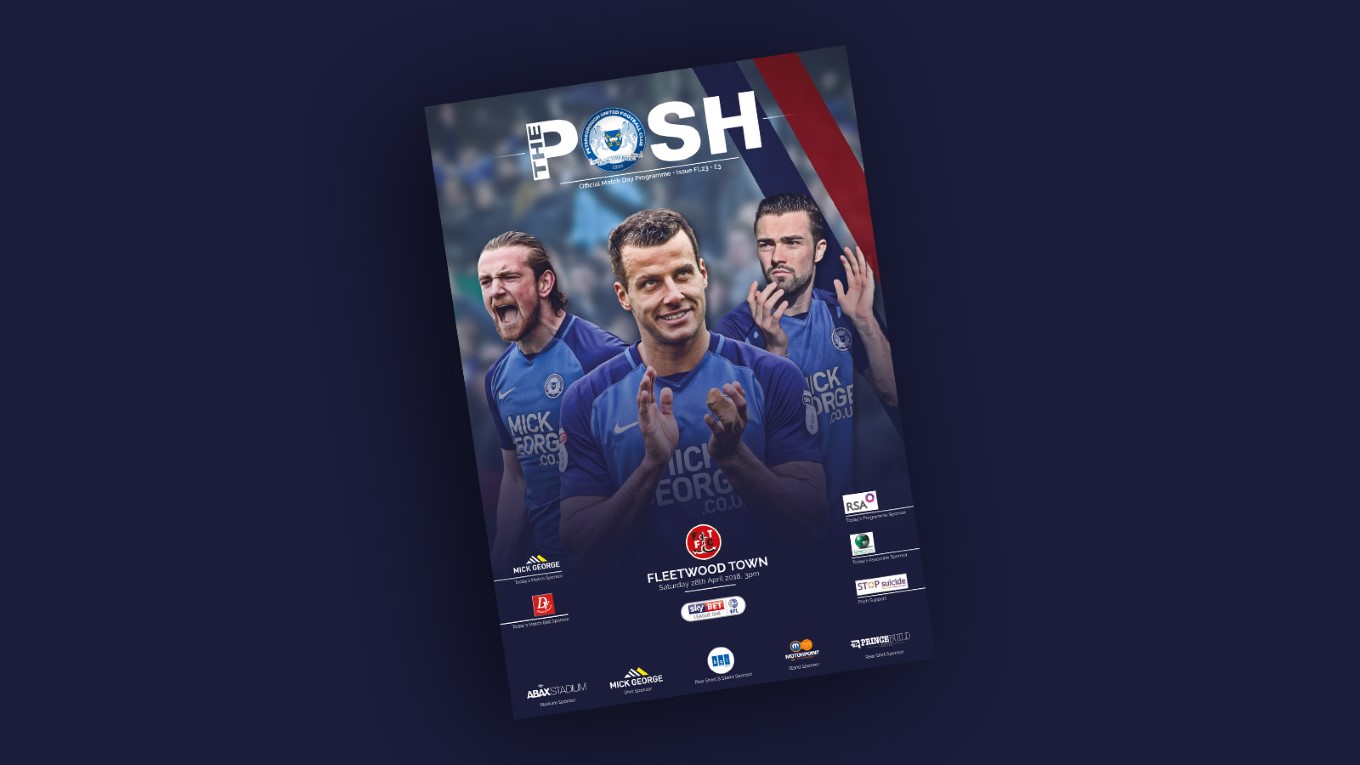 Posh take on Fleetwood Town at the ABAX Stadium in the final home game of the 2017/18 Sky Bet League One campaign and the Posh match day programme is available for just £3.

Perfect for pre-game reading material, the programme features the thoughts of gaffer Steve Evans, an insight into our visitors from Fleetwood as well as Club Historian Peter Lane’s ever-popular Memory Lane feature.

We also have an interview with recent Hall of Fame inductee Steve Welsh, who reminisces about his time as a Posh player, which of course included winning promotion at Wembley in the 1992 Play-Off Final.

The publication also features two pages of activities to keep the younger supporters occupied during the half-time break, such as a word search, spot the difference and guess the player.

The 72-page programme, which can be purchased for £3 in the Posh Club Shop or around the ground, also features Conor O’Malley as the pull-out poster.