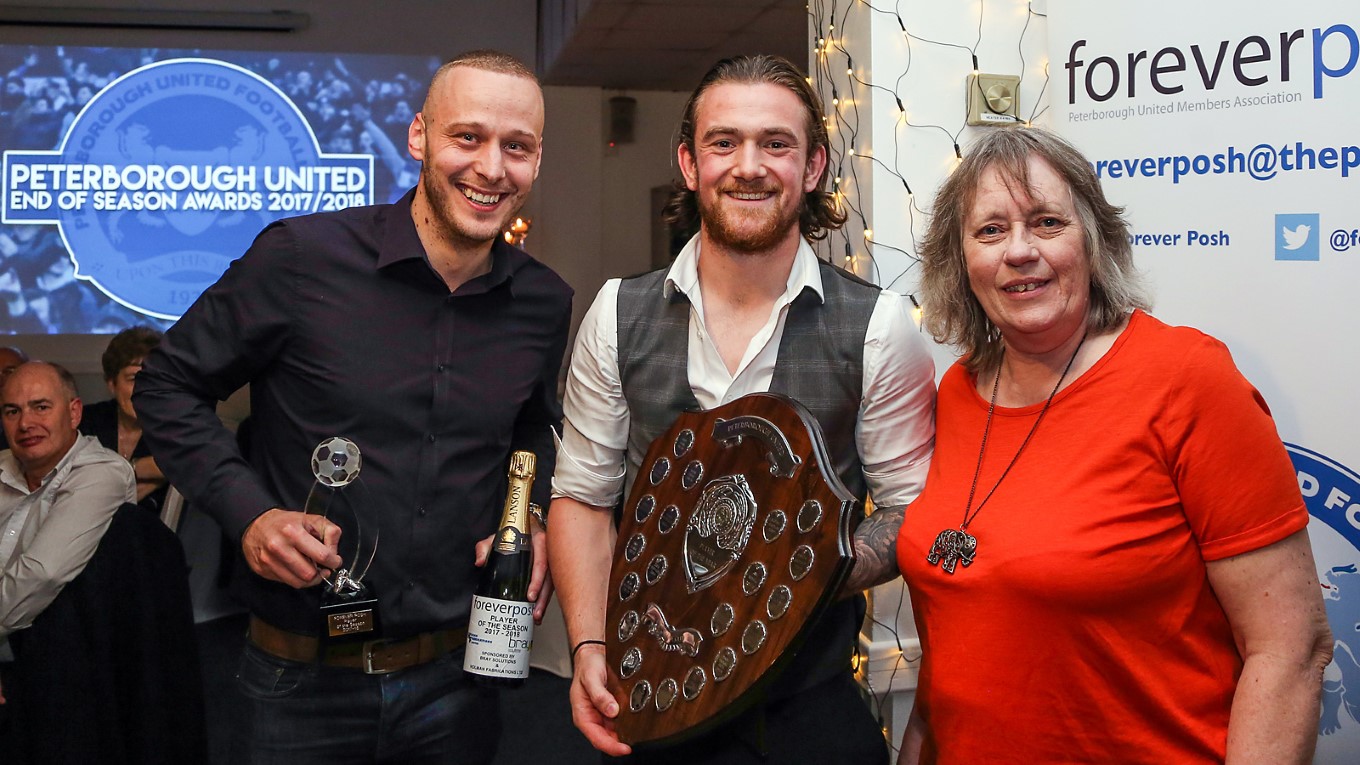 Peterborough United striker Jack Marriott was the big winner at the club’s end of season awards, collecting three trophies at the event, which took place in the Caroline Hand Executive Suite at the ABAX Stadium on Saturday evening.

Defender Steven Taylor was named the runner up in both the Away Travel award and the Player of the Season award, taking home two bottles of champagne. Marcus Maddison won the Goal of the Year award for his stunning strike against Shrewsbury Town, polling 61% of the vote that was made on the night.

Leo Da Silva Lopes won the foreverposh Young Player of the Year award while Lewis Freestone was named the under 18s Player of the Season. Jack Baldwin was named the Community Champion for his superb work in the community at a host of events, charity functions and visits while midfielder Michael Doughty was named the Worst Dressed of the squad, winning the trophy after a landslide vote.

Marriott said: “I am thrilled to win the awards and I would like to thank everyone who voted for me. The Player of the Year shield carries the names of some of the previous winners, the likes of Craig Mackail-Smith, Dwight Gayle, Simon Davies – they are big names and I am delighted to add my name to such a wonderful list.

“It has been a really good season for me personally, it is just a shame that we fell a little bit short of the play-offs, but we want to end the season well. I was pleased to win the Players’ Player award, it is always special to win an award voted for my your team-mates.”

The football club would like to thank VCP for their superb work on the venue and all of the sponsors, supporters and guests who attended the evening.