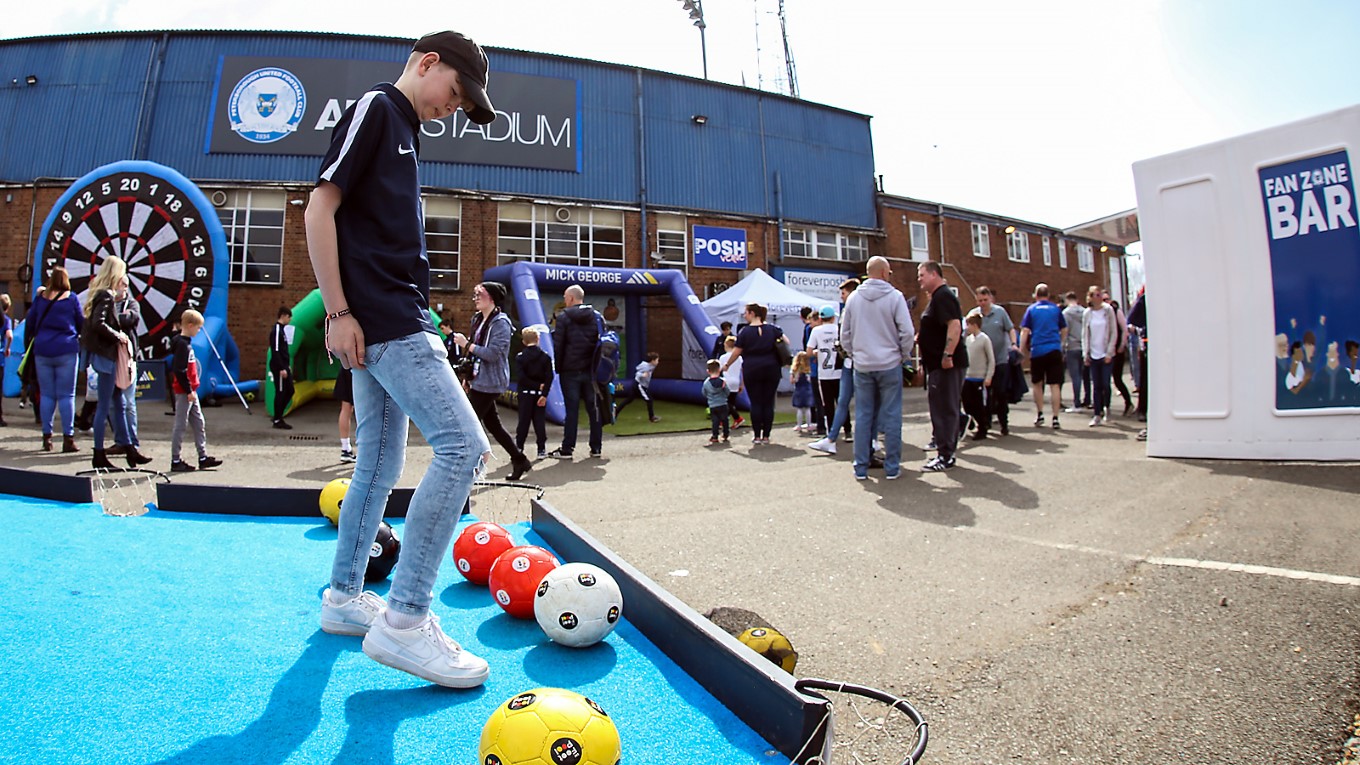 The football club would like to thank supporters who utilised the many activities and entertainment within the fan zone ahead of Saturday’s Sky Bet League One fixture with Rochdale at the ABAX Stadium.

The weather helped to create a relaxed environment and with a DJ in situe from just before 1pm, there were plenty of opportunities to show off some dancing moves too – just like Peter Burrow who never turns down a chance to throw his carrot in the air.

The fan-zone bar made its debut with alcohol and soft drinks available until kick-off while the Speed Kick machine, FootDarts and FootPool table kept the kids entertained. We also had the Salvation Army in attendance and while the original location for their performance was unavailable, we still received some excellent feedback.

Free health checks were also available throughout the afternoon and the Club Shop reported a brisk trade with the home kit now part of the sale. The fan zone will be in operation ahead of the final home league game of the season against Fleetwood Town on Saturday 28th April. Tickets are available for that game at www.theposhtickets.com.