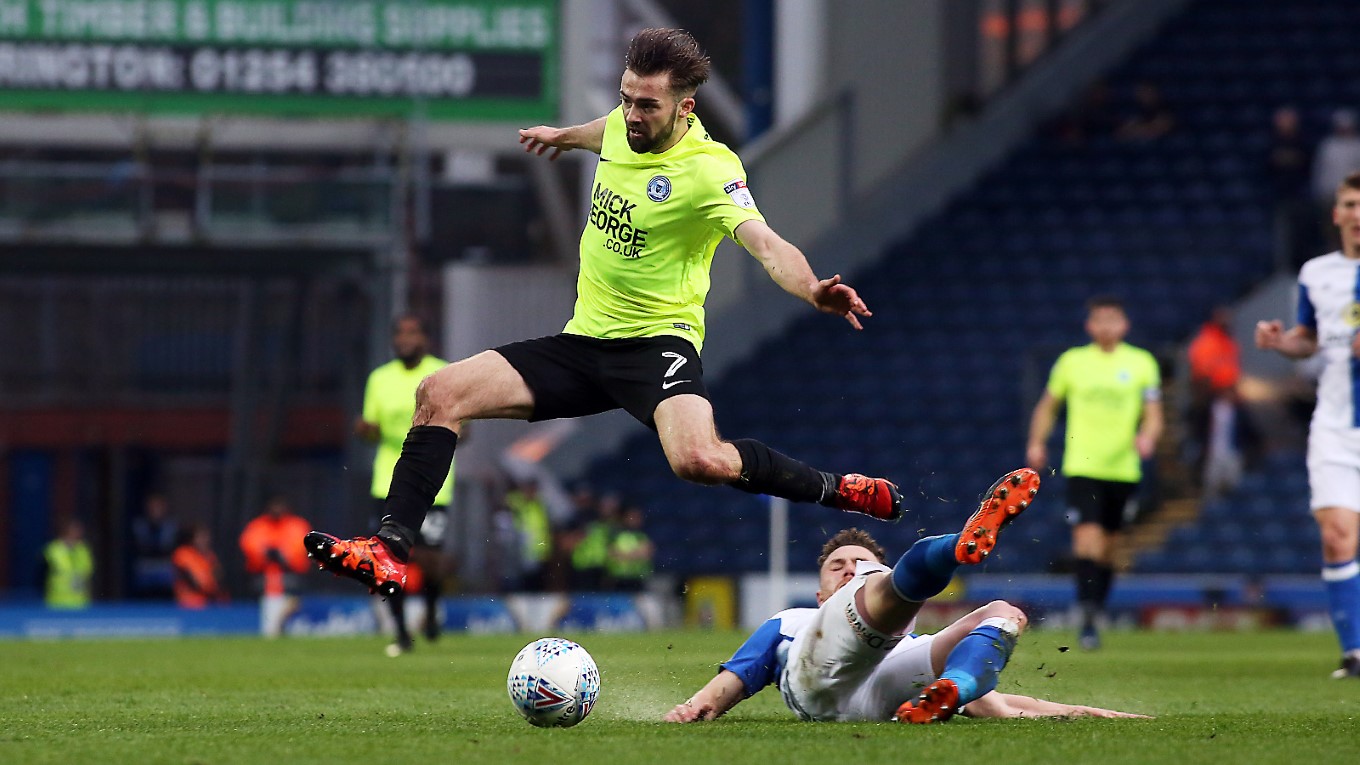 Peterborough United were beaten 3-1 by promotion favourites Blackburn Rovers at Ewood Park in Sky Bet League One action on Thursday night but will look back on the evening with frustration – frustration at not turning an excellent first 45 minutes into a more commanding position and frustration that decisions didn’t go their way.

Two penalty appeals were turned down by the official, one of which looked a clear handball and then Corry Evans somehow escaped with just a yellow card for a horror tackle on Michael Doughty right in front of the referee in the second period.

Jack Marriott saw a shot blocked on nine minutes after an open start to the contest at Ewood Park. Raya was forced into a first save of the evening moments later after a wonderful run from Gwion Edwards, the Welshman skipping past two defenders before cutting inside and unleashing a low shot on goal.

Lloyd fired well wide of the near post after skipping inside the full-back but he should have perhaps looked to pick out a team-mate rather than shoot. Skipper Charlie Mulgrew saw a header land on the roof of the net on 15 minutes following a driven corner kick.

Raya was called upon again moments later to deny Cooper’s low shot from distance as Posh continued to play well. Armstrong sent a looping header from an Antonsson cross wide of the far post on the half hour mark.

Antonsson fired wide on 36 minutes after an intelligent knock down from Graham before Posh had appeals for handball in the box turned down by the referee. The deadlock was broken on 43 minutes and it was a deserved lead for Posh, an inswinging corner from Cooper was headed past his own keeper by MULGREW.

It was nearly 2-0 moments later as a terrible mix-up in the Rovers back line saw Raya and Mulgrew leave it to each other, Lloyd on the stretch toe-poked it goalwards but it was hacked clear by Lenihan. After the break, Mulgrew saw an early header clear the crossbar following a half cleared corner kick.

The home side were level on 54 minutes as a left wing cross was powered home by DACK who took advantage of an unfortunate slip in the six yard box by Taylor. Posh made a change on 64 minutes with Joe Ward replacing Cooper. O’Malley produced a fine fingertip save to tip over a fierce Mulgrew free-kick on 70 minutes.

Junior Morias replaced Lloyd on 76 minutes as Steve Evans made his second switch of the evening. Evans was cautioned for a foul on Doughty moments later and on inspection with the replay, he was lucky to stay on the pitch.

Da Silva Lopes saw a shot saved by Raya by his near post on 82 minutes after linking well with substitute Morias. On 83 minutes, Blackburn got a rather undeserved second goal as Dack’s header struck the crossbar and GRAHAM was on hand to nod the rebound into the back of the net.

DACK made it 3-1 deep into stoppage time as Graham robbed Baldwin and slid the ball into the path for the attacking midfield man who made no mistake.