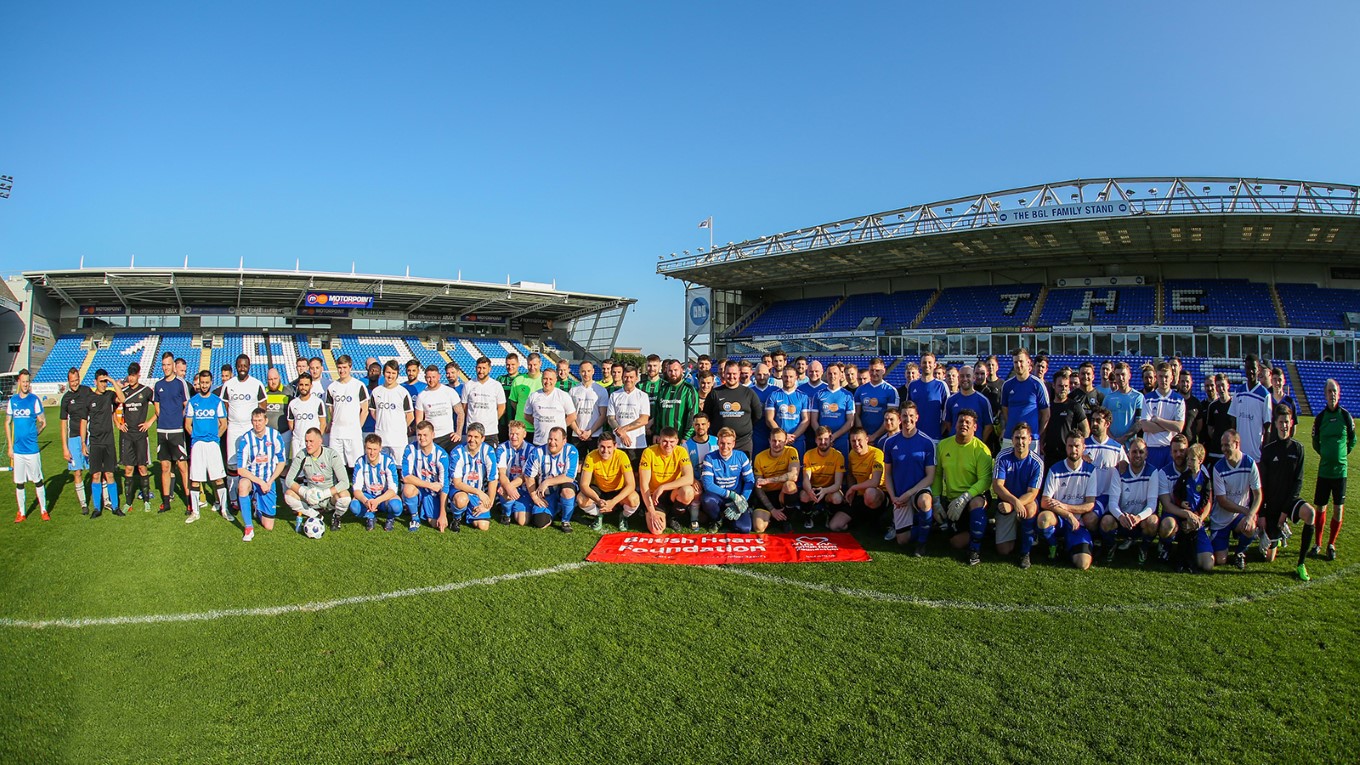 The eagerly anticipated Mick George Cup 2018 certainly lived up to expectation and couldn’t possibly have been concluded in a more dramatic style.

The event, which raised a tremendous £4,000 for British Heart Foundation quite literally went down to the last kick, as the tournament’s final couldn’t be settled in normal time or by the conventional penalty shootout method, so was forced in to a sudden-death, penalty kick situation.

Despite a gallant effort to retain their champion status from the previous year, it was one-step to far this time around for Wilderspin Garage who came up just short in a thrilling finale, with ‘ALH n’ Body Aid’ lifting the trophy.

The winning team was formed from a combination of representatives from two local businesses, ALH Recruitment (Peterborough) and Body Aid Solutions (Stamford) respectively.

The triumph was extremely well received by the team’s captain Jimmy Dean, who in recent times hasn’t been the beneficiary of as many positive results as he would have liked after seeing the team that he manages, Peterborough Sports F.C slip down the league table.

Nigel Cole, Partnerships Manager at British Heart Foundation said: ‘’The Mick George Cup was a marvellous success, and a fantastic evening. Despite huge advances in heart health over the past 50 or so years, there are still over 7 million people living in the UK with heart disease. The BHF is committed to beating heart disease forever and everybody who took part in the Mick George Cup has helped to fund the research that will one day make that a reality. Our thanks go to everyone who had a part to play in the event.’’

Sixteen teams of seven competed in this annual six-a-side tournament held at the ABAX Stadium, and even included guest appearances from some ex-professionals, including former Norwich and Leicester City star, Darren Eadie.

The event signifies a collective effort from many of the influential football bodies in the locality. Although Mick George Ltd are the instigators of the competition, they also utilise fellow associates Peterborough United FC for the venue and Hunts FA for equipment and referees, to enhance the desirability of the tournament.

Jon Stump, Finance Director at Mick George Ltd commented: ‘’The competition was a splendid occasion that was contested in the charitable nature that would be expected. Everyone that was involved should be applauded for their contribution.’’

Stump continued: ‘’As well as the players, a lot of efforts and assistance has been provided by the Hunts FA and Peterborough United FC to facilitate the event. We extend our thanks for their support.’’