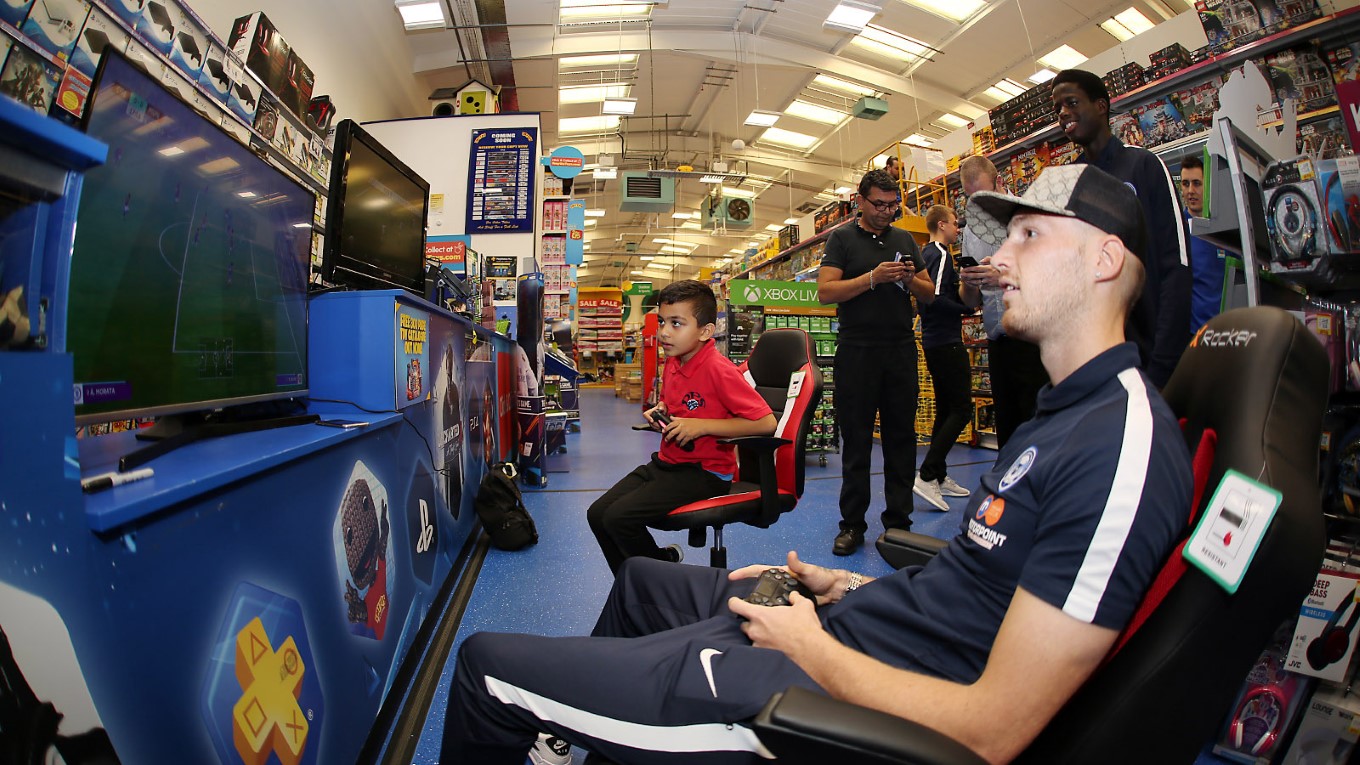 Young fans get the chance to face Posh duo at popular console game.

The superstore in Boongate attracted a host of young Posh fans who fancied their chances of beating one of the two players at the new game, which is available on Friday. With in-store offers galore, Smyths Toys has everything a child could want.

Posh Press Officer Phil Adlam said: “The event worked really well. Fans had the chance to face Marcus or Leo on either the PS4 or the XBOX and all of the games were very competitive. Nobody wanted to lose! We would like to thank Smyths Toys for their support and look forward to working with them moving forward.”