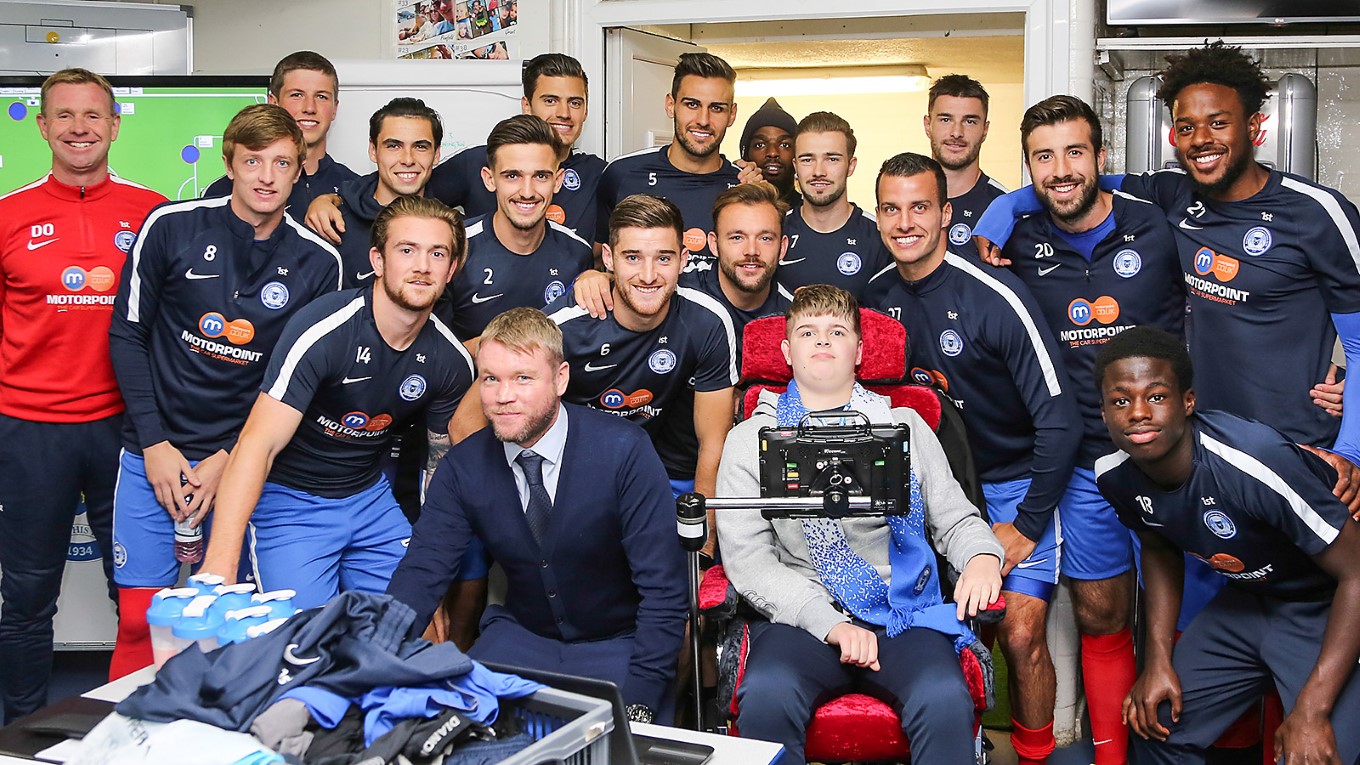 McCann Arranges For Ryley To Be Club's Special Guest

Based in Baston, Peterborough United manager Grant McCann plays a huge part in the community in which he lives and ahead of Tuesday night’s Sky Bet League One fixture with Milton Keynes Dons at the ABAX Stadium, invited a family who have had their world turned upside down in the last few years to be special guests.

In May 2016, after returning home from playing football in the park with his friends he suffered a massive seizure. He was rushed to Peterborough hospital then transferred to Addenbrooke's Hospital, Cambridge where they found he had a bleed on his brain caused by an AVM. This has left his brain with considerable damage due to a prolonged period of oxygen starvation.

Ryley underwent surgery to stem the bleeding on his brain and was put into an induced coma and was on PICU (intensive care) at Addenbrookes for 5 weeks. Ryley and his mum spent 12 weeks at Addenbrookes Hospital and a further seven months away from home having intensive rehabilitation.

After hearing of the story, Grant arranged for the family to watch the game with the Dons and ahead of kick-off, he was taken into the home dressing room by Callum Chettle to meet the squad with his favourite player Jack Baldwin presenting him with a signed Posh shirt.

After meeting mascot Peter Burrow, the family watched the warm-up from pitchside before watching goals from Ryan Tafazolli and Marcus Maddison secure a 2-0 win. Manager McCann said: “The family have gone through a lot of late and Ryley has had to cope with so much so it was a tiny gesture to invite them as our guests on Tuesday night.

“Hopefully Ryley and his family had a good time with us and thankfully we could put on a performance and get a result. We have invited them down to the training ground at a later date to spend some time with us and get the chance to get to know the players a bit more.”