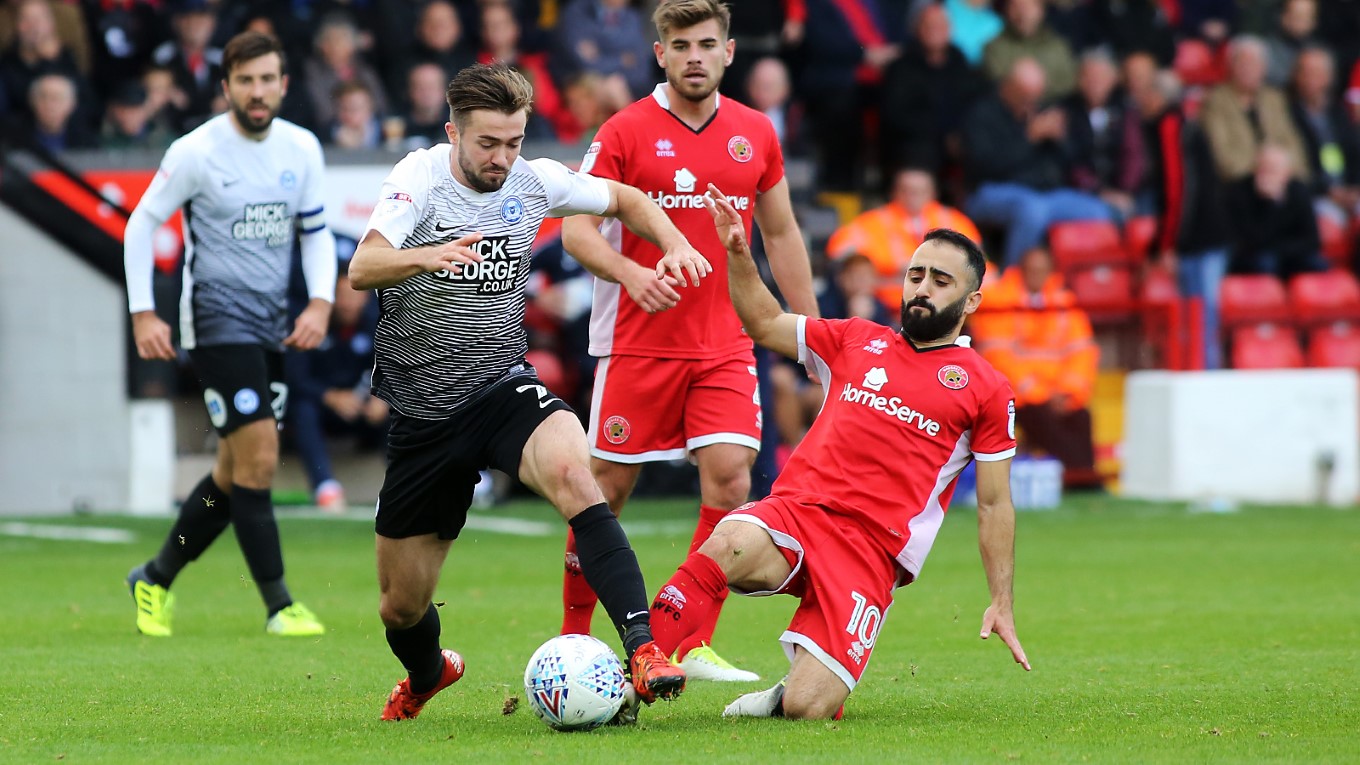 Match report for Walsall vs Peterborough United on 16 Sep 17

Match officials at the centre of controversy as Posh forced to settle for a point.

Jack Marriott was a menace in the opening moments, winning a corner and then forcing goalkeeper Gillespie into a fine save after a low shot from a tight angle. Erhun Oztumer cracked the crossbar with a stunning effort from 30-yards on eight minutes after collecting possession just advanced from the centre circle.

Hughes then saw a looping header from a Maddison corner go over the crossbar on 11 minutes. Marriott volleyed over on 17 minutes after a pass from Edwards to Maddison rebounded into his path. Chambers was cautioned for a late tackle on Maddison on 24 minutes by referee Mr Stockbridge.

Doughty flashed a shot wide of the near post on 27 minutes after a corner from Maddison was only half cleared. Grant was cautioned moments later for a hefty challenge, his fourth caution of the season as we reach mid-September.

The deadlock was broken on 37 minutes and it was the home side who got their noses in front, Leamy’s shot was beaten out by Bond and OZTUMER cracked home the rebound high into the back of the net.

Maddison floated a shot over the bar on 40 minutes after a corner kick was only half cleared by Donnellan. Posh made a double change at the break with Liam Shephard and Chris Forrester replacing Grant and Da Silva Lopes.

Walsall were a whisker away from doubling the score on 53 minutes as Guthrie’s header hit the inside of the post before somehow being hacked to safety. Forrester fired over with his left-foot at the other end.

Taylor saw a header from a Maddison corner blocked before Gwion Edwards was cautioned for a foul. Marriott was denied a superb leveller by a fine fingertip stop from Gillespie as Posh piled forward.

Posh drew themselves level on 70 minutes and it was a fine acrobatic strike from Gwion EDWARDS who saw his volley from a Forrester cross crash against the underside of the bar and into the back of the net.

Posh had the ball in the back of the net on 78 minutes as a deflected cross was stabbed home by substitute Morias, however the assistant referee lifted his flag and then put it down. He then chatted with the referee and gave offside. Very bizarre.

Gillespie shovelled a shot from Hughes away from danger on 83 minutes. Bond made a fine stop as the game moved into four minutes of added time.