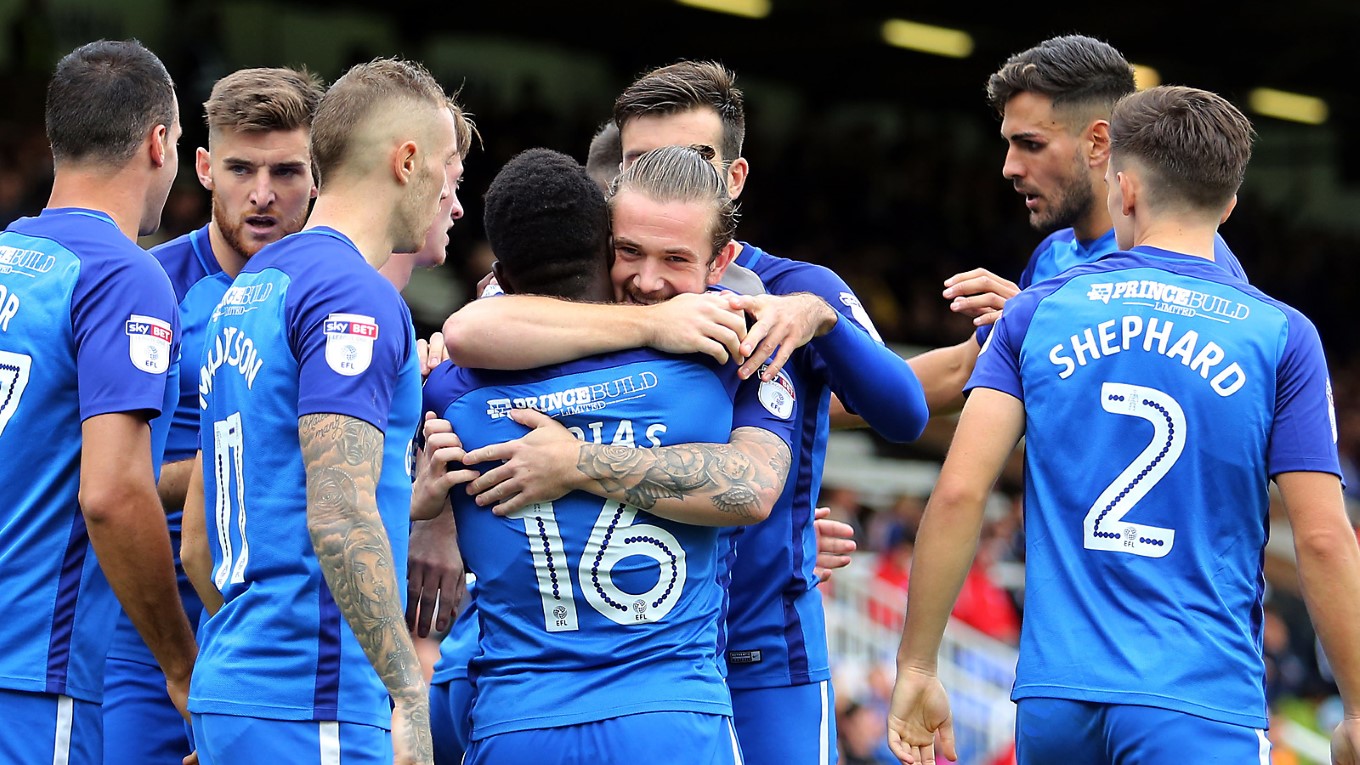 Peterborough United produced a superb display to earn a 3-2 victory against all the odds against big spending Wigan Athletic at the ABAX Stadium with Junior Morias bagging a brace and strike partner Jack Marriott netting his seventh goal of the season with the winner late on.

Michael Doughty was cautioned inside the opening five minutes for a foul by match referee Mr Sarginson. Jonathan Bond was well positioned to claim a towering Ivan Toney header at the back post moments later.

Bond did well again moments later to deny Michael Jacobs as Forrester was dispossessed after severe pressure. Jacobs saw a shot blocked by Tafazolli before Dunkley got away with one after felling Marriott, the referee giving the free-kick not booking the centre back.

Massey sliced a shot over the bar after a slick Wigan move on the quarter hour mark. Posh carved out a wonderful opportunity on 17 minutes as a glorious Maddison delivery picked out Morias at the near post, but he couldn’t keep his header down.

Powell saw a header from a corner bounce over the bar on 23 minutes as Wigan posed a threat from the set-piece. The deadlock was broken on 33 minutes it was extremely fortunate for the visitors as JACOBS shot took two deflections before rolling into the bottom corner.

Bond made a superb stop from point blank range to deny Toney before saving a second deflected Jacobs effort with Taylor doing so well not to handball in the build-up while on the floor, using his head to clear.

Posh were forced into a change on 42 minutes with Edwards limping out of the action holding his groin, Jack Baldwin his replacement. Moments later and Posh had a golden chance to level as Maddison raced clear onto a Morias through ball, but his attempted chip over the keeper was saved by Jones.

Posh got themselves level less than two minutes from the re-start as a wonderful Hughes cross was flicked by Marriott and MORIAS lashed home the loose ball into the back of the net. Marriott dragged a shot just wide of the far post after a wonderful Doughty through ball on 52 minutes.

Grant McCann’s men carved out another wonderful chance in front of goal on 58 minutes as Maddison played through Marriott, but goalkeeper Jones did well to deny the former Luton Town front man.

Bond produced a superb stop to deny Jacobs as he raced clear on goal before Posh made a change with Anthony Grant replacing Doughty. A raking pass from Hughes picked out Maddison on 71 minutes but after taking a fine first touch he couldn’t divert the ball past the onrushing Jones.

On 85 minutes, Posh got themselves in front and what a goal it was too, Junior MORIAS lashing home from 25-yards into the bottom corner. Moments later though, Wigan were level as COLCOUGH tapped home at the back post following a deep corner kick.

On 88 minutes, Posh got their noses in front again as substitute Grant played the ball forward and as the ball bobbled around MARRIOTT grabbed his chance and fired low into the bottom corner to send the crowd wild.

Grant picked up his fifth booking of the season following a late foul.