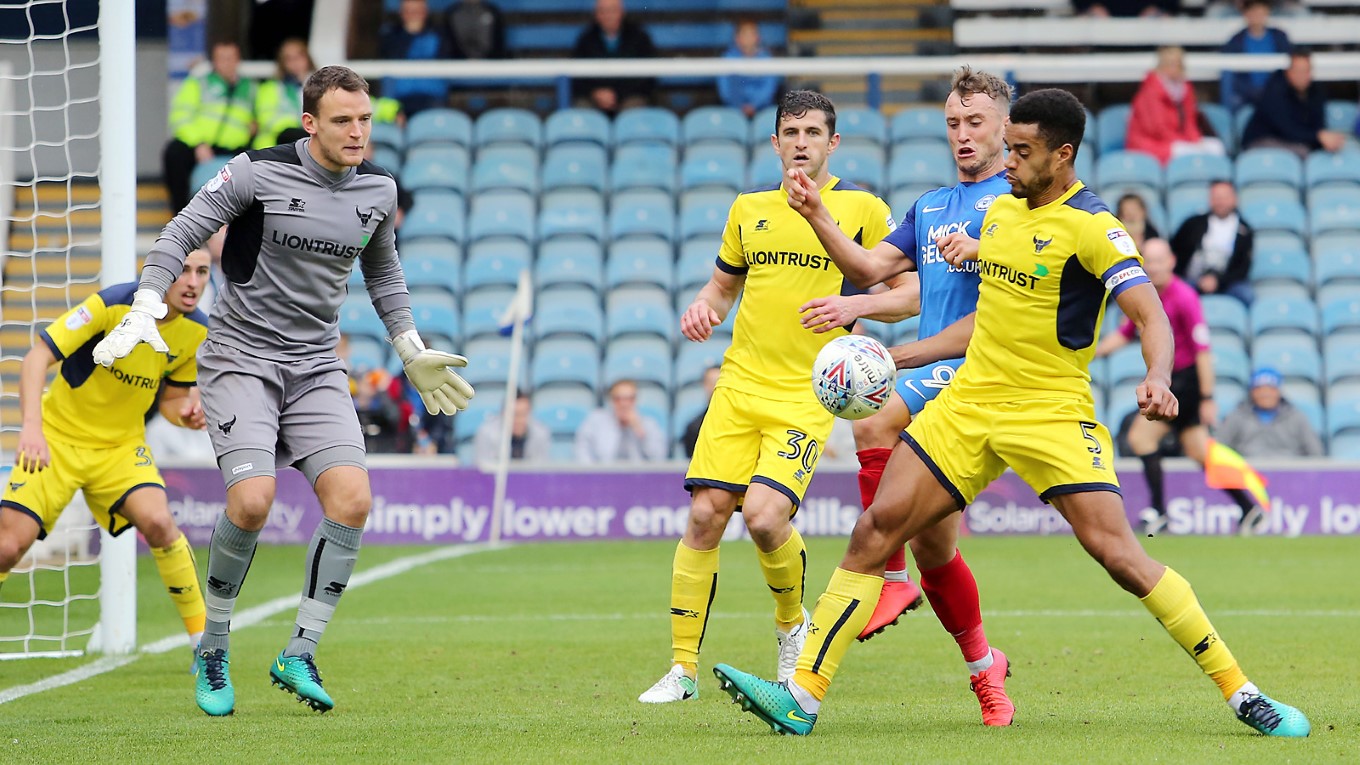 Posh suffer second half humiliation as Oxford score four times without reply at the ABAX Stadium.

Peterborough United capitulated in the second half of their Sky Bet League One fixture with Oxford United scoring four goals without reply as Grant McCann’s men suffered their second league defeat in a row.

Oxford were forced into a change inside the opening ten minutes with Rob Hall suffering a muscle injury to be replaced by Ryan Ledson. The visitors created a fine chance for Wes Thomas on 11 minutes after Jack Payne dispossessed Jack Baldwin, but the striker fired wide of the near post from six yards.

The deadlock was broken on 14 minutes and it came as no surprise that it was Jack MARRIOTT who notched it, coolly finishing past Eastwood after a delightful pas forward from Anthony Grant. It was the first goal in the first half of a game in September for Posh and the third strike in three games for Marriott.

Tafazolli powered a header over the bar from a Maddison corner kick on 22 minutes after Grant had produced a fine raking pass on the half volley to Hughes. Ferreira Da Silva curled a free-kick over the bar from the edge of the box after a foul by Da Silva Lopes was punished by the referee, making his debut at League One level.

Keeper Eastwood produced a fine stop to deny Taylor his first goal at the ABAX, the former Newcastle man seeing his powerful header from a Maddison corner tipped over the bar. Miller was then needlessly booked for preventing the keeper from clearing.  Anderson fired wide on 34 minutes after a sustained bit of Posh pressure.

The visitors drew themselves level within three minutes of the beginning of the second half as a cross from the right was headed home by Joe RUFFELS who was left unmarked at the back post. Miller then struck the post with a right-foot shot after cutting inside before Maddison’s weak effort was comfortable for Eastwood.

The visitors got their noses in front for the first time in the contest on 53 minutes as a ball forward was converted past the advancing Bond by Wes THOMAS. Payne flashed a shot just over the crossbar on 56 minutes after collecting the ball in a bit of space.

Da Silva Lopes was denied by Eastwood after he was picked out cleverly by Maddison as Posh tried to get themselves back into the game. Michael Doughty replaced Anderson in midfield just after the hour mark.

Bond did well to deny the rampaging Payne on 64 minutes as Oxford caught Posh on the counter-attack. Payne powered a header over the top on 66 minutes as the visitors continued to press. Thomas was denied by Bond after racing clear as Posh left plenty of gaps to be exploited.

Maddison saw a fierce effort parried clear by Eastwood before Baldwin stood up an inviting cross for Marriott who couldn’t keep his header down. Posh were undone on the break again on 75 minutes as ROTHWELL slotted home from close-range after Payne picked him out unmarked at the back post.

It was 4-1 on 83 minutes as substitute MEHMETI tapped home from close-range as Posh were left all at sea defensively once again. Miller fired over on 86 minutes as a shell-shocked Posh side tried to find a consolation. Marriott saw a fierce drive well saved by Eastwood before the same player struck the underside of the bar from the resulting corner.