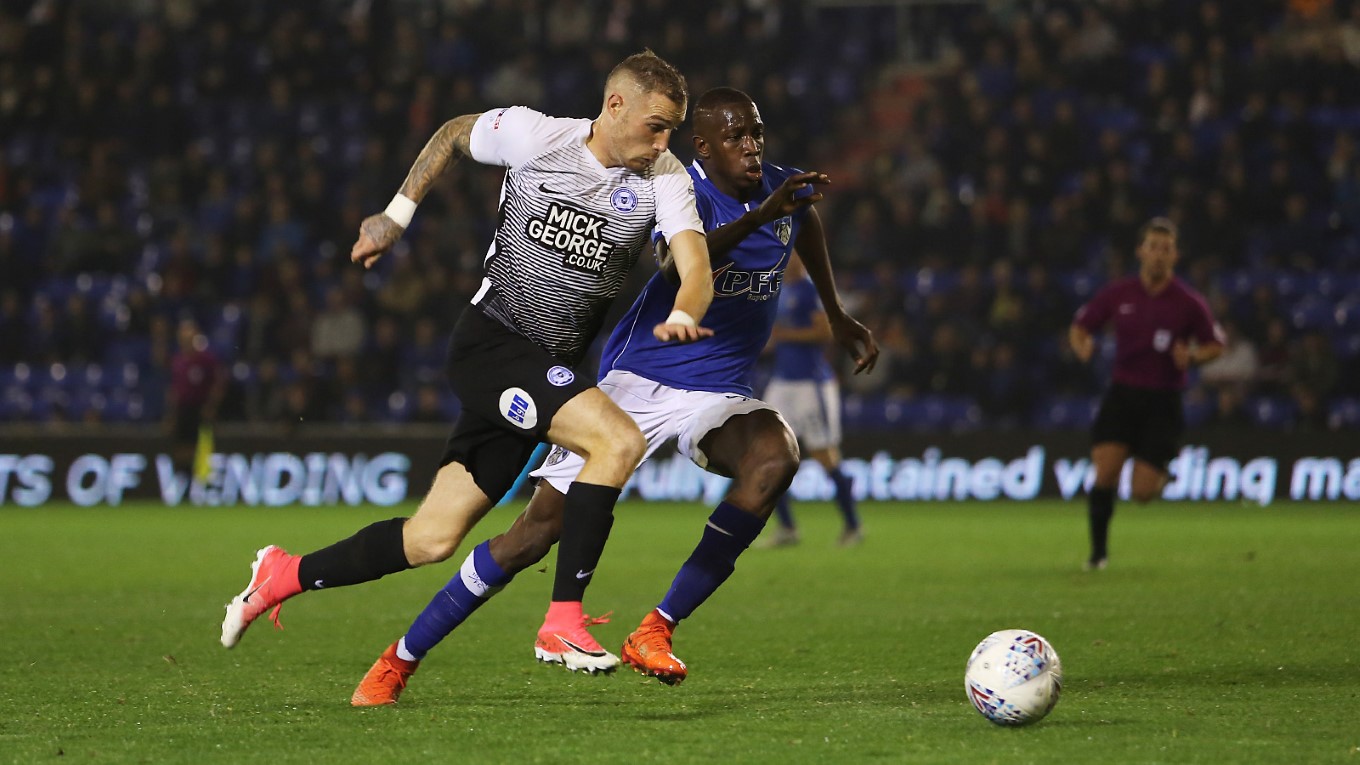 Peterborough United suffered their second league defeat of the season as struggling Oldham Athletic scored twice with 10-men at Boundary Park to record a 3-12 victory as Latics goalkeeper Johny Placide put in a superb performance between the sticks.

Marcus Maddison tested debutant goalkeeper Johny Placide inside the opening three minutes with a fierce free-kick that the shot-stopper did well to tip over the crossbar. Jack Byrne fired a free-kick for Oldham over the bar on seven minutes from fully 35-yards.

A glancing header from Rob Hunt went wide of the far post moments later as the Latics continued to threaten with the home crowd keen to get behind their efforts. Placide did well to dash from his goal-line to deal with a short Bryan back-pass on 20 minutes with Morias desperately trying to intercept.

Morias fired over from 30-yards on 23 minutes after finding a bit of space, but in truth the effort was never troubling the impressive Placide who moments earlier had caught a corner and spearheaded a counter attack with a fine clearance.

Posh were dealt a huge blow on 33 minutes as Morias was stretchered off with a serious-looking injury after appearing to lose his footing as he played a sidewards pass. Idris Kanu was Morias’ replacement in attack, but manager Grant McCann would be delivering a team-talk at the break with Posh again not finding the back of the net in the first half of a fixture in September.

Posh were a whisker away from the breakthrough on 49 minutes as Marriott collected a pass from Maddison and ran at goal, but his left-footed effort from 25-yards crashed against the base of the post.

On 51 minutes, Oldham got themselves in front as Bond could only parry an effort from range and former Chesterfield striker Eion DOYLE stabbed home the rebound with Posh appealing in vain for offside.

Maddison was immediately denied a leveller by a fine stop from Placide who pushed a deflected right-footed effort around the post. Posh got themselves level just before the hour mark as Wilson was shown a straight red card for hauling down Maddison in the box.

MADDISON stepped up and coolly converted the spot-kick via the underside of the crossbar on the day he celebrates his birthday. Bond was well placed to deny Hunt before Forrester’s curler was comfortably for Bond.

Grant McCann made his final change with 20 minutes to go and it was a very attacking one, Ricky Miller replacing Baldwin. Posh should have had another spot-kick on 72 minutes as Miller was shoved in the box, but the referee didn’t give the decision. Keeper Placide then made a double stop to deny Miller and then Maddison as Posh pushed.

Placide was in the right place again to deny Miller on 76 minutes before Forrester floated a poor effort over the bar. However, despite all the pressure, it was the home side who got the third goal of the game as poor defending from Tafazolli allowed Doyle to feed GARDNER who fired past Bond at his near post. Maddison saw a well struck free-kick beaten away by Placide as the game entered the final seven minutes.

Incredibly the 10-men made it 3-1 on 83 minutes as DOYLE was left in space six yards from goal to prod home past Bond. As the game moved into eight minutes of stoppage time, Posh did find another goal as MARRIOTT tapped home from close-range after a Maddison corner caused panic.