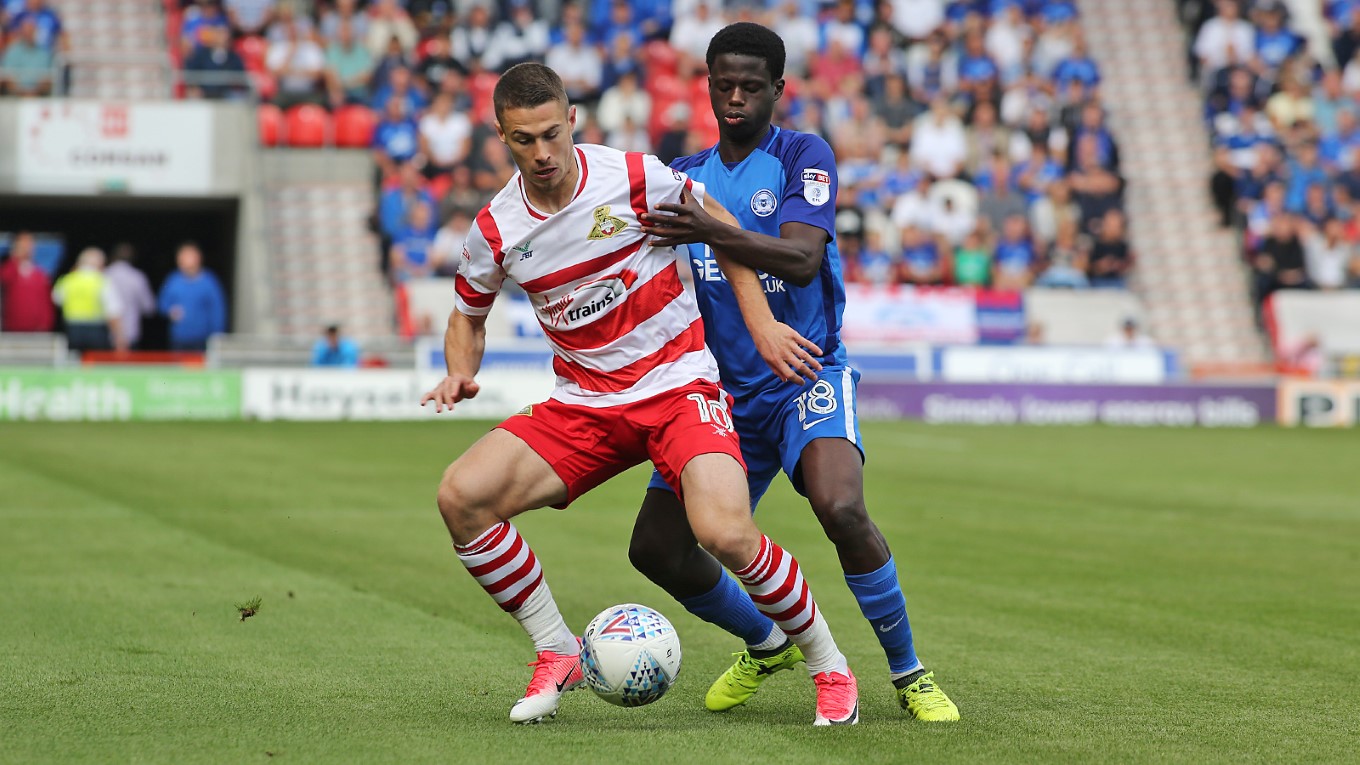 Posh pick up a point on the road at Doncaster Rovers.

After a bright Doncaster start, it was the hosts who had the first effort of the game, Andy Butler heading a corner kick over the bar. From the resulting goal kick, Posh put themselves in trouble as Jack Baldwin miss-controlled, John Marquis then seeing his shot parried clear by goalkeeper Jonathan Bond.

Marcus Maddison and Jack Marriott both saw shots blocked, the latter squeezed out by Joe Wright after an excellent pass from Michael Doughty. Niall Mason fired wide from the edge of the box after good pace and power from Matty Blair down the right.

On 25 minutes, Posh came close to the breakthrough as Maddison, fresh from signing his new deal, cracked the bar with a superb curling effort. Maddison then fired wide moments later after he was picked out by Gwion Edwards.

Maddison saw a right-footed effort deflect inches wide of the near post while Bond was called upon to push a near-post effort wide from the lively May. Grant was cautioned on 35 minutes for a foul by referee Mr Salisbury.

Edwards was next to test Lawlor after cutting inside onto his right-foot, the keeper doing well to get a bit of distance on his parry. Marriott forced his way into the box on 38 minutes but his crisp low strike was well gathered by Lawlor.

Taylor was cautioned by Mr Salisbury for a nothing challenge on May who made the most of it in front of the dugout. One minute of added time was signalled by the fourth official but nothing occurred within it.

Doughty fired over on 55 minutes from the edge of the box after a well-worked Posh move involving Marriott and Maddison. Posh made their first change around the hour mark with Idris Kanu replacing Morias. Andrew Hughes then replaced Da Silva Lopes on 71 minutes with Edwards moving across to right wing back.

Whiteman fired wide from distance moments later as Doncaster found space in midfield. Taylor saw a powerful header well held by Lawlor from a Maddison corner as the game became stretched. Maddison sent a 30-yard curler wide of the target on 87 minutes, ambitious at best.