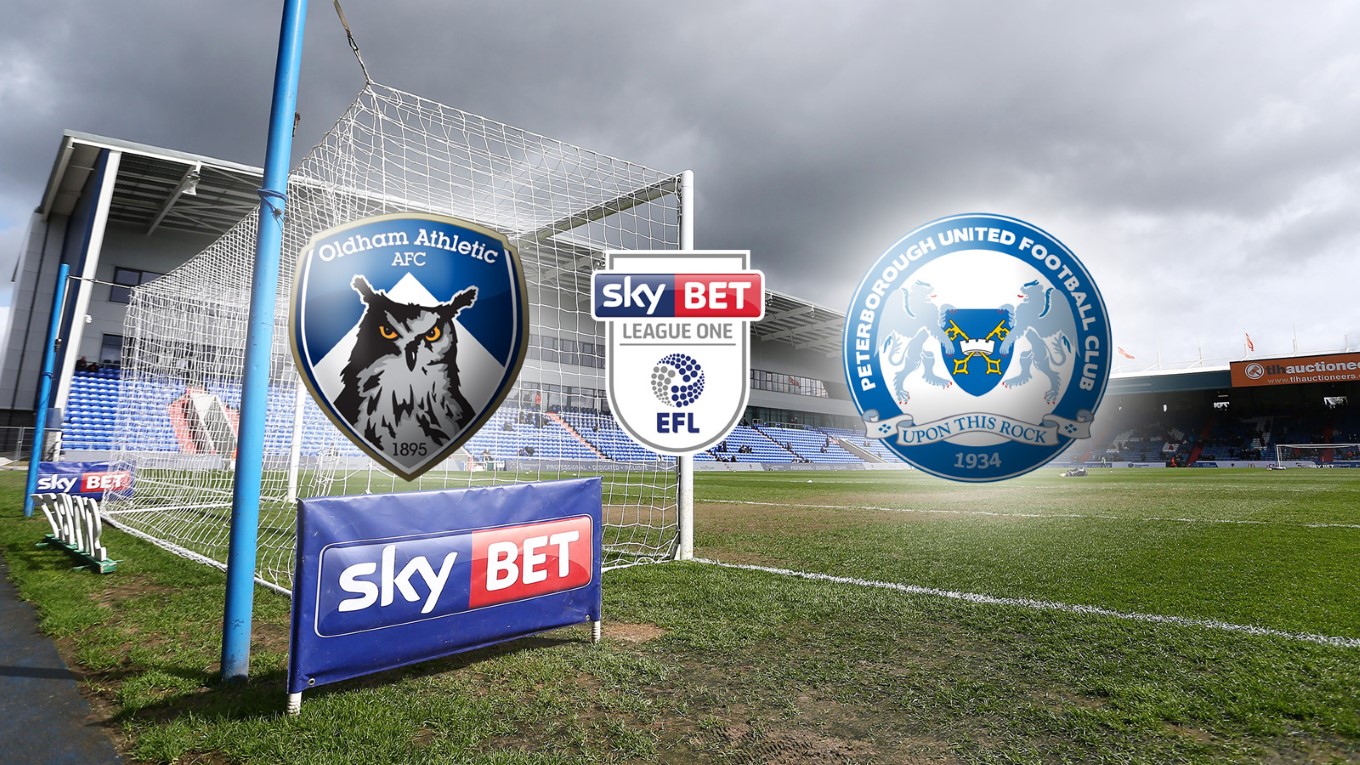 Peterborough United look to build on Saturday’s impressive 3-2 victory over Wigan Athletic at the ABAX Stadium on Tuesday night when they travel to bottom-placed Oldham Athletic in Sky Bet League One action (7.45pm).

However, as like last season, Oldham have parted company with their boss just ahead of the fixture with John Sheridan losing his job after a disappointing start to the campaign. Oldham were beaten 5-1 at Rotherham United on Saturday with Craig Davies scoring the goal of the Latics. In fact, Davies is in decent goalscoring form and will be a threat against Posh.

Posh are waiting on the fitness of Gwion Edwards who was substituted just before the interval on Saturday with a groin problem. Jonathan Bond was passed fit to play in that game and he has been declared fit again by boss Grant McCann. Anthony Grant is suspended after collecting his fifth booking of the campaign at the weekend while Callum Chettle is not yet ready to return.

Oldham are expected to make changes following that heavy defeat to Rotherham with Ollie Banks pushing for a starting berth. The midfielder was an unused substitute. Meanwhile Ryan McLaughlin will be a doubt after coming off just after the half hour mark.

“Oldham is always a tricky place to go, but personally I have good memories. I took my first game in management there after Dave Robertson left at Boundary Park. As soon as the game with Wigan finished we turned our attentions to this fixture. It won’t be an easy game, the players have been made well aware of that.”

Posh had sold just over 150 tickets in advance for the game at 9am on Monday. The game is not all-ticket, but there is a substantial price rise in the adult class on the day, so it is advised to get your tickets in advance.

On the day the price rises to;