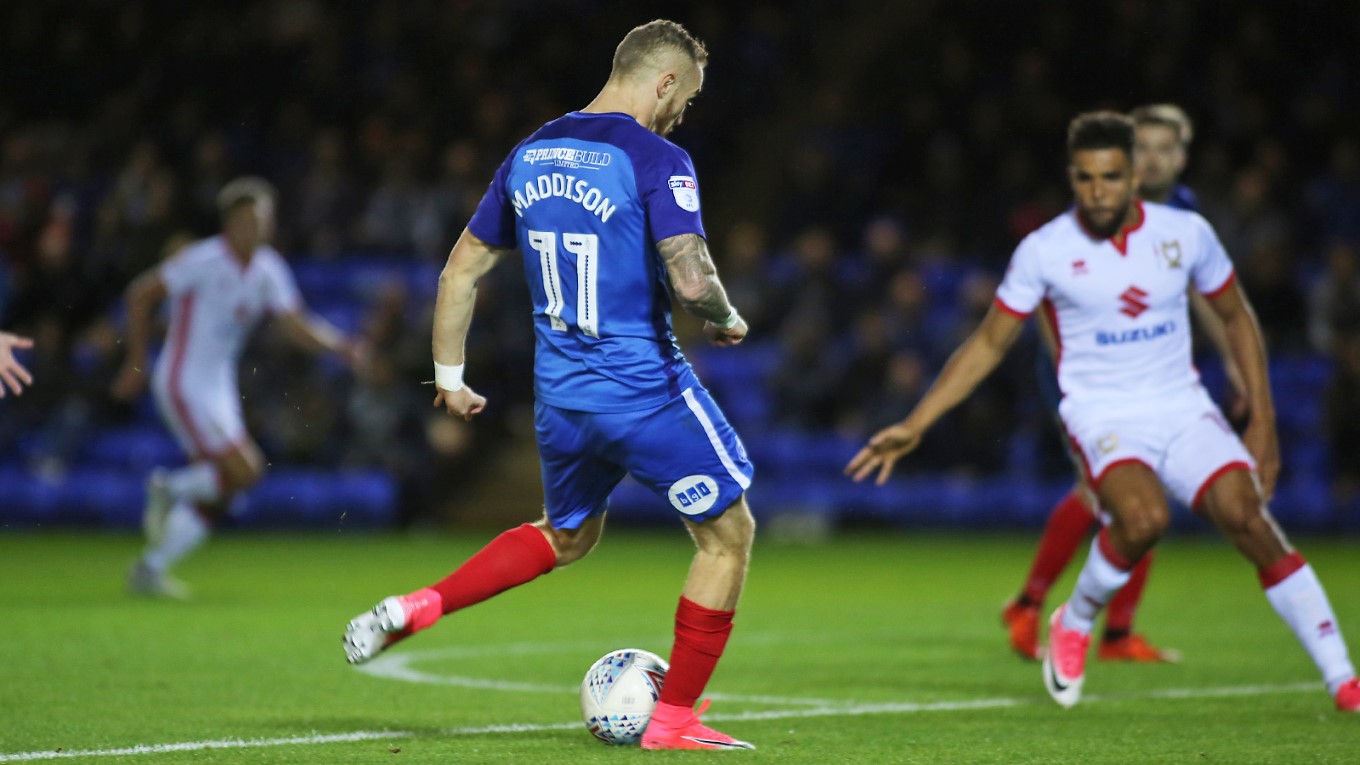 Maddison Pleased With Win Over Dons

Marcus Maddison adds to his growing reputation with another excellent display against the Dons.

Marcus Maddison added to his growing list of influential performances as he made one and scored one in Peterborough United’s 2-0 victory over Milton Keynes Dons at the ABAX Stadium on Tuesday evening.

The former Newcastle United and Gateshead man, who signed a new three-year contract on deadline day, was in inspired form once again for Posh as Grant McCann’s men bounced back from their first league defeat of the season at the weekend, to record a comfortable home success.

“We knew that we had a quick chance to put things right from the weekend and we bounced back in the right way. I felt it was a game where we could have scored more goals, from set-pieces we looked dangerous and on the counter-attack we had a few opportunities to add to the goals that we scored. I was happy with my contribution, to create and score another, but it was more important that we won the game.

“The first goal in the game meant that Milton Keynes had to come out and that created a bit more space. In the first half, I was getting frustrated because they put a lot of their men on me, but I take that as a compliment and if more players are marking me, it creates more space for the rest of the team.

“It is really enjoyable for me, the front men are looking to make runs in behind and we have a lot of pace in the side. We had four players come into the starting line-up and they are performed really well which shows what strength we have in the squad. It was great to score in front of that end, the fans were very good again.

“Just like we, as players, have got each other’s back, the fans are very much behind us and it is a good place at the minute. We are looking forward to the game on Saturday at Walsall. It will be good to see Erhun Oztumer again, we are good mates off the pitch and he is a very good player,” Maddison said.