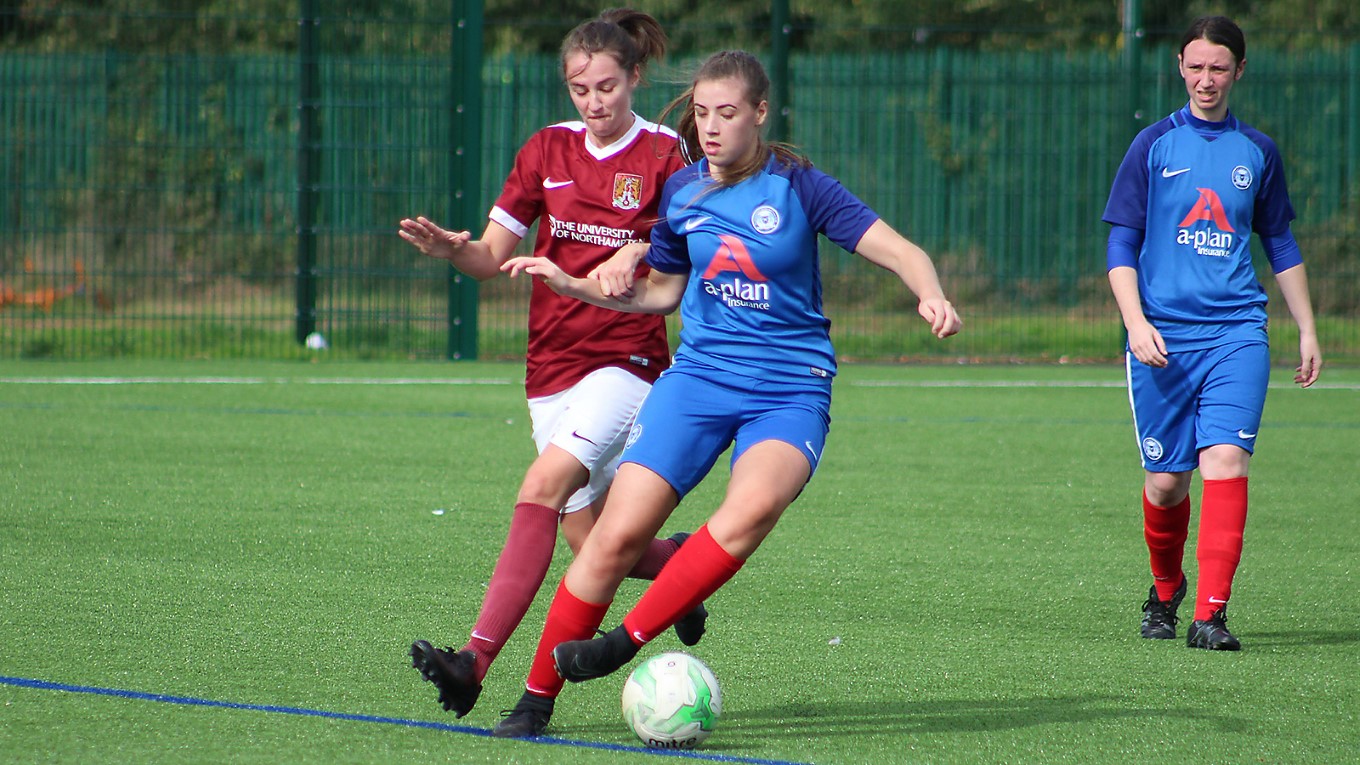 Peterborough United last minute equaliser on Sunday afternoon was enough to secure a point against league rivals Northampton Town. Northampton Town went into the game with a 100% win record this season and looked likely to continue their form when they were 2-0 to the good at half time.

After a bright opening ten minutes from Posh, Northampton began to show their qualities and punished Posh in what was a lacklustre performance from the ladies in the remainder of the first half.

Posh came out in the second half with a completely different attitude and showed character and desire to overcome the deficit. Emily Smith scored the first of the comeback, after she cut in from the wing and let fire with a stunning right footed 20 yard strike. Substitute Tash Applegate then played in top goalscorer, Keir Perkins who poked the ball past the oncoming Cobblers keeper to make it 2-2 with 20 minutes remaining.

Both sides continued to press with chances squandered at each end. With 5 minutes remaining, Northampton Town scored what they believed to be the winner after some controversy in the build up to the goal. Posh failed to give up and deep into injury time, won a corner which Bronwyn Mulheron scored after an excellent delivery from Applegate.

The draw was nothing less than Posh deserved, based on their second half performance. A fantastic game for the neutral and played in the spirit of a true Posh v Cobblers fixture!