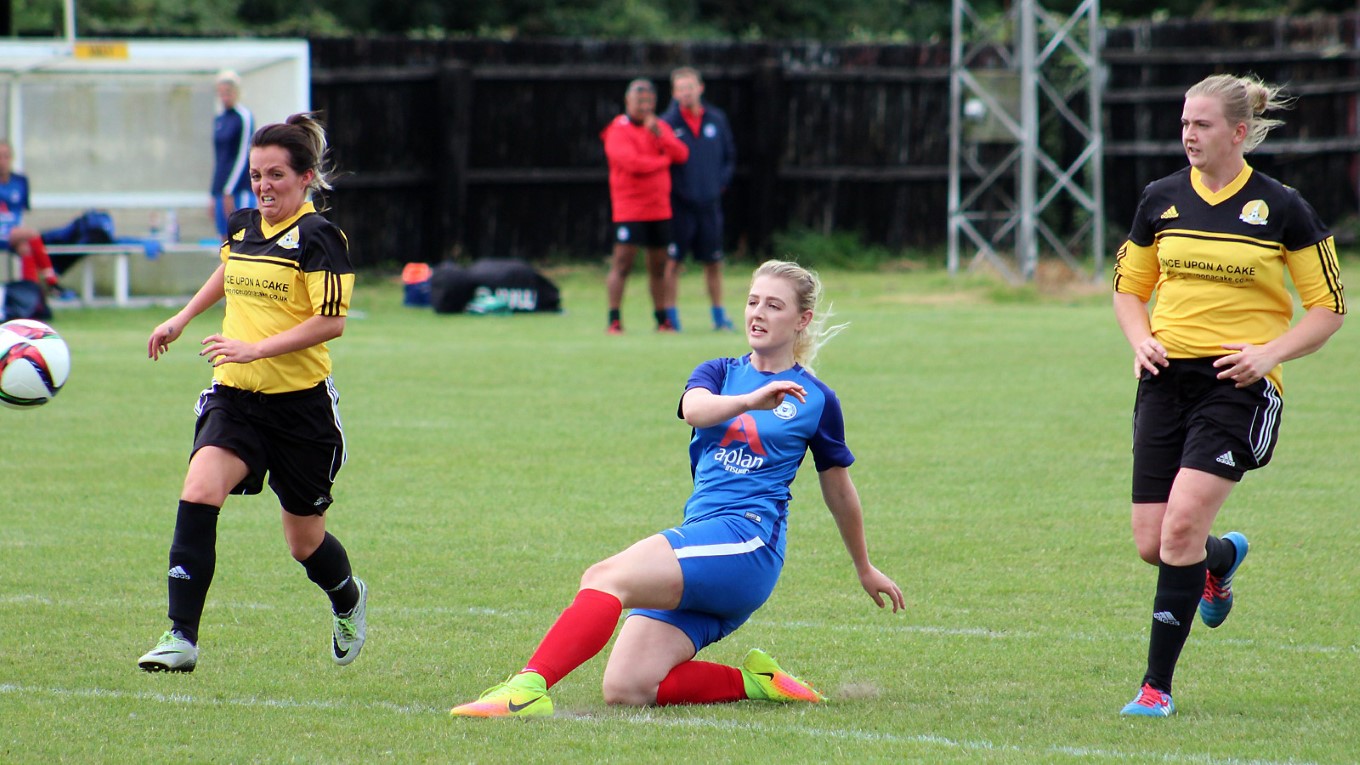 The relentless pressure finally paid dividends in the 42nd minute when a through ball found Keir Perkins who slotted home past the March goalie to make it 1-0. The Posh lead was doubled in the 44th minute when Jess Driscoll was tripped in the penalty box after turning her marker. She took the resultant penalty and coolly slotted the ball past the goalkeeper.

The second half continued in a similar vein with Peterborough United Ladies dominating possession. The third goal came in the 56th minute when Amy Challis scored with a delightful 20 yard lob over the out stretched arms of the March goalkeeper.

Peterborough Ladies extended their lead in the 73rd minute with Keir Perkins making it 4-0 when she fired in a right footed shot high into the top left of the net. There was still time in the 88th minute for Jess Driscoll to make it 5-0 when she lobbed the ball some 20 yards past the despairing March keeper.

This was a comfortable win for the Peterborough United Ladies who played on occasions with great speed and skill. A lot of credit should go to the March Town team who stuck to their game plan and frustrated the Ladies for nearly 45 minutes.

The Ladies will now go on to meet Peterborough Northern Star in the next round.