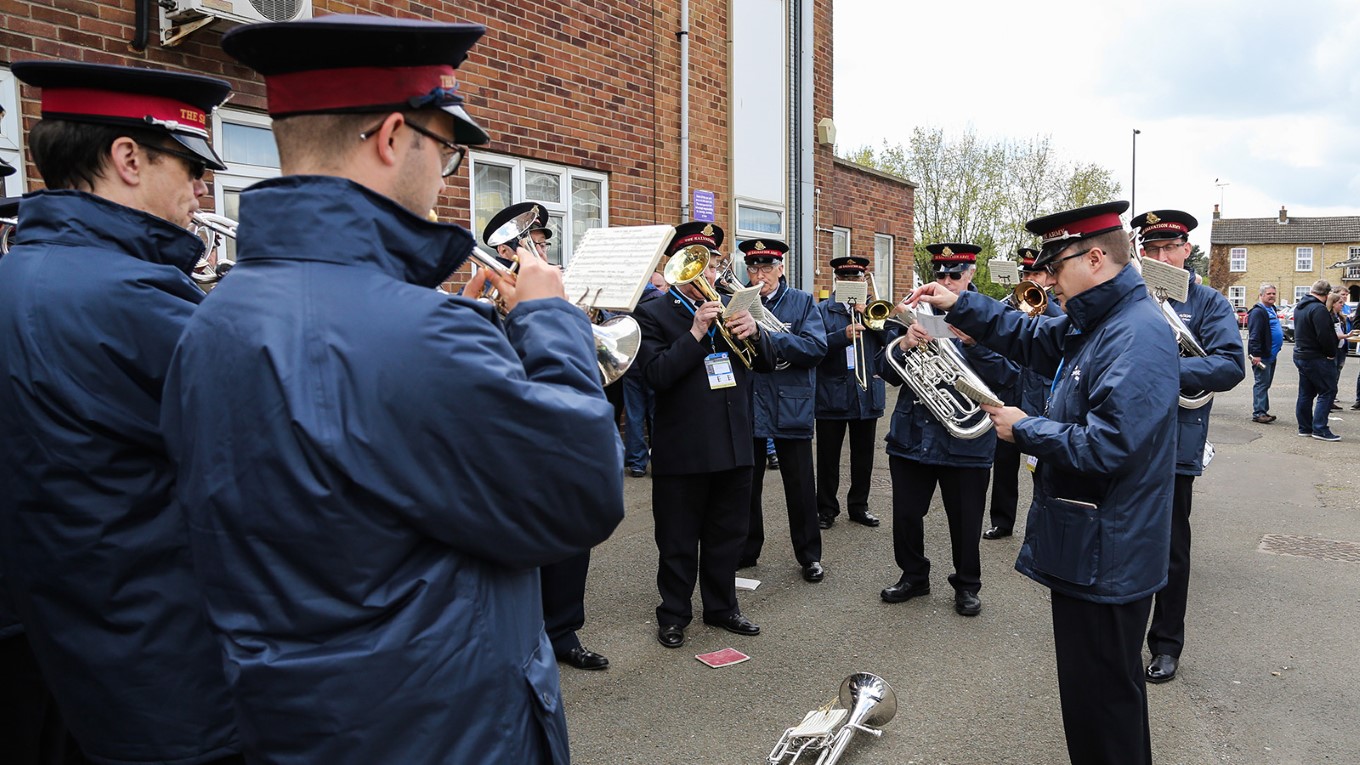 Fun For All The Family In The Fan Zone

Plenty going on at the ABAX Stadium on Saturday as Posh entertain Bradford City!

Peterborough United are back at the ABAX Stadium on Saturday afternoon with Bradford City the visitors and the fan zone will be jam-packed with activities and entertainment from 1pm. In fact, just ahead of 2pm, the club are pleased to confirm that the Salvation Army will be in attendance to entertain supporters.

The current Band numbers 31 strong, men and women representing a broad span of ages as well as backgrounds, professions and personalities. Amongst the band you will find those involved in accounting, banking, computing, public services, the police, insurance, engineering and plumbing plus many more occupations including those who have entered the retirement profession!

The Band is involved in the full range of corps activity and is proud that its members can be found in positions of leadership in other sections and activities within the corps. It has been, and continues to be, at the forefront of new ventures and activities within the corps. The Band also conducts regular services and concerts in the city and its surrounds assisting others with fund raising etc. It is in particular demand over the Christmas period when it is responsible for spreading the message from small groups of listeners to thousands in the Cathedral on Christmas Eve, a highlight for all. The Band will be performing a host of hymns and marching songs so please give them your support!

Situated close to the ticket office and next to the Posh Venue, there will be plenty going on for all of the family. The hugely popular FootDart board will be in attendance, so if you fancy combining your Phil Taylor skills with your Philip Coutinho abilities, then why not give it a go.

We also have the speed kick machine inside the zone which allows you to show off how powerful you can be with your finishing with sponsors Princebuild looking after that for us. The FootPool table also makes a welcome return!

The Mick George target zone is always popular with youngsters and adults alike while refreshments are provided by the Crepe Cabin and you don't want to miss out on their fantastic range of crepes! Peter Burrow will be meeting supporters in the zone, while a number of players not involved in the fixture will be on hand to sign autographs and pose for pictures.

The zone will be open from around 1pm so make sure you arrive in plenty of time to get involved! The Posh Venue will also be open for all supporters rather than just members. The Fan Zone will be the place to be ahead of kick-off throughout the campaign with singers, bands, DJs, freestylers and much more booked to entertain supporters.