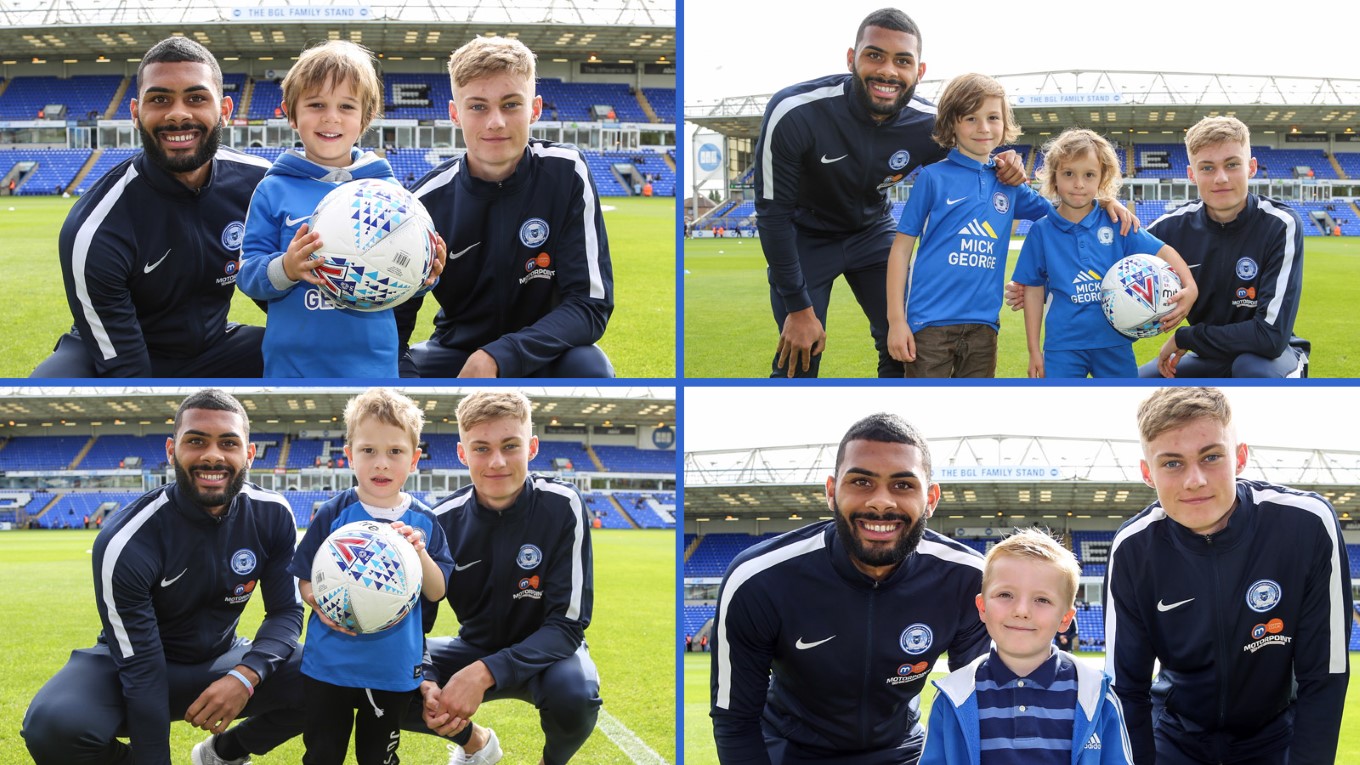 It wasn't just the thrilling victory over Wigan that will last long in the memory for some young Posh fans.

The football club was thrilled to welcome several new young supporters to the ABAX Stadium on Saturday for the Sky Bet League One meeting with Wigan Athletic and gave them a glimpse of life behind the scenes on match day.

Four sets of families called the club and explained they were bringing their children/nephew to a game for the first time, so we arranged for them to meet club Press Officer Phil Adlam at reception at 2pm.

They were then taken through the tunnel to pitchside where they met several first team players who were not involved in the match day squad before being given a memento of that experience by club photographer Joe Dent.

One of the attendees, 4-year-old Jacob has apparently not stopped talking about the experience and is spending a lot of time checking out the photo of him with the match ball.

If you are coming to the ABAX Stadium for the first time, particularly if you are bringing youngsters to a game, get in touch with Phil via email at phil@theposh.com and hopefully we can help create a lasting memento of the day whatever the result.