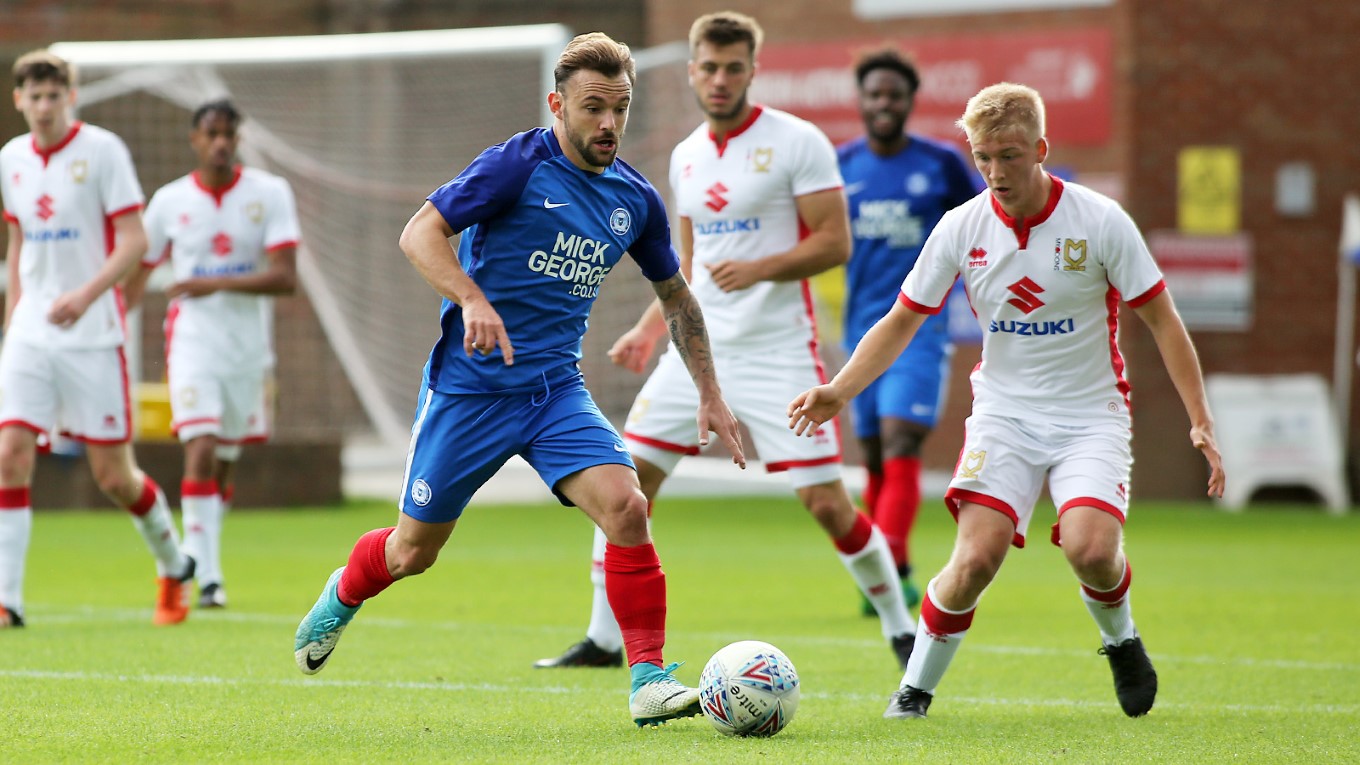 Plenty of goalmouth action at the ABAX Stadium as both reserve sides go goal crazy.

The Peterborough United reserves were beaten 6-4 by their Milton Keynes Dons counterparts at the ABAX Stadium on Wednesday afternoon in a high scoring contest that saw both sides throw plenty of caution to the wind.

Posh made a lively start to the Central League Cup tie and opened the scoring inside four minutes as Idris KANU was in the right place at the right time to nod past the keeper after James had prevented an own goal following a wonderful left-footed delivery into the box by Danny Lloyd.

Lloyd saw a powerful volley tipped around the post by James on 11 minutes after a raking pass from Adil Nabi had picked him out. Matty Stevens powered a header over the crossbar on the quarter hour mark after another good ball into the box.

It was 1-1 on 18 minutes as a deep Asante cross was headed against his post by youngster Hart and ANEKE was there to gobble up the rebound, firing high and powerfully into the back of the net. On 21 minutes, Posh got themselves back in front and it was a wonderful finish from Adil NABI who rifled the ball into the top corner from just inside the box.

The Dons were soon level though as a speculative low shot from MUIRHEAD found the bottom corner of the net from around 20-yards. And MUIRHEAD was at it again moments later as he raced clear, rounded O’Malley and slotted the ball into an empty net.

Penny saw a header from a Lloyd corner cleared off the line while at the other end, the same player did well to divert a low cross behind for a corner. MK Dons made it 4-2 on 51 minutes and it was MUIRHEAD again to complete his hat-trick, twisting and turning before a powerful drive beats O’Malley.

O’Malley then did well to beat away a fierce drive from Aneke as MK Dons threatened a fifth goal. Nabi was denied by James after a slick one-two with Anderson on 58 minutes. Posh reduced the arears on the hour mark as LLOYD was tripped in the box after a strong run and it was he who stepped up to coolly convert from the spot.

Posh were awarded another penalty on 63 minutes as NABI was needlessly pushed in the box and the midfielder stepped up to send the keeper the wrong way from the spot for his second of the game and to tie the match at 4-4.

Lloyd sent a curler over the bar from 30-yards after linking well with Nabi before the visitors struck the outside of the post through one of their young substitutes. The Dons got a fifth goal on 83 minutes as an Asante shot was parried by O’Malley into the path of the onrushing BELL who bundled the ball home from a dubious offside position.

It was 6-4 to the visitors on 87 minutes as BIRD was afforded time and space to finish from six-yards. Bird cracked the crossbar moments later as the Dons ended the game strongly.