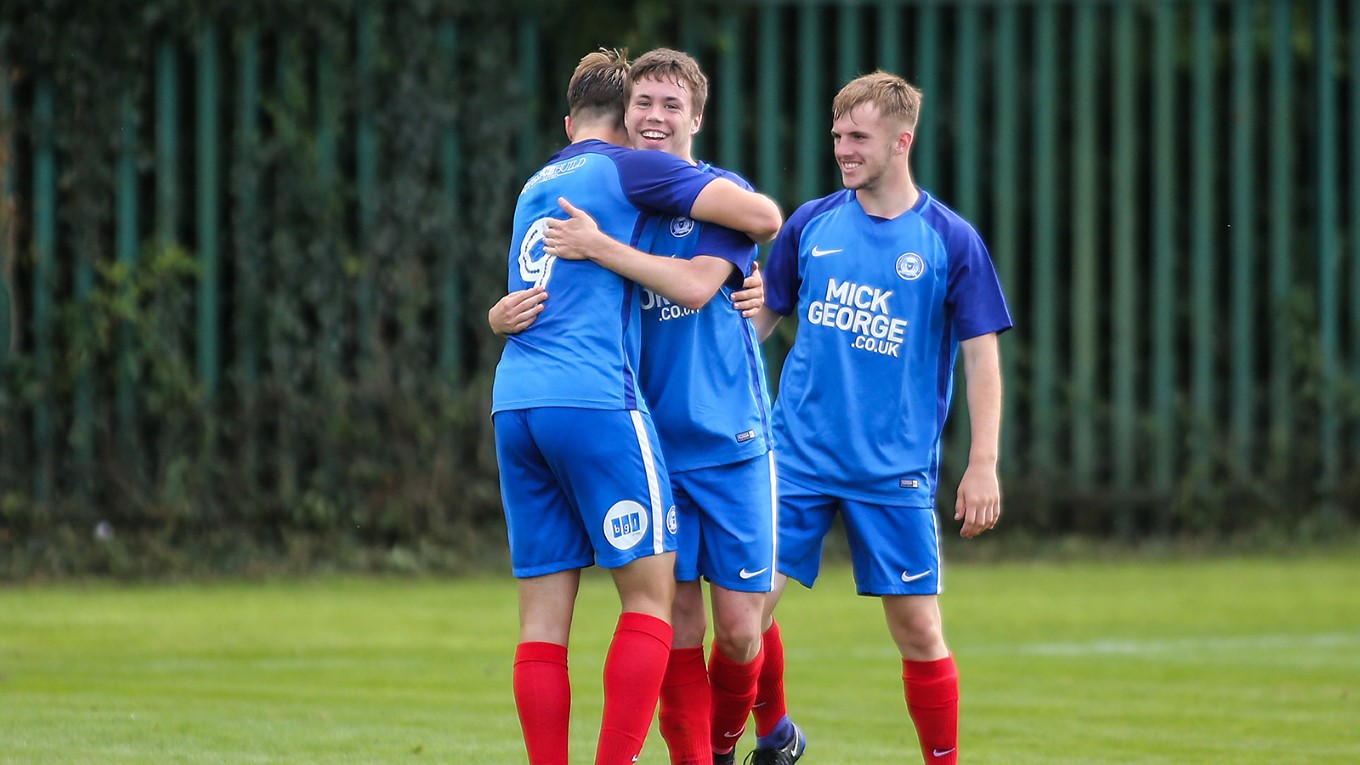 Brooks Among The Goals As U18s Make Progress

The Posh Under 18s record comfortable cup win and then hold Luton to a draw in latest round of fixtures.

The Peterborough United under 18s followed up a comfortable 3-0 success over Dagenham and Redbridge in the cup with a gritty 1-1 draw against Luton Town as two games in three days tested the fitness of David Farrell’s men.

Goals from Josh Davison, Ollie Shackleton and Harry Brookes earned the success over Micah Hyde’s Daggers at the Mick George Training Academy in a game that was moved to the Thursday on the request of the opposition.

Posh had numerous chances, particularly in the first half, to add to their tally but a combination of wasteful finishing and good goalkeeping kept the score at three. Farrell was pleased with a lot of what he saw and believes the group of players are making strides.

“The lads are started to show more consistency in their play now in terms of taking that intensity from the training sessions from Monday-Friday into match days, their concentration is better and as I said in the dressing room before the cup game with Dagenham and Redbridge, if those aforementioned things are right, you will win the game, and they did.

We pressed them well and when we had the ball we created a lot of chances and we could have been four or five goals to the good before the break and that is the next stage for them, making sure they add that ruthlessness to their game,” Farrell said.

On Saturday, Brookes was again on target as Posh earned a 1-1 draw against the Hatters with goalkeeper Lewis Elsom saving a penalty. Farrell described the performance as ‘gritty’ as the players dug in to secure a point.

“It was a good challenge, it was quite unusual to play two games in three days but it was a good test not just physically but also for their adversity because it was a tough battle. As a professional footballer, you may well have that challenge of playing games very quickly, like the Easter or Christmas periods, and they dealt with that well.

As coaches as well, it was a good challenge for us. We had to manage the players in terms of minutes, but we did that well and Brooks managed to get another goal as we got a 1-1 draw,” Farrell added.