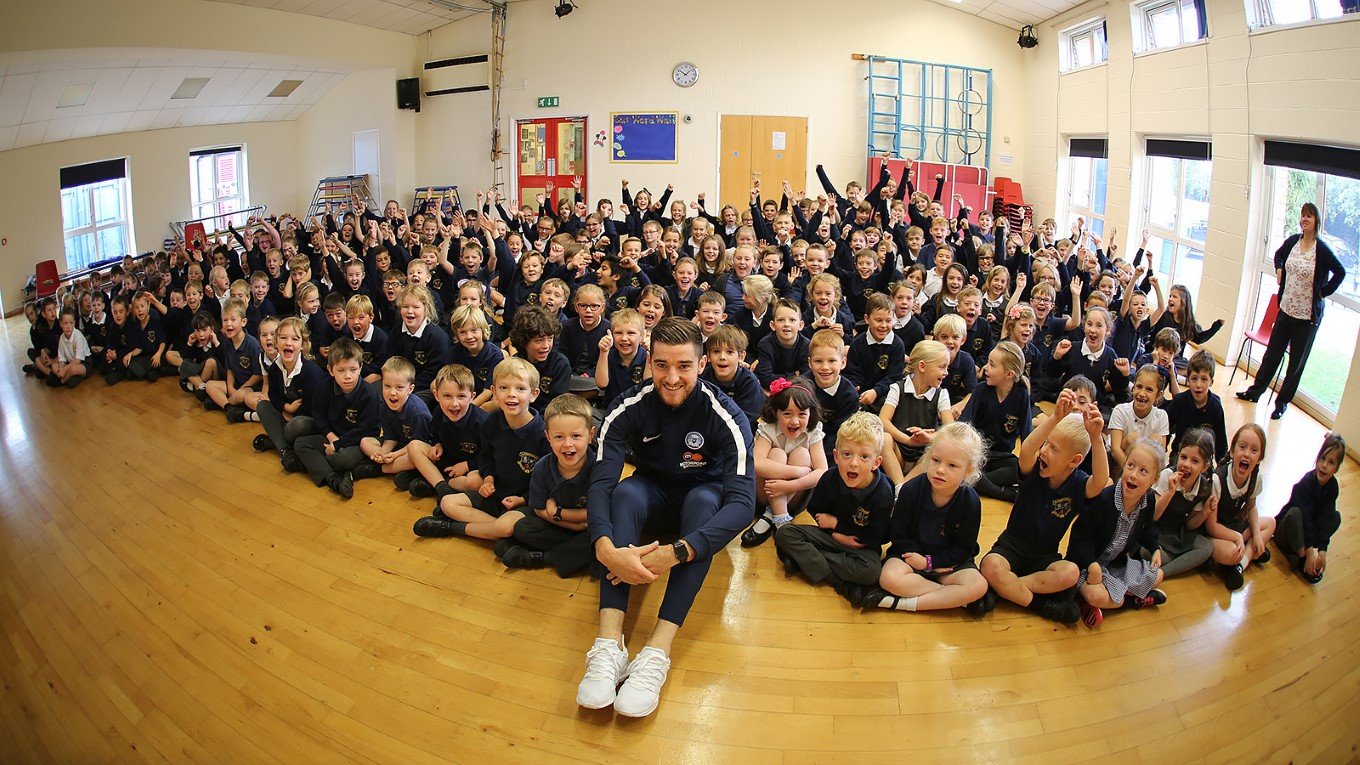 Peterborough United club captain Jack Baldwin kicked off the schools initiative for the 2017-2018 campaign with a visit to Langtoft Primary School alongside mascot Peter Burrow and both proved a massive hit with pupils.

Baldwin and Peter Burrow were present in the morning assembly with each pupil receiving a free ticket to a forthcoming home fixture at the ABAX Stadium. The ticket also enables the parent to receive a ticket for half-price.

In the assembly, the pupils watched a DVD of some of the goals scored by Grant McCann’s men this season and were told about the other activities they can get involved in on match days in the Fan Zone.

Peter Burrow spent time following the assembly signing autographs for the youngsters and high fived every kid at the school.

Baldwin said: “It was great to see the youngsters were so enthusiastic about our visit and they certainly made plenty of noise when watching some of the goals! It is important that as a club we get out to as many schools as we can to try and encourage some of the youngsters to come and watch us play. Hopefully visits like the one at Langtoft Primary School on Monday morning can entice the next generation of Posh fans.”

The football club have already scheduled plenty of more school visits over the next couple of weeks, but if you work at a school or just would love to see us visit your child’s school, please email phil@theposh.com.