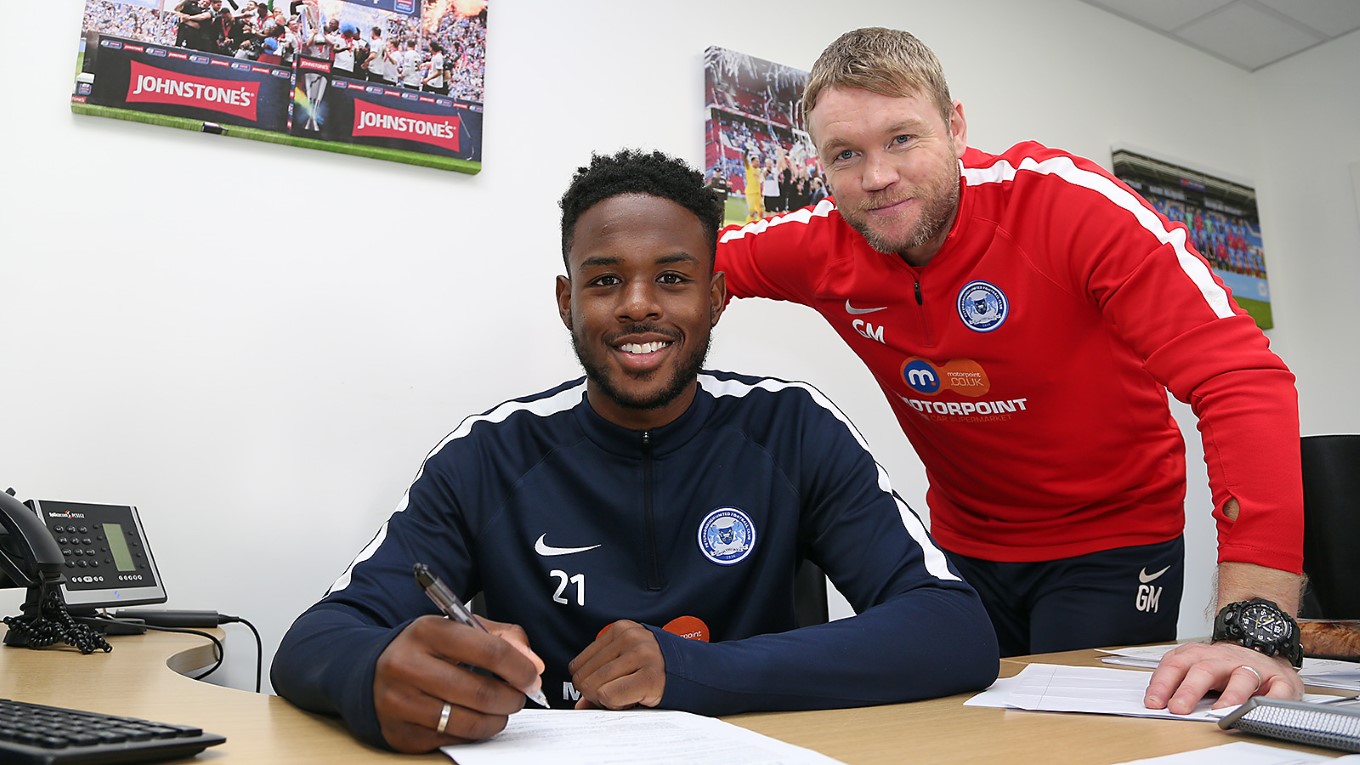 Jermaine Anderson has penned a new two-year contract with the football club.

Peterborough United are pleased to announce that talented midfielder Jermaine Anderson has put pen to paper on a new two-year contract the ABAX Stadium, keeping him at the club until 2019.

Anderson is now the football club’s longest-serving player after joining from Arsenal’s Academy in 2012 and after fighting back from two long-term injuries, is now fully fit and available for selection and believes the next two-years are vitally important.

“Firstly, I want to thank the chairman Darragh MacAnthony, the Director of Football Barry Fry and the manager Grant McCann for showing so much faith in me and it is up to me now to repay that faith and kick-on. I can now fully concentrate on my football and it is down to me to work hard in training and try and demonstrate that I am ready to come into the starting line-up.

“I have been here a long time and it feels weird to hear I am the longest-serving player because I still feel young. I know this club and have been part of a lot of squads, but this really does have a great vibe, the players are very close and we all want to succeed together. I try and help the younger guys in the squad, Leo and Idris as much as I can.

“It was tough being out of the game for so long, but I came back a little bit earlier than expected and that gave me that taste for it. It was great to get back out there and play a few games, both physically and mentally and now I need to kick-on,” Anderson said.

Chairman Darragh MacAnthony added: “Jermaine is one of our own. He has come through the Academy and is a huge talent. He is still only 21-years-old and has a lot of years ahead of him so we are really pleased he has committed himself to the club. He is now fully fit and we are all looking forward to watching him kick-on.”