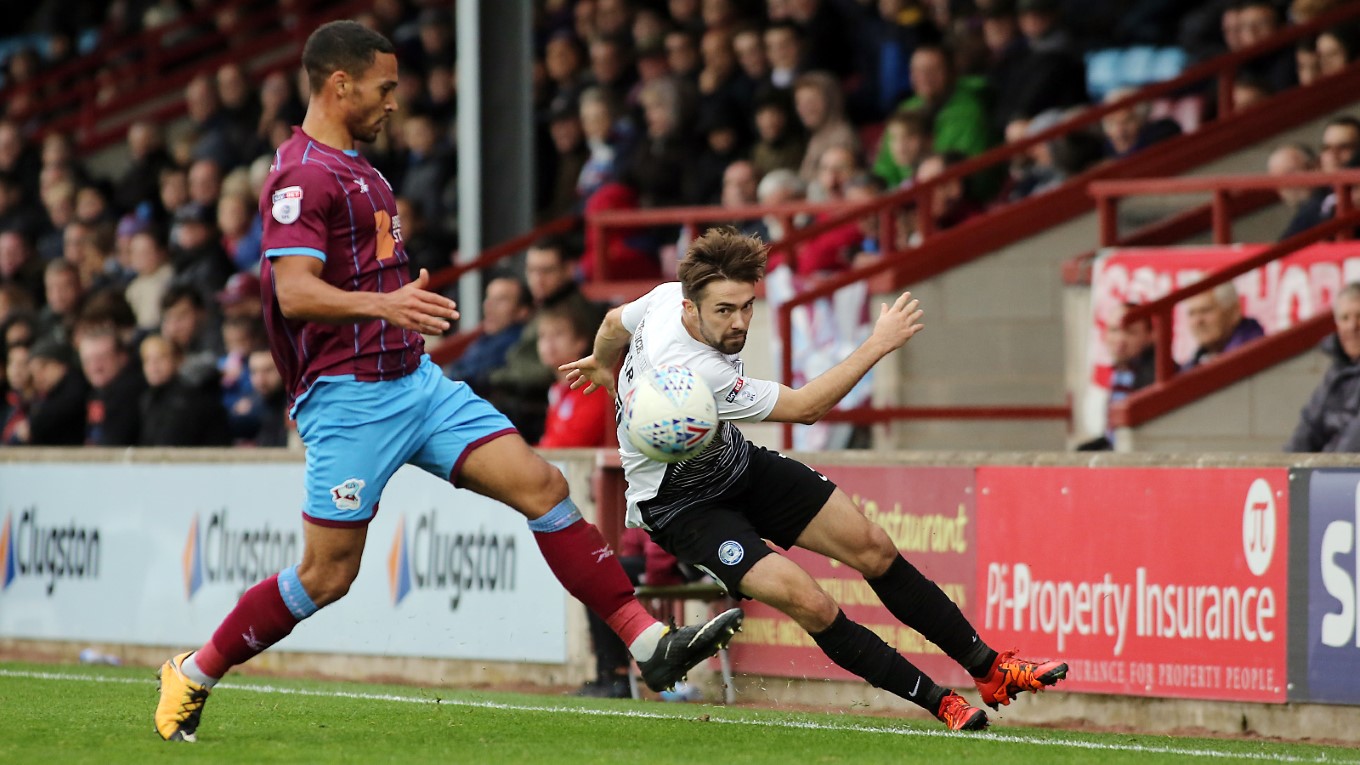 Peterborough United were beaten 2-1 by Scunthorpe United as the hosts came from behind to win.

Peterborough United were beaten 2-1 by Scunthorpe United in Sky Bet League One action as they were punished for a late error by a side who in truth, didn’t really cause too many problems throughout the 90 minutes. However, it was a punishing and frustrating defeat for Posh who face Shrewsbury Town at the ABAX Stadium next Saturday.

In difficult conditions, with the wind swirling around Glanford Park, it was Grant McCann’s men who made the brighter start, winning a number of corners and seeing a wild effort from Liam Shephard go wide of the near post after a patient build-up.

A wonderful free-kick from Marcus Maddison caused panic in the Iron back-line on 16 minutes with Steven Taylor the closest to stabbing home a loose ball but it appeared to rebound back into his path and over the bar.

Liam Shephard was well placed to clear off the line from a downward McArdle header moments later after a good dink into the box by Novak. Marriott drove a shot wide from just inside the box on 25 minutes after a strong run from midfield by Jermaine Anderson.

Holmes was rightly cautioned for bringing down the marauding Edwards with Maddison testing the keeper with a rasping drive from the resulting free-kick. Bishop followed Holme into the book following another crude tackle on Edwards.

The home side made a change at the break with the booked Holmes replaced by Hakeeb Adelakun at right back. Morris squandered the clearest opening of the game moments after the re-start as a pass deflected into his path, but leaning back he fired well over the crossbar with his left-foot.

Madden headed over from a raking Bishop pass on 48 minutes as Scunthorpe continued to dominate the early moments of the second half. The deadlock was broken moments later and it came from Posh, a wonderful deep corner from Maddison was volleyed home with superb power and accuracy from close-range from HUGHES.

Clarke fired into the ide-netting for the home side after a good pass from Bishop as the game became a bit stretched. Posh made their first change on 69 minutes with Callum Chettle replacing Anderson.

Bishop sent a volley over the bar from long-range on 72 minutes before Adelakun curled an ambitious shot over after finding a bit of room. Marriott fired a free-kick from long range over the bar as the game moved into the last 15 minutes.

New signing Simon Church as was introduced by manager Graham Alexander and he nearly had the desired effect, inches away from a Morris cross. The home side got a leveller rather against the run of play on 79 minutes as Adelakun’s cross was powered home at the near post by Lee NOVAK.

Bond did well to gather a curler from Church as Posh began to tire. Shephard was booked for a foul on 84 minutes before Ricky Miller replaced Da Silva Lopes. On 88 minutes, Scunthorpe were gifted the chance to win it as a calamitous short back pass from Hughes  was intercepted by Church who rounded Bond only to be brought down by the keeper. MORRIS stepped up and coolly scored the spot-kick. Bishop crashed a shot wide of the target as the game moved into stoppage time.