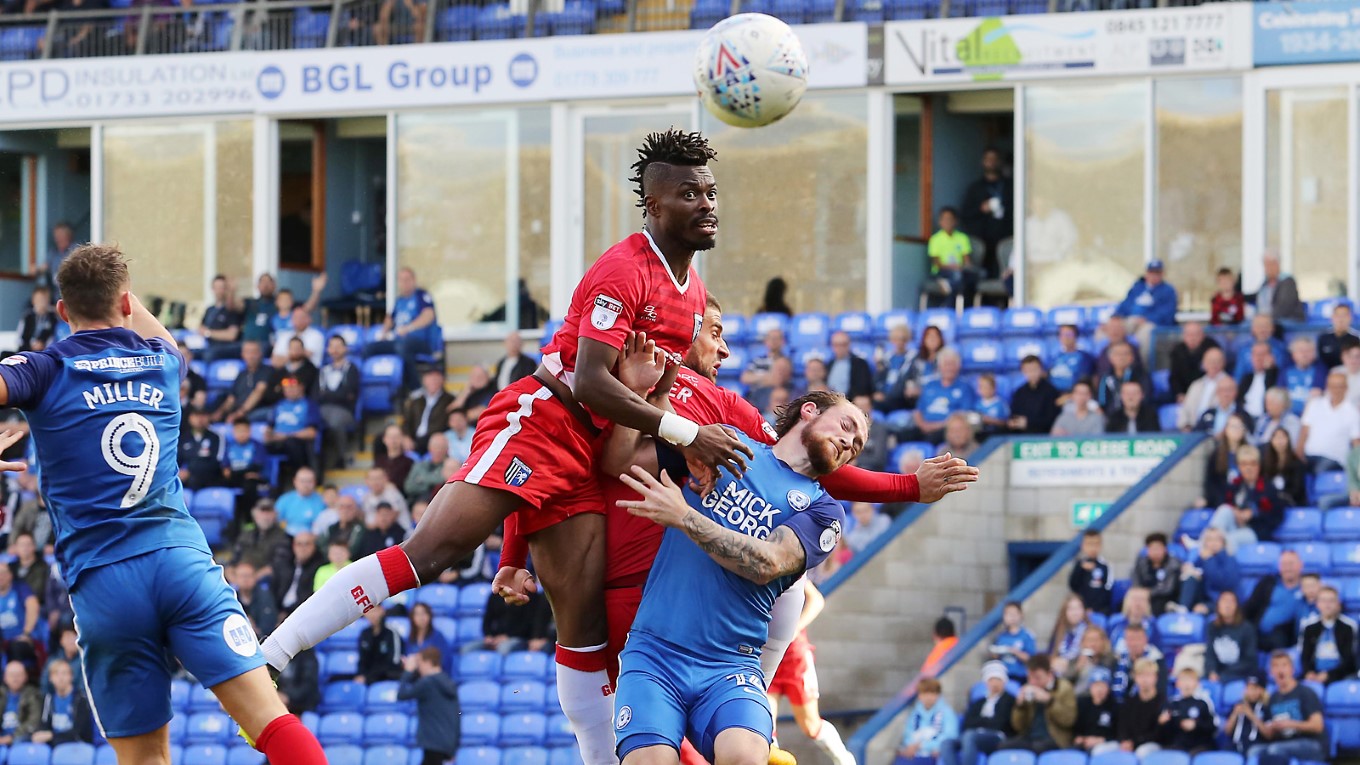 Match report for Peterborough United vs Gillingham on 14 Oct 17

Narrow defeat for Posh at the ABAX Stadium as Gillingham leave with all three points.

Peterborough United suffered a 1-0 defeat to struggling Gillingham at the ABAX Stadium as a goal from Lee Martin in the first half condemned Grant McCann’s men to a disappointing home reverse.

Jonathan Bond displayed some good handling to grab hold of a low cross from the right from Billy Bingham after an opening 10 minutes which were brightened up by some excellent wing play from the returning Gwion Edwards.

Jack Baldwin was cautioned for a late tackle on 18 minutes by referee Mr Whitestone. Maddison sent a curler from 25-yards over the bar on 24 minutes after a good link-up between Grant and Edwards.

The best chance of the first half to date arrived on 33 minute as Parker was presented with a shooting chance 12-yards from goal, but he lifted his powerful drive over the crossbar after good work down the left.

Moments later and the deadlock was broken as an ambitious effort from fully 30-yards from Lee MARTIN crept into the back of the net via the inside of the post. Edwards saw a shot blocked and then fired wide from distance as a frustrated Posh tried to find a way back into the contest before the half-time interval.

A combination of a wonderful block or save from either Baldwin or Bond prevented Parker from doubling the lead on the counter attack. Miller was then superbly denied by goalkeeper Holy before Bond made an even better stop to deny the rampaging Clare at the other end.

Gillingham made a change at the break with Connor Ogilvie replacing Garmston. Marriott glanced a header wide from an Edwards centre moments after the re-start. Hessenthaler was cautioned for a very late tackle on Edwards on 56 minutes.

Posh made a change on 58 minutes with Leo Da Silva Lopes replacing Grant and the youngster nearly made an immediate impact but his left-foot shot was well gathered by Holy. Da Silva Lopes had another go moments later, but again Holy stood tall to make the save.

Holy made a remarkable stop to keep out a deflected Maddison free-kick on 66 minutes before an Edwards header was blocked. Marriott cracked the bar with a superb free-kick on 72 minutes as Posh came even closer to a leveller.

Manager Grant McCann made a double change with around 20 minutes of the game remaining, Idris Kanu and Danny Lloyd replacing Shephard and Miller. Maddison tested Holy with a right-footed effort but again the keeper was up for the challenge.