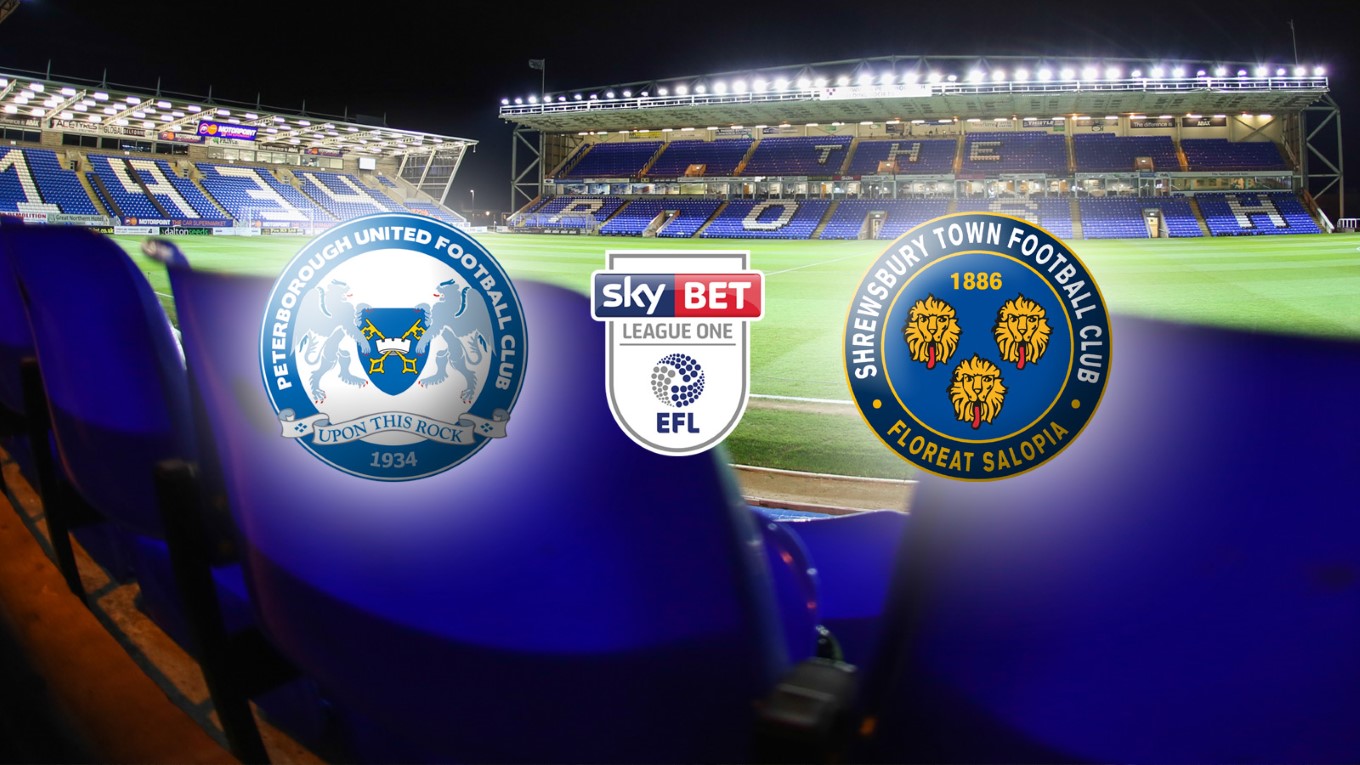 Posh face Shrewsbury Town at the ABAX Stadium on Saturday.

Peterborough United entertain league leaders Shrewsbury Town at the ABAX Stadium in Sky Bet League One action on Saturday (3pm) and it is an opportunity to end the only remaining unbeaten league record in the EFL that is on offer for Grant McCann’s men.

Posh go into the game on the back of a 2-1 defeat to Scunthorpe United while the Shrews scored late to beat Fleetwood Town in their last outing. They have already opened up a little gap between themselves and the team in third place in the division and arrive at the ABAX full of confidence.

Posh are without the services of striker Junior Morias due to a thigh injury, but McCann revealed in the pre-match press conference that he is ahead of schedule. Michael Doughty and Ryan Tafazolli have been declared fit, while midfielder Chris Forrester has returned from Ireland following a short break.

Shrewsbury are sweating on the fitness of the influential Junior Brown who suffered a knee injury in that win over the Cod Army. In-form front man Stefan Payne is expected to lead the line for the Salop.

“Shrewsbury have had a very good start to the season, but it is a good game for us at this moment in time and it is one that we are looking forward to. I can see positive signs from the last two games, we should have won at Southend and we contrived to lose from a winning position last week. We know it is the start of a busy week and three big matches for the club.”

There is plenty going on ahead of kick-off on Saturday with the fan zone open from 1pm featuring FootDarts, FootPool, the speed kick machine and much more. Peter Burrow will be present and there is a face painter too!

Tickets are available in advance at www.theposhtickets.com, via the Ticketmaster hotline 0844 847 1934 (calls cost 7ppm plus your network access fee) and in person at the ABAX Stadium Box Office. If you buy in advance you can make a saving!

The referee on Saturday is David Webb.