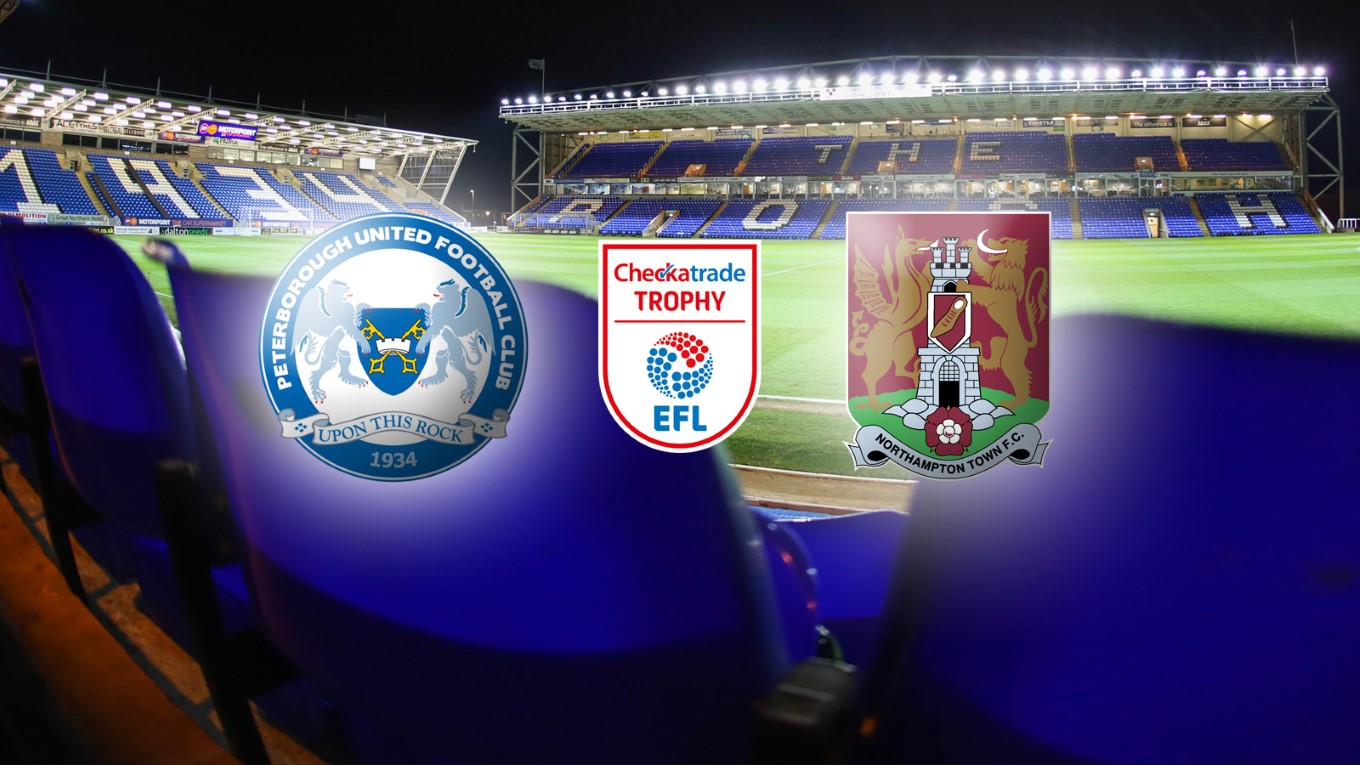 Kids for a quid and adults just £10 for Tuesday night's meeting with Northampton Town at the ABAX Stadium.

Peterborough United entertain local rivals Northampton Town in the second group stage fixture of the Checkatrade Trophy on Tuesday evening at the ABAX Stadium (7.45pm) and a victory for Grant McCann’s men should all but seal their progress into the knockout stage of the competition.

After two successive losses in Sky Bet League One action, Posh will be looking to go into the international break on the back of a victory while the Cobblers will be hoping to atone for the league clash between the two sides at Sixfields.

On that day, Posh ran out 4-1 winners in a game that ultimately cost manager Justin Edinburgh his job while Jimmy Floyd Hasselbaink will be looking for a second win for the club in the competition - they beat Cambridge United on penalties in their first group game.

TEAM NEWS
Striker Junior Morias is out for a lengthy spell with a ruptured thigh while Gwion Edwards is still sidelined with a groin injury. Callum Chettle remains a week away from fitness while the boss confirmed that a number of other players are struggling with knocks following the defeat to Oxford United.

Northampton strengthened their squad with the signing of experienced midfield man Lewis McGugan on a contract until January 2018. Matt Crooks is a doubt for the game while there are other knocks within the Cobblers camp.

MCCANN QUOTES
“We are fully focussed on this game against our local rivals. It is a good game for us. We know that we were disappointing in the second half on Saturday, we have discussed it as a squad and to be fair to the players, they have been excellent in terms of their response on the training ground. Northampton have changed their manager since we last played them and will be difficult to break down but we are concentrating on how we can impose ourselves on the game.”

TICKET NEWS
The Motorpoint Stand is closed for this fixture, but all other areas of the stadium are open and ticket prices have been slashed. Tickets are available at www.theposhtickets.com, via the Ticketmaster hotline 0844 847 1934* and in person at the ABAX Stadium Box Office.

MAN IN THE MIDDLE
The match referee is Gavin Ward.