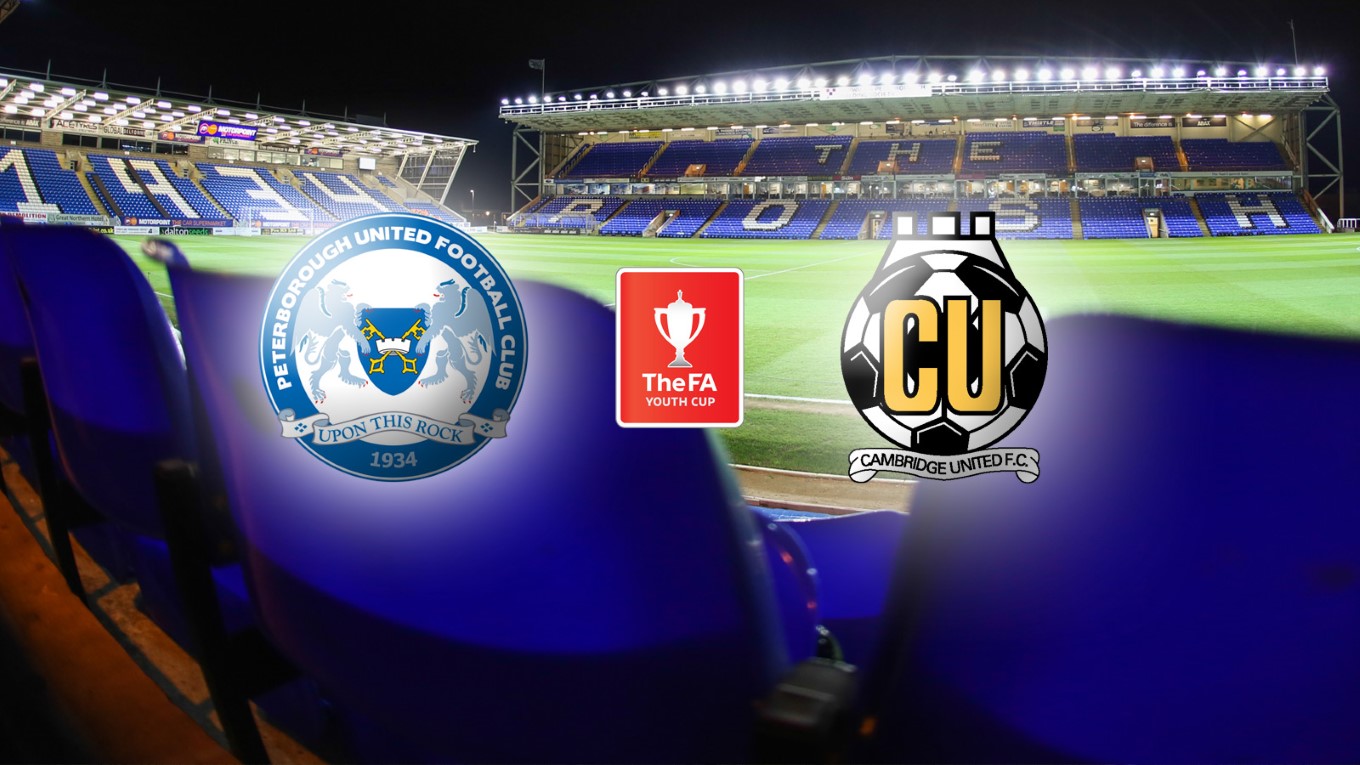 The Peterborough United under 18s kick-off their FA Youth Cup campaign on Tuesday 31st October at the ABAX Stadium (7pm) with a local derby against Cambridge United and manager David Farrell is hoping that Saturday’s 2-0 victory over Luton Town in the league will give them momentum going into the clash with the U’s.

Posh were dominant for long spells, particularly in the second half against the Hatters are secured all three points thanks to goals from Josh Davison and Sam Cartwright. Cambridge should provide a tougher test with the U’s recording two victories over Posh already this season.

“There is no point avoiding the fact that they have beaten us twice this season and caused us problems, but this is a one-off cup tie, under the lights and everybody knows that the FA Youth Cup is a special competition and it is a tie that we are really looking forward too.

“We have put in some good performances in recent weeks and it is about carrying that momentum into this game. It will be the first time that a lot of these players have played under the lights at the ABAX but they have to just go out there and enjoy it. We have quite a number of under 16s that have been in and around the squad and it will be a great opportunity for them if they get the chance.

“There is always a lot of excitement around this competition and since Saturday’s game concluded against Luton, it is all that we have been focussing on. I am sure there will be a few supporters coming along to see the game and I am sure you will see an entertaining encounter,” Farrell said.

Posh have yet to confirm the squad that will be on duty at the ABAX with a few injuries hampering preparations but Farrell will field the strongest XI that is at his disposal. “In the league, a lot of what we do is all about development, of course we want to win the games, but we are looking for the players to improve and develop. In the cup competitions, it is about winning the game and that is what we will try and do.”

Admission for the game is just £3 for adults and £1 for concessions. The Main Stand will be open for the fixture. Fans can purchase tickets online at  www.theposhtickets.com, via the Ticketmaster hotline 0844 847 1934 (calls cost 7ppm plus your network access fee) and in person at the ABAX Stadium Box Office. Fans can pay on the night.

Should the scores be level after 90 minutes, the tie will go to extra time and penalties if required.