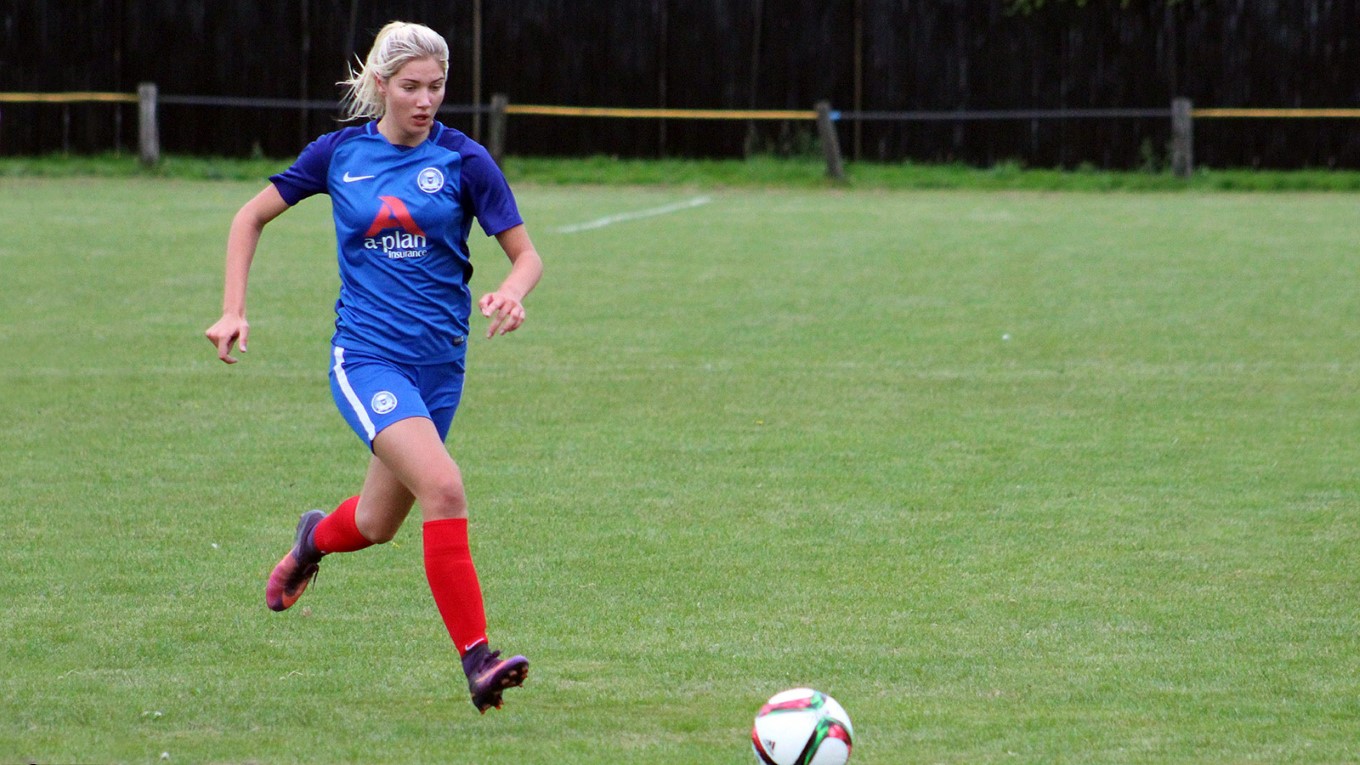 Ladies With Convincing Win Over Cosby

Posh travelled to Leicestershire, hoping to maintain their unbeaten league run and didn't disappoint. Both teams looked threatening early on but failed to get too many shots on target, with the wind playing some part in that.

Posh finally broke the deadlock in the 22nd minute, when Amy Gore finished from six yards out, after Cosby failed to clear their lines. Posh doubled their league less than five minutes later after some good build up play, Posh winger Emma Stevenson drove in from the left hand side and saw her driven strike half parried by the Cosby goalkeeper, only for top goalscorer Keir Perkins to follow up and tap in from close range.

Posh then had a goal disallowed, with the ball apparently striking defender Laura Patrick's hand, before she converted from a corner. Cosby pulled one back just before half-time after a defensive mix up at the back from Posh, which saw the second half set up nicely for the neutral.

Posh scored immediately after the restart, with another goal from Perkins (46 mins) and two minutes later, ever-present midfielder Jess Driscoll bagged her first of the game and Posh's fourth on 49 minutes. Posh weren't finished there though, Perkins completed her hat-trick and then scored her fourth of the game after some great work by Driscoll to make the score-line 6-1.

With Posh in full control they continued to threaten and Jeorgia Carr continued the rout with fifteen minutes to go. D'lacy Phillips wrapped up the win, slotting the ball home from 20 yards out after a great Posh move involving Stevenson and Carr. A successful afternoon for Posh!