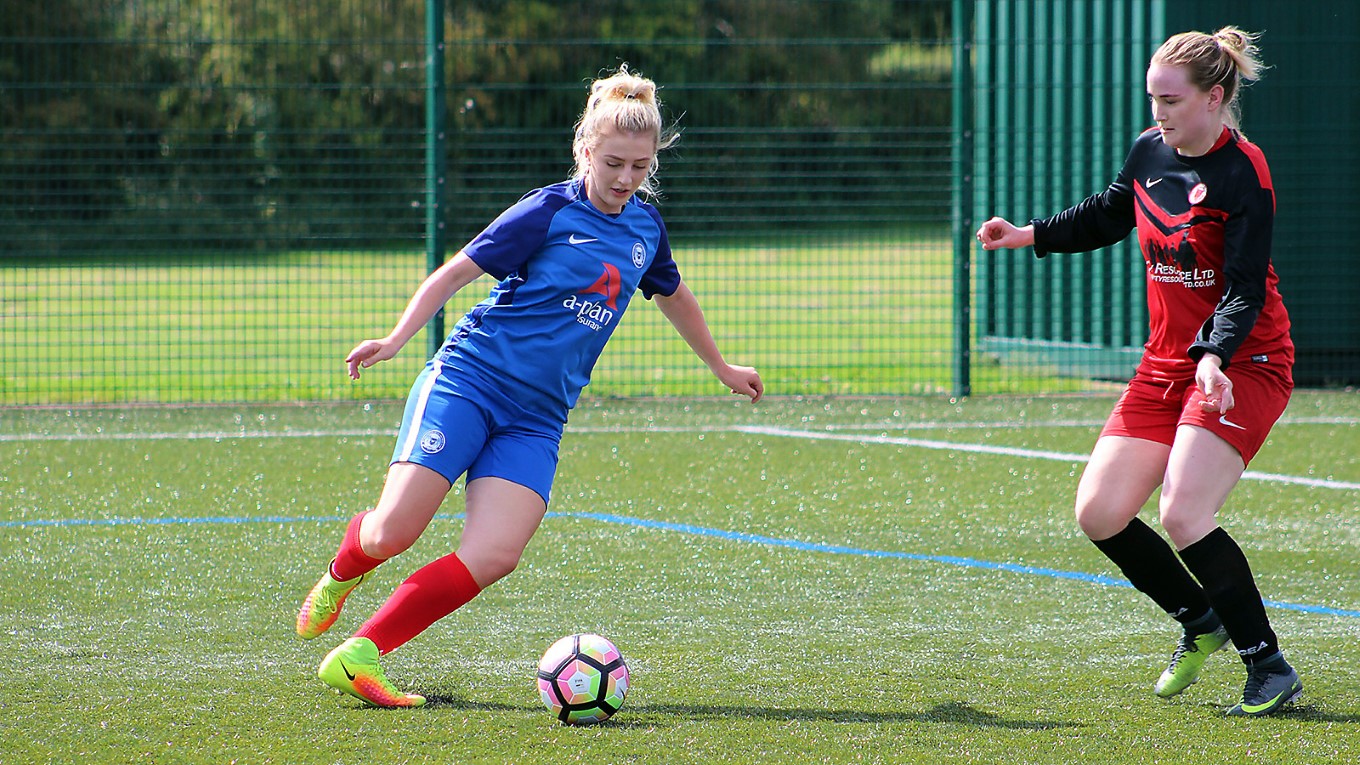 Peterborough United Ladies extended their unbeaten league run, with a 3-2 win away against a resilient Thrapston Town Ladies.  Thrapston started brightly and put Posh under pressure across the pitch and although they did not create any clear-cut chances, made the opening 15 minutes difficult for Posh.

Posh persisted and began to find their rhythm as the half progressed and looked very threatening in the final third.  Striker Keir Perkins noticeably coming close on a number of occasions, but the Thrapston keeper made some excellent saves to keep the scores level.  Posh finally broke the deadlock just before half-time, Winger Amy Gore and Perkins combining well to create an opening for Jenna Lusk, who made no mistake from six yards out - 1-0 Posh at half-time.

Posh started the second half where they left off and continued to threaten going forward.  It was Thrapston however, who scored the equaliser as a result of an unfortunate own goal. The goal appeared to give Thrapston optimism and they took the lead mid-way through the second half to make it 2-1.

Posh showed character to level the game, thanks to a corner coolly converted by Bronwyn Mulheron - 2-2.  Posh pushed forward in the final ten minutes, in search of the winner and were rewarded for their efforts with what turned out to be the winning goal.  Jeorgia Carr finished off a fine Posh move, latching onto a pinpoint cross from Gore at the back post to make it 3-2.

Unfortunately, Posh ended the game with 10 players as a result of a red card shortly after their third goal, nevertheless they dug deep to see out the game and take all three points in a highly entertaining afternoon of football.

Player of the Match: Jeorgia Carr