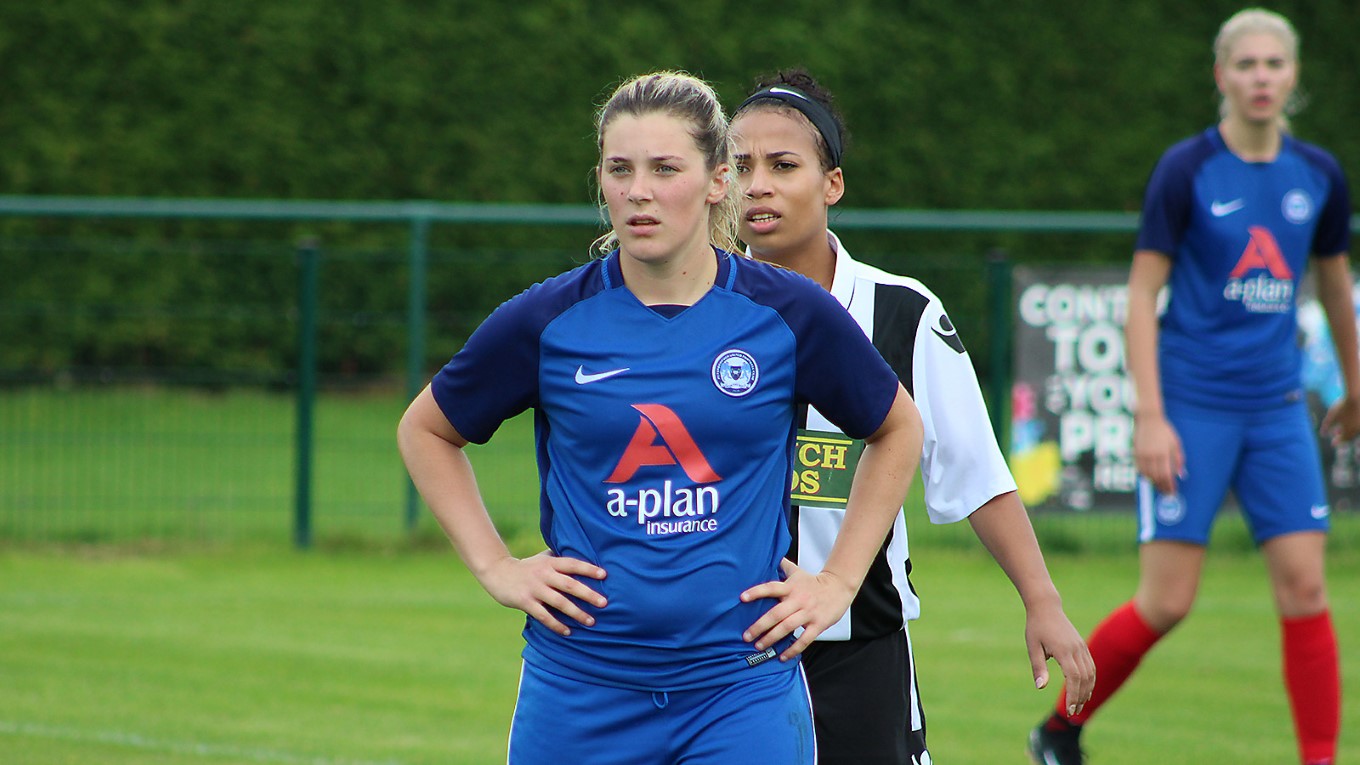 A good day for the Ladies as the first team and reserves chalk up wins.

Posh Ladies returned to winning ways in the league on Sunday with a 3-2 home victory over Corby S&L.

Posh started well and created chances early on in the first half and it wasn't too long before top goalscorer Keir Perkins converted one of the chances to make it 1-0. Attacking Midfielder Jess Driscoll doubled the lead shortly afterwards and Posh were very much in control of the game. Perkins doubled her tally before half time, but S&L gave themselves hope with a goal of their own to make it 3-1 at the break.

S&L came out fighting in the second half and pushed for the comeback. They were rewarded for their efforts as they pulled another goal back with around 20 minutes to go. Posh did continue to create chances but unlike the first half, failed to put them away. S&L continued to push but they final attempts were in vein. Final Score Posh 3-2 S&L.

Posh welcomed back Georgie Elsom to the club as she made her first appearance of the season for the second string. Our reserves started well exploiting the space down the wings and on the 25th minute Posh finally converted which took some pressure off after missing some clear cut chances. Rothwell started putting pressure on the Posh defence so were pleased to hear the half time whistle. Posh went into half time 1-0 up.

Posh started better maintaining possession which lead to the second goal scored by Holly Fleetwood. Posh were getting in behind the Rothwell defence and they couldn’t deal with the pace and skill of Jeorgia Carr who converted a further three goals.

Devon Caston and Ellie Ireson also got their name on the score sheet as Posh continued to press and cause Rothwell a lot of problems. Rothwell keeper made some great saves to deny any further goals and got through to gain a consolation goal which ended the score 7-1 to Posh Ladies Reserves.