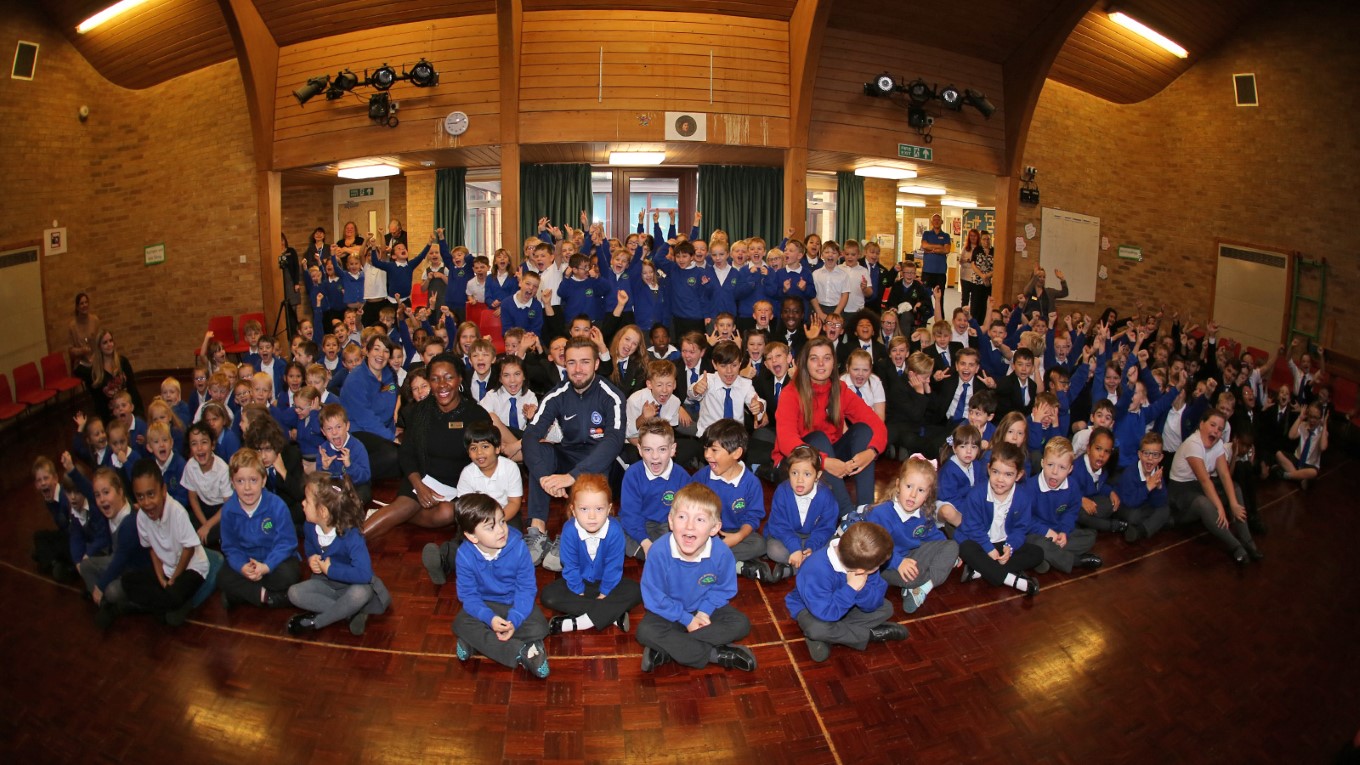 Peterborough United midfielder Gwion Edwards was the special guest at the Ormiston Meadows Academy on Wednesday morning as the football club delivered an assembly before officially opening the school’s new library.

Accompanied by Amy Martin from the Women and Girls department and the always popular mascot Peter Burrow, Edwards signed autographs and posed for pictures as the school were given free tickets for all of the pupils (which allows an adult in half price) for a forthcoming fixture.

After watching a DVD featuring some of the Posh goals this season, there was plenty of excitement in the room as the mascot was introduced with high fives galore for Mr Burrow who entertained with his own array of dance moves.

Edwards said: “It was great to be able to officially open the new library at the Academy and meet so many of the polite kids. Hopefully we can see some of the youngsters at a forthcoming game at the ABAX Stadium.”

Press Officer Phil Adlam added: “The schools initiative is very important to the football club and we were delighted to be able to visit Ormiston Meadows Academy and not only put on an assembly but open their library as well. We would like to thank all at the Academy for the warm welcome we received.”