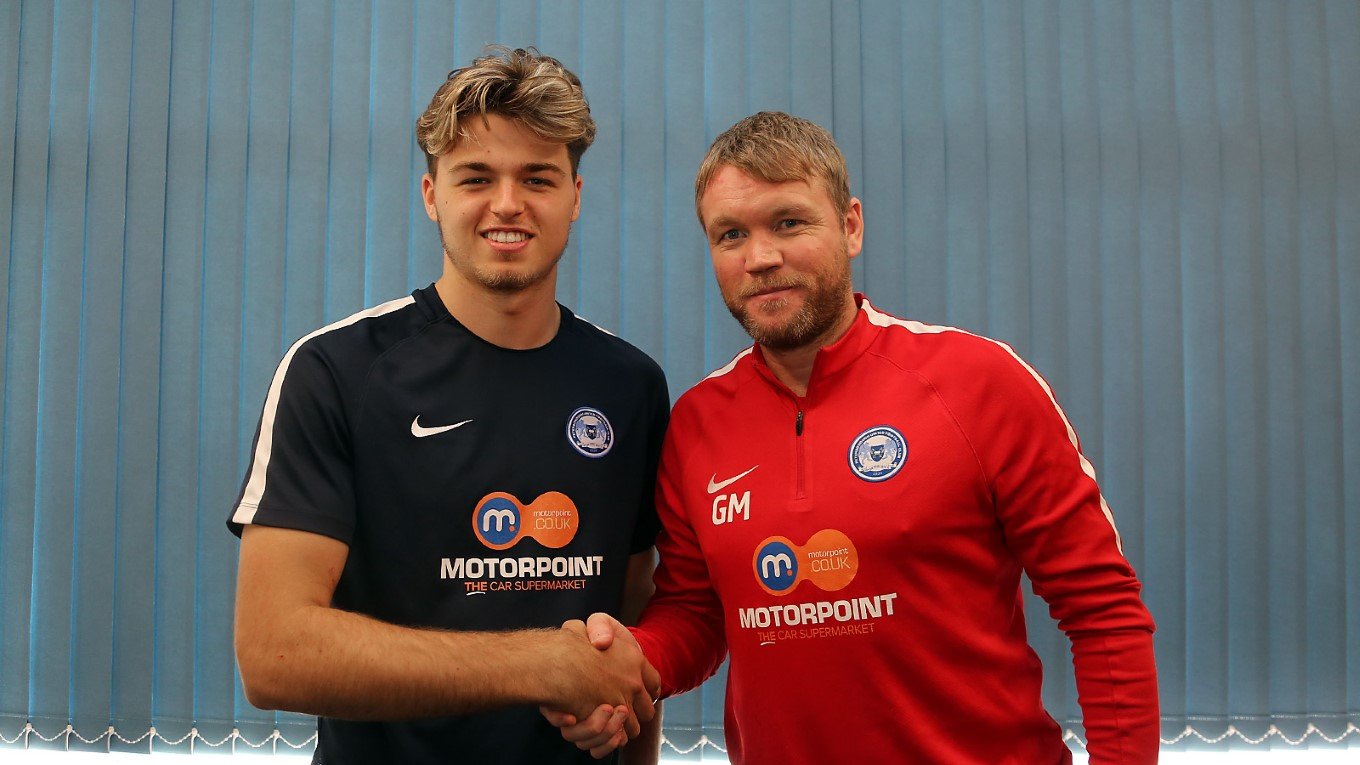 Youngster puts pen to paper on long-term professional contract at the ABAX Stadium.

Young Peterborough United centre back Sam Cartwright has put pen to paper on a three-year professional contract at the ABAX Stadium with an option of a fourth after impressing manager Grant McCann with his attitude and application as well as his potential.

The teenager, who was in the Posh squad for the pre-season fixtures, has enjoyed loan spells this season at a number of clubs to get a taste of men’s football and McCann believes he has the right attributes to succeed.

“Sam is an excellent young centre half. He has taken my eye since I returned to the club, I have watched his progress through the age groups. He played a few games in pre-season and has been out on-loan at a variety of different clubs to get experience. He is someone that I believe has got a good future here.

“He has signed his first professional contract and follows in the footsteps of a number of other players including Morgan Penfold, Jermaine Anderson, Lewis Freestone, Leo Da Silva Lopes and Andrea Borg. One of the biggest reasons we offer these players contracts is because of their attitude and their grounding.

“There was no hesitation from Sam whatsoever when he was offered the contract. He said ‘yes’ straight away. We are delighted and looking forward to working with him. It is down to us as coaches now to improve these players,” McCann said.

Cartwright added: “I am really pleased. It has been a childhood dream to sign my first professional contract and I am so happy that I have achieved that first aim, but the real hard work starts now. The manager has showed a lot of faith in me, it was a great experience to play against QPR and Ipswich Town in pre-season and train with the lads day in, day out.

“It was important for me to go out on-loan and play men’s football. It is a good test mentally as well as physically. Now it is down to me to work hard and try and improve on the training ground and see where it takes me.”