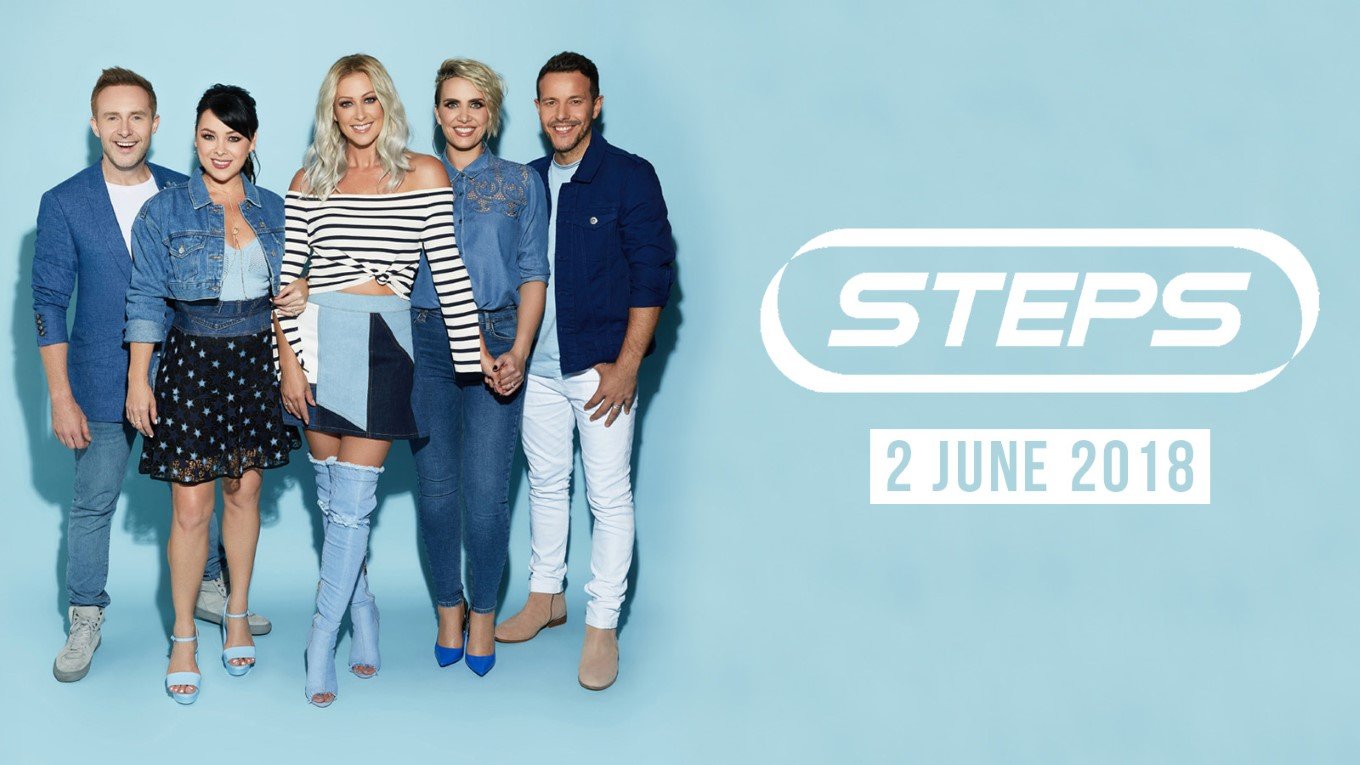 Steps To Perform At The ABAX Stadium

There is no bigger pop return success story than Steps who are back claiming their pop crown! A return to the charts, to TV, to radio, to huge concerts and to the hearts of the nation…

And now as part of their 20th Anniversary celebrations, iconic pop group Steps have announced a huge summer outdoor tour; GRANDSLAM 2018: SUMMER OF STEPS, which will see them perform at outdoor venues all over the UK, including a performance at the ABAX Stadium, Peterborough on Saturday 2nd June 2018.

This is a fantastic opportunity to see one of the UK’s most exciting current names in pop music doing what they do best!

Steps first broke on to the pop scene in 1997 and their debut single 5,6,7,8 achieved record-breaking success; a clear indication of what was to follow! The band - who became synonymous with lively dance performances, colourful costumes, and a refreshing take on pop tunes each bursting with personality and stellar lyrics - went on to achieve an unbroken run of fourteen Top 5 singles (including three Number 1’s), two four-times Platinum albums and one five-times Platinum album.

During their career, until their break in 2001, they notched up an impressive 20 million in record sales and seven sold-out arena tours. A decade later, the band decided to reunite, shooting to Number 1 with their 2011 hits compilation ‘The Ultimate Collection’, and selling out their 20-date Ultimate Tour.

In 2017, to mark their 20th Anniversary, Steps brought out their highly anticipated album ‘Tears on the Dancefloor’, which achieved Silver status in just three weeks, and announced their indoor winter 2017 Party on the Dancefloor Tour.

The huge success of the album, which features a host of new material, including the smash single Scared of the Dark, has recently led to the album being re-released as a deluxe edition (led by the new single Dancing with a Broken Heart), and to the announcement of their massive GRANDSLAM 2018: SUMMER OF STEPS Tour.

Steps said “We can’t wait to play outdoors across the UK next summer following on from our sold-out Party on the Dancefloor arena tour this winter. The appetite for Steps has never been stronger, and we are thrilled to continue performing throughout next year. We promise to deliver a massive party at our summer gigs. Bring your family and bring your friends – we cannot wait to see you there!”

The GRANDSLAM 2018: SUMMER OF STEPS Tour will include a performance at the ABAX Stadium, Peterborough on Saturday 2nd June 2018.

Liz Doogan-Hobbs MBE, CEO of LHG Live, Promoter said, “Steps are amazing performers and put on a terrific show. We are thrilled to be working with them on their 2018 summer outdoor tour. They are better than they have ever been! We welcome their strong legion of fans who have followed them throughout their career, and new fans too. We’re looking forward to a brilliant summer; you won’t be disappointed!”

Tickets at ABAX Stadium are priced at:

Limited Disabled Tickets will be available directly from the ABAX Stadium.