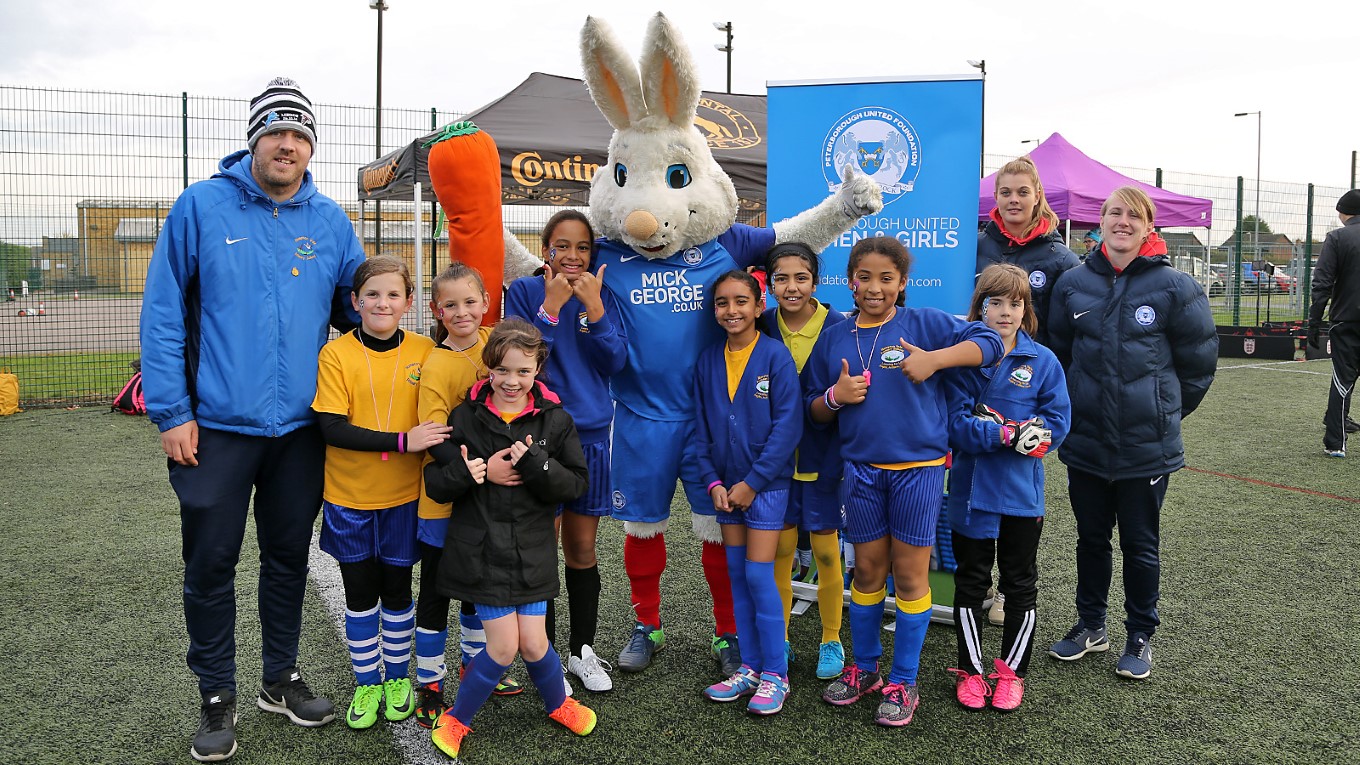 On Thursday 9th November, Peterborough United Women and Girls attended the last FA Girls’ Football Festival of the year. This was in aid of Girls Football Week, which has been promoted around the country this week.

Girls Football Week is a national campaign aimed at raising the profile of female football and supporting our aim of doubling the number of women and girls playing football by 2020. Over 130,000 girls took part in sessions delivered in schools, universities, colleges, clubs, community groups and other organisations across the country in 2016.

Huntingdon and Cambridgeshire FA as well as Continental Tyres have come together to create an event in aid of this week, which has allowed both primary and secondary schools to participate in a fun football tournament. The Festival aimed at providing girls aged 5 to 16 with an exciting, interactive football experience for both those new to the game and regular players. Over 300 participants took part in the action-packed day getting involved in activities such as football challenges, consisting of quick feet, batak boards, and a speed cage. They also had refereeing workshops and a hair braiding/face painting stall for the participants to get involved in alongside the 5-a-side tournament.

The Festival also saw some famous faces from the Women’s Super League where semi-professional female footballers joined in with the day’s activities as well as gave advice on how to get involved in girls/women’s football. Joined later on in the festival, were club mascots from Peterborough United, Cambridge United, Arsenal, Norwich City, and St Ives where they were involved in the workshops and integrated with the participants. To finish off the morning the mascot’s all took part in a ‘dance-off’ with the young athletes all giving the biggest cheer for their favourite mascot dance. The day was very successful and thoroughly enjoyed by all who were involved.

For the Women and Girls department it was a fantastic opportunity to promote the programmes and opportunities we offer.  We were able to take scout letters for our Elite and Development Programmes, leaflets for our Futsal sessions, information regarding our school holiday girls only fun days as well as promote the set-up of Peterborough United Ladies.

If you have any questions or would like some information on our Women and Girls Programmes or Sessions then please contact Megan Stickland on megan.stickland@theposh.com.