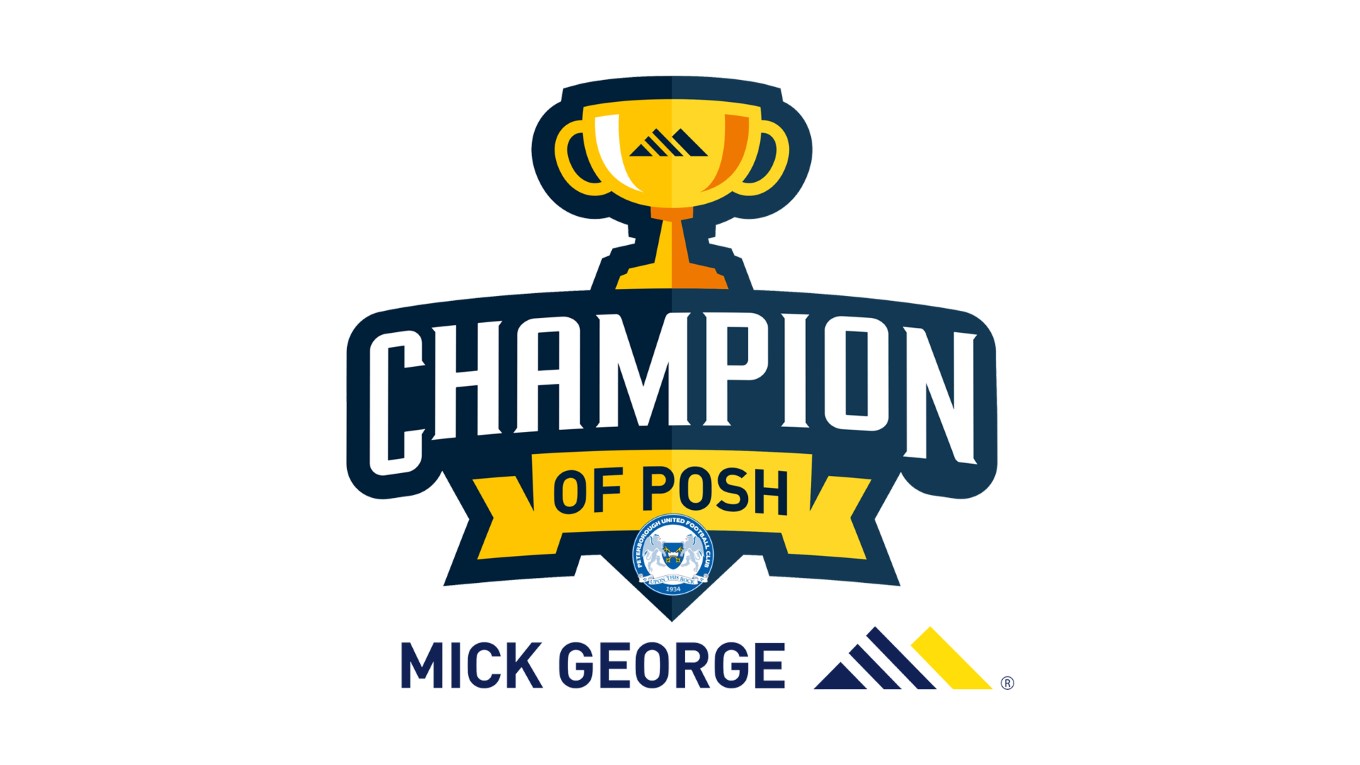 The football season is quickly passing and with the table shaping up nicely for the POSH after a positive start, it’s becoming clear to see just what ability the squad possesses on the pitch, but off the pitch it’s not so conclusive.

Providing supporters with an insight, official sponsors Mick George Ltd has teamed up with ThePoshTV to produce a fascinating, yet entertaining sketch’ as they test the players credentials in various tasks away from the football field.

Andrew Hughes, Gwion Edwards and Danny Lloyd temporarily put their friendship aside as they contested a series of challenges in a bid to be crowned ‘Mick George Sportsman of the Year’.

Having taken to the Golf Course, Bowling Alley, Go-Karting Track, Arcades and numerous other venues around the City, it’s clear to see just why Football became the sport of choice for each of them. Having said that, a few hidden talents were unearthed and most importantly of all, a sense-of-humour is particularly evident.

Cumulative scores are being tracked for each event, with a forfeit awaiting the overall loser at the competitions completion. The opening encounter see’s the trio go head-to-head in a 4-hole challenge on the Golf Course. See who comes out on top at www.mickgeorge.co.uk/sponsorship-videos.

Although there wasn’t too many fairways or greens reached in regulation, there were plenty of visits to the trees, bunkers and any other location that remotely resembled a hazard. Perhaps a tad unfair, as one player could most definitely play and clearly spends a lot of time improving his handicap.

The videos will be released for supporters to gain a little more insight in to what the players get up to in their spare time. Tune in on the Mick George Social Media channels for much more comical footage.

Jon Stump, Finance Director at Mick George Ltd commented: ‘’In previous years we’ve done a ‘Challenge a Pro’ and ‘Head-to-Head’ sequence which was designed to bring everyone connected with the club closer together. Although we’ve freshened things up this time around, the objective still remains the same.’’

Stump Continued: ‘’Feedback has always been positive from this sort of engagement and having witnessed some of the content that has been generated this time around, I’m sure that will be the case once again.’’