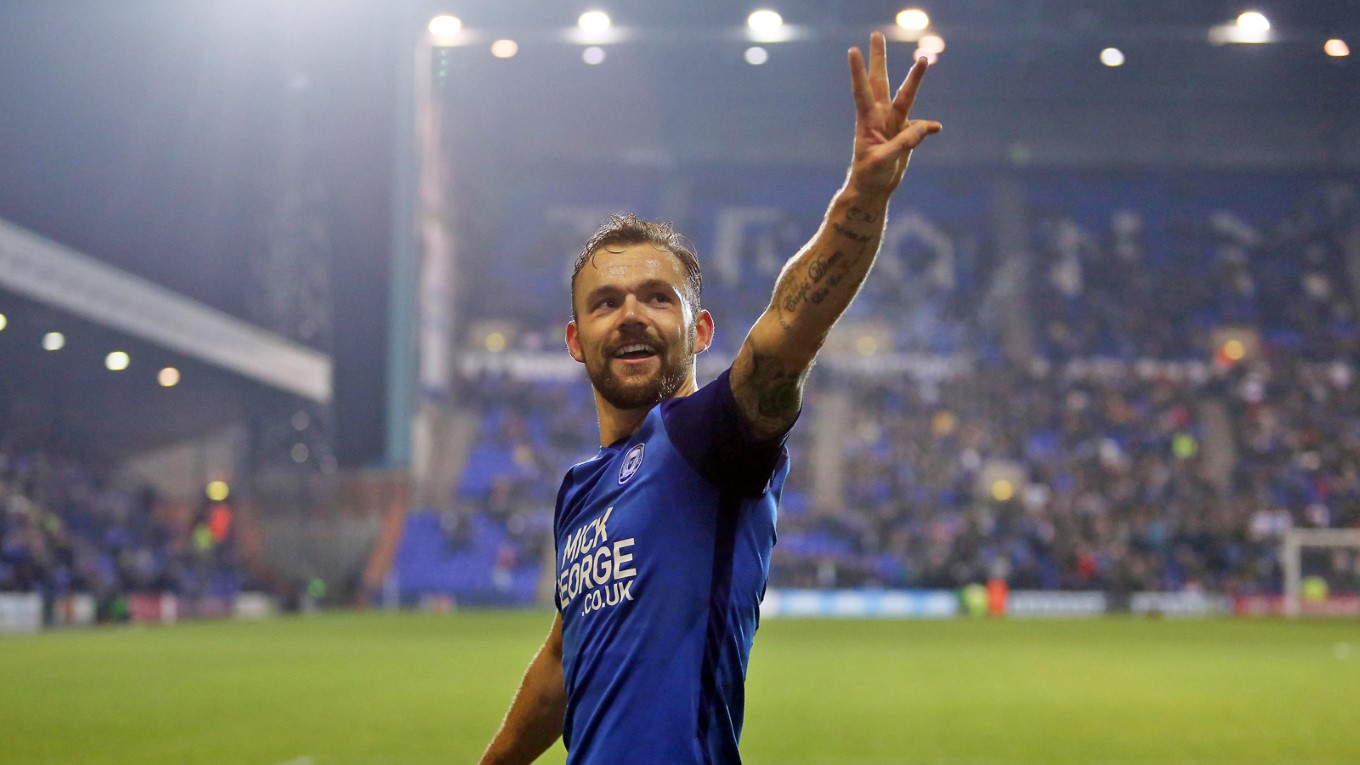 Posh set for trip to Woking after convincing win over Tranmere Rovers.

Danny Lloyd scored a hat-trick on his first appearance for the club in the Emirates FA Cup to follow a goal on his debut in the EFL at the weekend as Peterborough United set-up a second round tie at Woking on Sunday 3rd December (2pm) with a comprehensive victory against 10-man Tranmere Rovers.

Jack Baldwin and Marcus Maddison were also on target as Rovers went down to 10-men following a horror challenge from Jay Harris in the first half when a double from Lloyd had put Grant McCann’s men into early control.

Michael Doughty was cautioned by referee Michael Salisbury for his first foul of the evening on five minutes. Davies did well to gather a well struck shot from Marcus Maddison on nine minutes after he was afforded a bit of time and space from a throw in 30-yards from goal.

The deadlock was broken on 16 minutes and it was a terrible error from McEveley, as he over-hit his back pass allowing LLOYD to nip in, round the keeper and roll the ball into the empty net with his right-foot for his second goal to two games and first in the FA Cup for Posh.

Lloyd had a glorious chance to make it 2-0 on 19 minutes after he was picked out by Marriott, the former Stockport man sending a downward header wide of the target. The lead was doubled on 22 minutes and it was LLOYD again, finding space to fire home with his right-foot after Taylor had nodded a Maddison corner back across goal.

Tranmere were reduced to 10-men on 24 minutes as Harris was shown a straight red card for a terrible lunge on Maddison. Marriott fired a free-kick over from a tight angle on 28 minutes after Maddison was bundled over in clumsy fashion.

Davies was well placed to gather a tame Marriott shot on 31 minutes after a bit of keep ball for Posh in midfield. The keeper was troubled moments later as he kept out the same man after a superb left-wing centre from Hughes.

Jennings was cautioned for another over physical challenge, this time on Lloyd. Grant saw an effort from distance scooped behind by Davies on 42 minutes. Baldwin fired the resulting corner wide of the near post under pressure from McNulty.

Marriott was superbly denied by the legs of Davies on the stroke of half-time after linking well with Da Silva Lopes. The hosts made a change at the break with Buxton replacing McEveley at the back. Lloyd picked out Maddison on the stretch on 47 minutes, but the Posh man curled his shot wide with his right-foot.

Lloyd then dragged a shot wide after being afforded a chance to shoot from 30-yards. Marriott was next to be wasteful, sending his shot into the stand behind the goal after being picked out cleverly by Da Silva Lopes.

Buxton curled a free-kick over the top after a foul by Tafazolli on 54 minutes as the home crowd began to get behind their side. Norwood saw a well placed shot parried to safety by O’Malley as the hour mark approached.

Davies gathered a stinging low effort from Maddison on 61 minutes after a good run from deep. Maddison’s wait for a free-kick goal continued after firing over from the edge of the box after he himself had been felled by Sutton.

Posh made it 3-0 on 67 minutes, a wonderful delivery from Maddison headed home from close-range into a gaping net by skipper Jack BALDWIN. Doughty and Marriott were immediately withdrawn with Idris Kanu and Jermaine Anderson introduced.

Kanu was given the chance to break his goalscoring duck on 70 minutes after being picked out by Baldwin, but he saw his shot saved by the legs of Davies. It was 4-0 moments later though, Maddison’s free-kick was spilled by the keeper and LLOYD was there to fire home from close-range to complete his hat-trick.

It was 5-0 to a rampant Posh moments later as Anderson was upended by keeper Davies and MADDISON stepped up and coolly slotted home the penalty for his third goal in five for the club. O’Malley did well to read a back header from Baldwin to deny Cook on 80 minutes as Posh got a bit sloppy.

Norwood fired wide from distance after linking well with substitute Cook on 85 minutes.