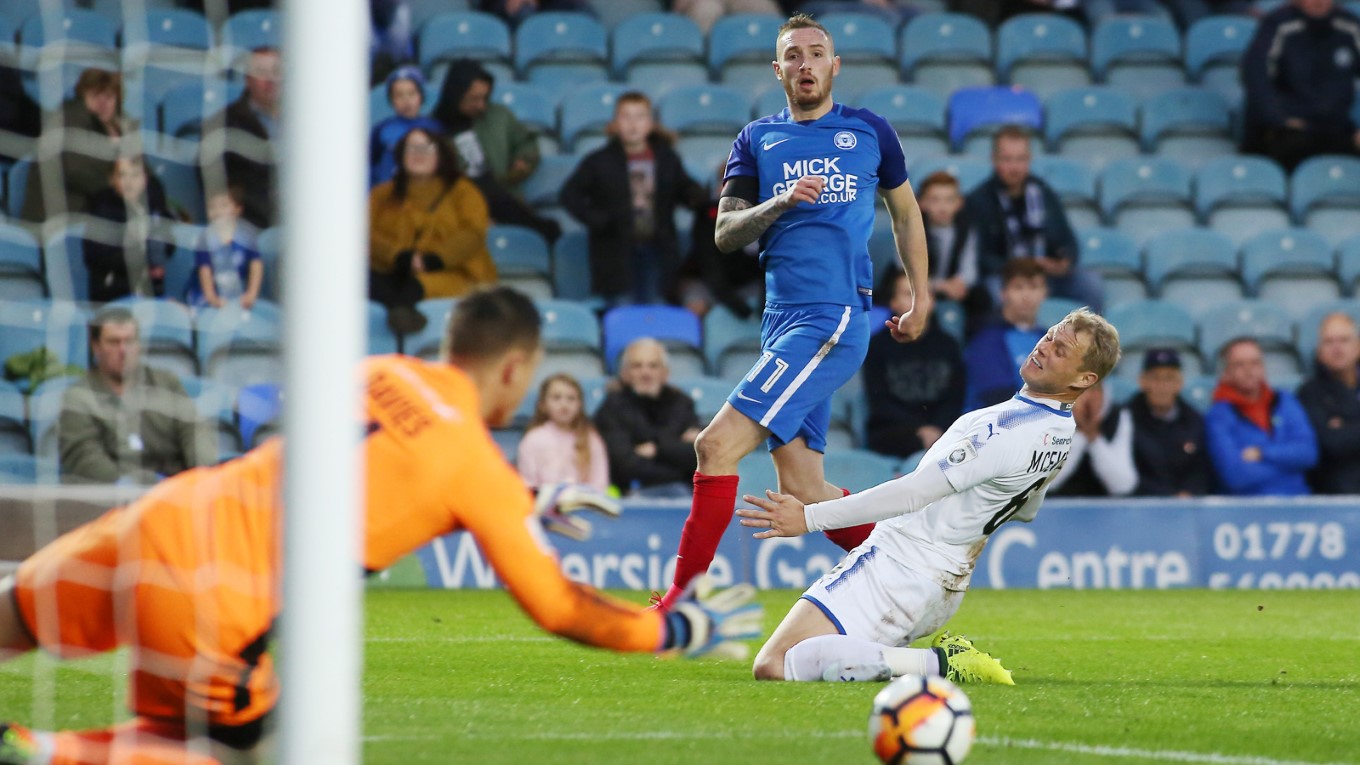 Posh will face a cup replay after being held at home by National League side Tranmere Rovers.

Peterborough United will face an Emirates FA Cup first round replay after being held at home by National League side Tranmere Rovers at the ABAX Stadium following a frustrating 90 minutes for Grant McCann’s men.

Michael Doughty had the first effort of the game on seven minutes, but goalkeeper Scott Davies was not troubled as it sailed over the bar. Jennings sent a well-struck volley wide of the target moments later after a free-kick from Ridehalgh had hit the wall.

O’Malley made a superb stop with his legs to deny a deflected shot from Norwood on 13 minutes after a pacy break from the National League side. Norwood and Da Silva Lopes then traded efforts towards goal, both not hitting the target from distance.

Tafazolli powered a header from an in-swinging free-kick from Maddison wide of the target on 20 minutes after Edwards had been felled. One minute of added time was indicated by the fourth official to bring to an end a rather turgid first half of football from both sides.

Neither manager made any changes in personnel at the break with Posh now kicking towards the London Road End. Edwards missed a glorious chance to break the deadlock on 48 minutes after another fine Maddison set-piece, the former Crawley man firing over from close-range.

McEveley was cautioned for fouling Maddison who then saw a low shot clawed to safety by keeper Davies. The Tranmere keeper was beaten from the resulting corner kick though, Maddison’s delivery into the box caused panic and when the ball dropped, MARRIOTT turned and slammed the ball into the back of the net for his 11th goal of the season.

Norwood fired wide from 30-yards after getting behind the Posh midfield on 54 minutes. O’Malley made a decent stop to deny Norwood just after the hour after a good threaded pass from Norburn. McDonagh then headed wide from a cross into the box as the National League side flexed their muscles.

Tafazolli sent a volley over after another Maddison corner had caused a bit of trouble for the Tranmere back-line to clear. Tranmere made a double change on 67 minutes with Cole and Cook replacing McDonagh and Jennings.

Doughty curled wide as Posh caught the visitors on the break before Grant McCann made his first change, replacing Edwards with Idris Kanu. The visitors got themselves level on 72 minutes as a cross into the box was nodded down and into the back of the net by substitute COOK.

Moments after the equaliser, Posh had a glorious chance to get themselves back in front but Kanu saw his shot smothered by keeper Davies after he was picked out in the box in space. Maddison fired a free-kick over the bar on 81 minutes after he himself was felled by Hughes who was booked by referee Mr Breakspear. O’Malley did well to tip over a late effort from Norburn as the tie entered four minutes of stoppage time.