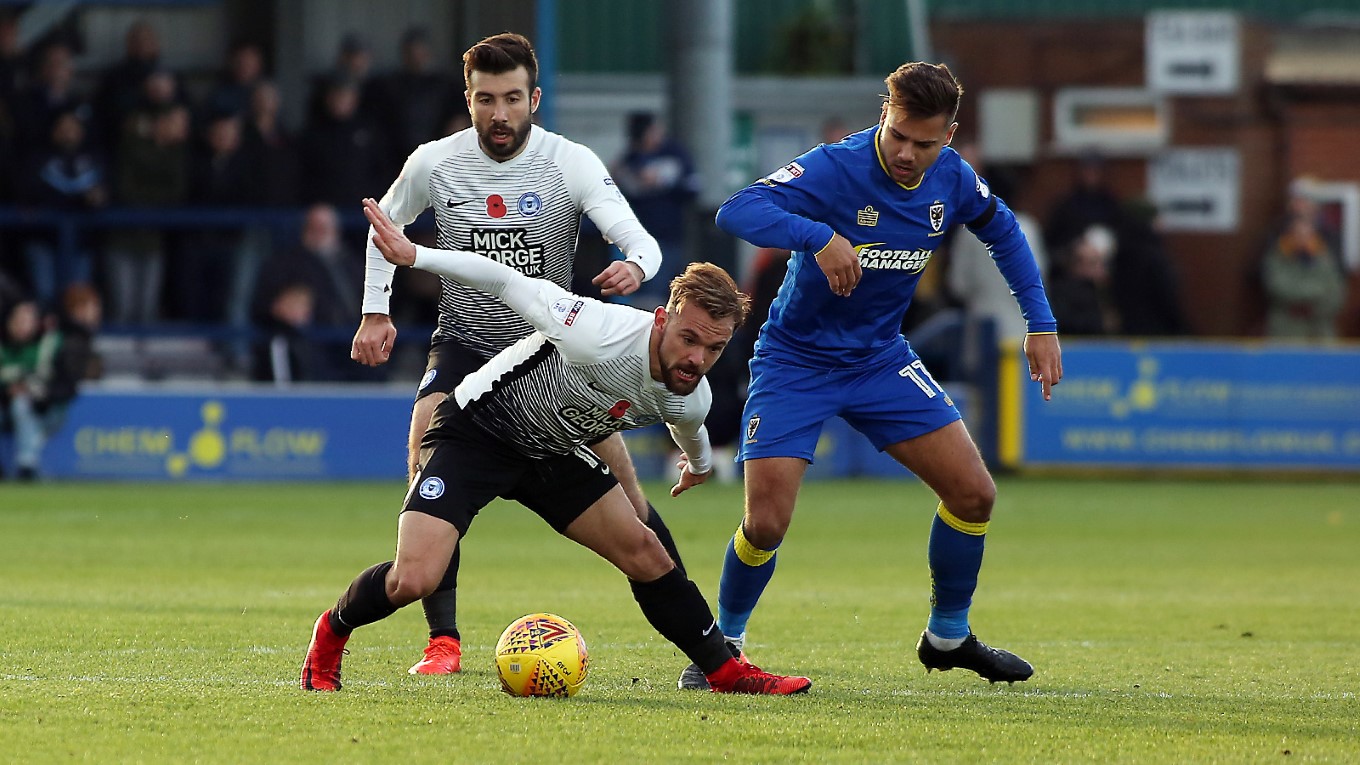 Grant McCann admitted he was disappointed only to be coming away with a point from the Sky Bet League One fixture at AFC Wimbledon.

Peterborough United made it four unbeaten in all competitions, but will be disappointed not to be coming away from the Cherry Red Records Stadium with all three points after creating several decent opportunities and forcing goalkeeper George Long into a string of fine saves.

The deadlock was broken inside 40 seconds as top scorer Lyle TAYLOR drove into the bottom corner from around 25-yards after a lay-off from Barcham. Steven Taylor was inches away from converting a teasing Marcus Maddison cross on seven minutes after a strong Edwards run had forced a corner kick.

Edwards saw a header gathered by Long at the back post after a Maddison cross as Posh tried to get themselves back into the contest. Posh drew themselves level on 25 minutes as a fine Maddison free-kick was flicked goalwards by LLOYD, it definitely took a deflection off Fuller, but we are giving it to the former Stockport man, who records his first Football League goal on his first Football League start.

Barcham guided a half-volley inches past the upright on 34 minutes after Taylor had blocked Lyle Taylor’s shot. On 37 minutes, Posh were awarded a spot-kick as Maddison was needlessly bundled to the floor by Trotter and the Posh number 11 MADDISON coolly converted the spot-kick.

The Dons levelled as the game moved into stoppage time, a huge long ball forward beat the Posh defence and McDONALD swept the ball past Bond to level the scores at 2-2. Neither side made any changes at the interval.

On 65 minutes, Long made a fine stop diving to his left to deny a glancing Marriott header after a fine clipped cross from Maddison. Posh made a change on 68 minutes with Andrew Hughes replacing 18-year-old Da Silva Lopes.

Marriott had a fine chance moments later but he directed his header wide of the upright after a glorious Maddison centre. McDonald saw an acrobatic overhead kick clear the crossbar on 71 minutes.

Maddison was denied a fine goal from 25-yards by a wonderful stop from Long before an offside flag curtailed any possible rebound. Idris Kanu replaced Lloyd with 10 minutes remaining as Grant McCann made his second change of the afternoon.

Trotter headed over from close-range following a clip into the box before Francomb was cautioned for a foul on Edwards. Edwards himself was denied by a fine block after being picked out by substitute Kanu, the former Crawley man with a fine turn to create the space.