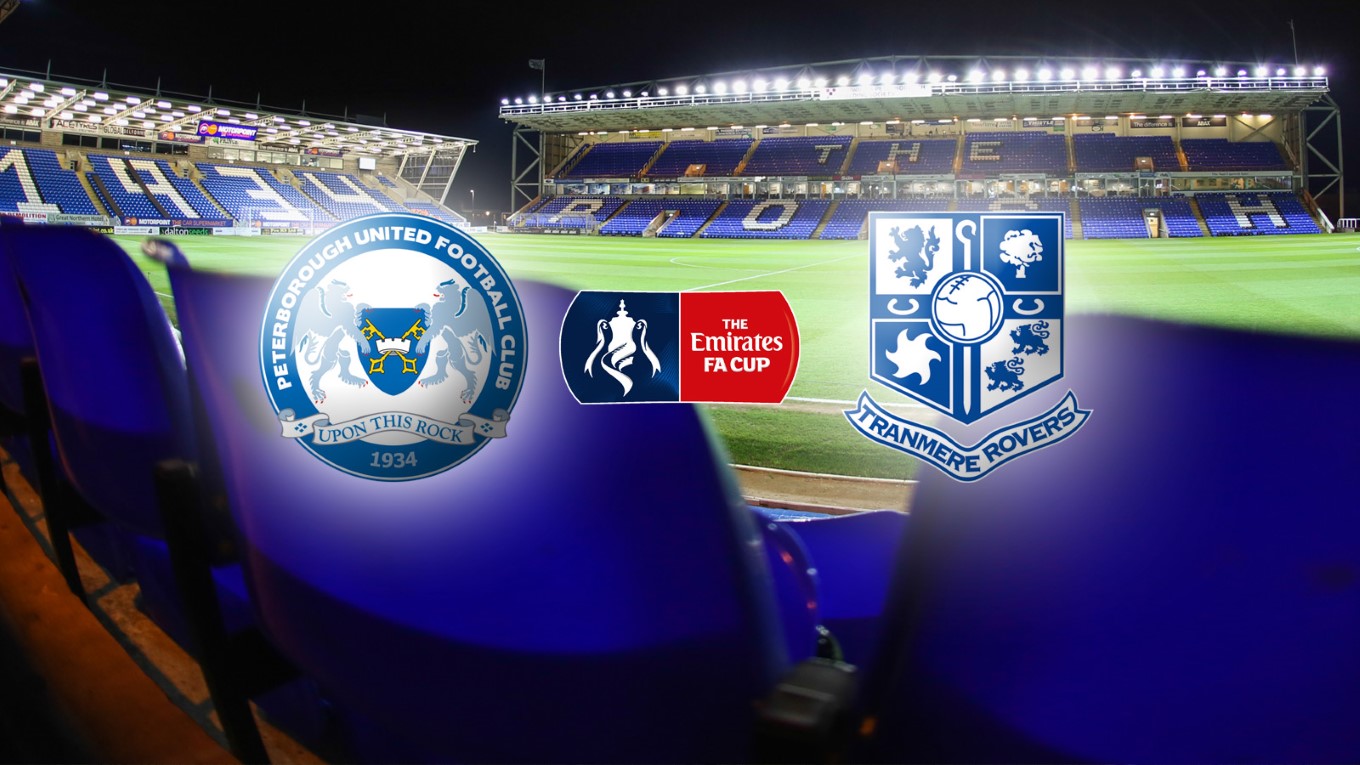 Peterborough United have a break from the league this weekend as attentions turns to the Emirates FA Cup.

Peterborough United welcome National League side Tranmere Rovers to the ABAX Stadium on Saturday (3pm) for a first round Emirates FA Cup tie and manager Grant McCann confirmed in his pre-match press conference that he will be looking to build on the momentum of last weekend’s win over the league leaders Shrewsbury Town.

Tranmere, who have seen an upturn in fortunes in recent weeks, have been regular opponents in this competition for Posh, the last coming in 2013 when a hat-trick from Britt Assombalonga and a brace from Shaun Jeffers earned a 5-0 victory at the ABAX Stadium.

The Posh boss confirmed he has no fresh injuries to contend with in his squad so only striker Junior Morias is unavailable for selection. Morias, who is ahead of schedule, is set for a return in the New Year.

Tranmere are without Ben Tollitt, Jake Kirby, James Wallace and Jack Dunn due to injury but all four are making good progress from their fitness issues.

“Tranmere are a good side, they have goals in their line-up and they have picked up in results after a slow start to their league campaign. We know that we will have to perform to get ourselves into the second round and all of our focus this week has been on this tie. We will not be taking the opposition lightly.

“I have come up against a Micky Mellon side when he was in charge at Shrewsbury and I was in caretaker charge so we know aspects of his game. It is about us though, the focus is on what we do and how we can affect the game.”

“Peterborough is a tough place to go, but it will be a good way of seeing how we measure up as a group. They are a League One side and they have some good players and they have home advantage, but we will go down there and give it the best go that we can and see what happens,” Tranmere boss Micky Mellon said.

he football club are pleased to announce reduced ticket prices for this game with tickets now on sale at www.theposhtickets.com, via the Ticketmaster hotline 0844 847 1934 (calls cost 7ppm plus your network access fee) and at the ABAX Stadium Box Office.

Season ticket holders’ seats will be reserved until 5pm on Friday 3rd November. The Motorpoint Stand will be closed for this fixture.