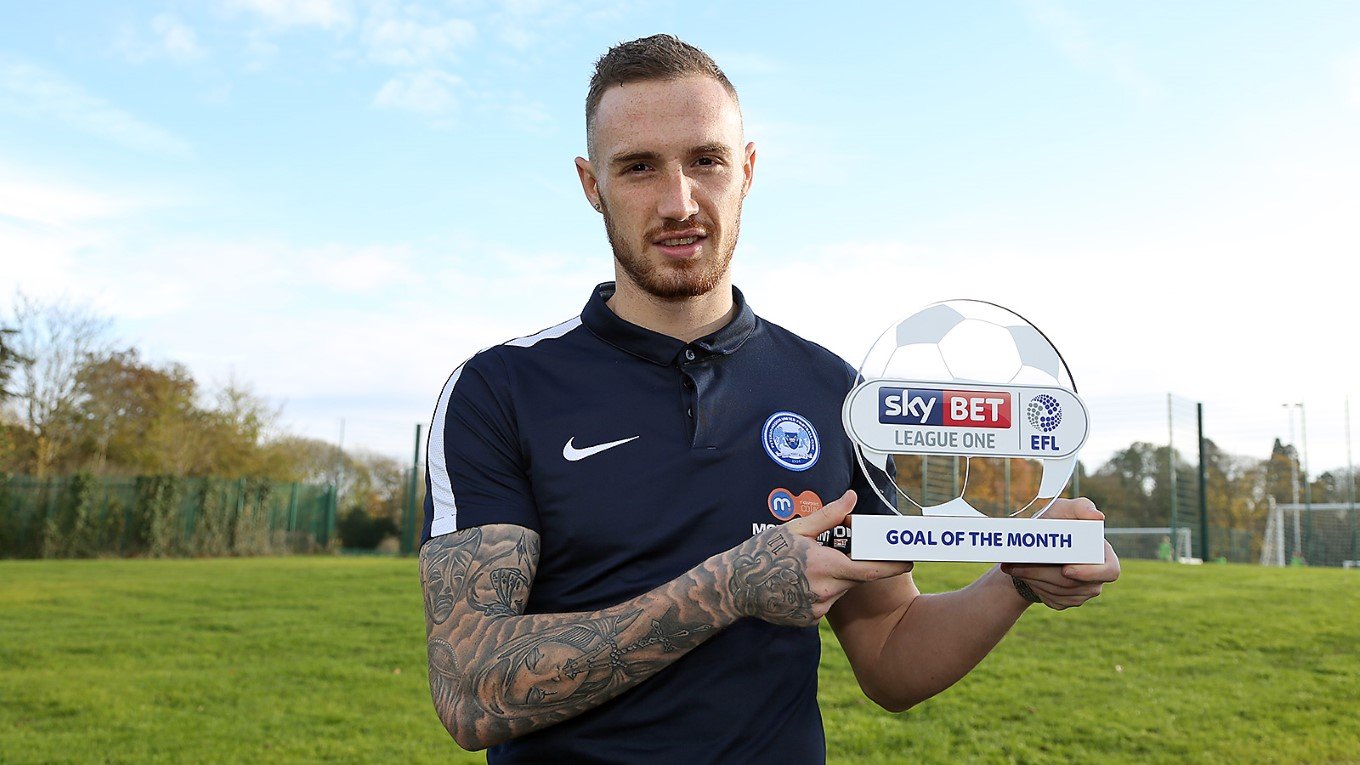 Peterborough United winger Marcus Maddison is the Sky Bet League One Goal of the Month winner for October, receiving 44% of the public vote.  Vision and audacity combined beautifully in a goal for the ages as Maddison spotted the chance to drive a 40-yard volley over the head of stranded visiting keeper Dean Henderson.

Lead Sky Bet EFL Goal of the Month judge and Sky Sports Pundit Don Goodman said: “It was going to take something special to bring Shrewsbury’s unbeaten run to an end this season and Maddison’s wonder-goal certainly fits the bill.

“The defenders around him must have been thinking, ‘go on then, shoot if you dare’ but how they must regret that now!  The vision, awareness and strike were all exceptional but the key to catching the goalkeeper Henderson out was hitting the ball so early.  In Henderson’s defence, the power and accuracy of the strike would have been enough to beat any keeper.”

Maddison said: “It’s nice to eventually win it. I’ve scored a few nice goals in my time but there wasn’t a trophy before. I’d noticed the keeper off of his line a few times, he did play quite a high line and the ball just dropped so nicely it had to be hit, and fortunately it went in. To score from that distance is quite an achievement.  I look to beat my previous year every year, just continue to improve as a player. At the moment, I’m on track to achieve that so hopefully it can continue.”