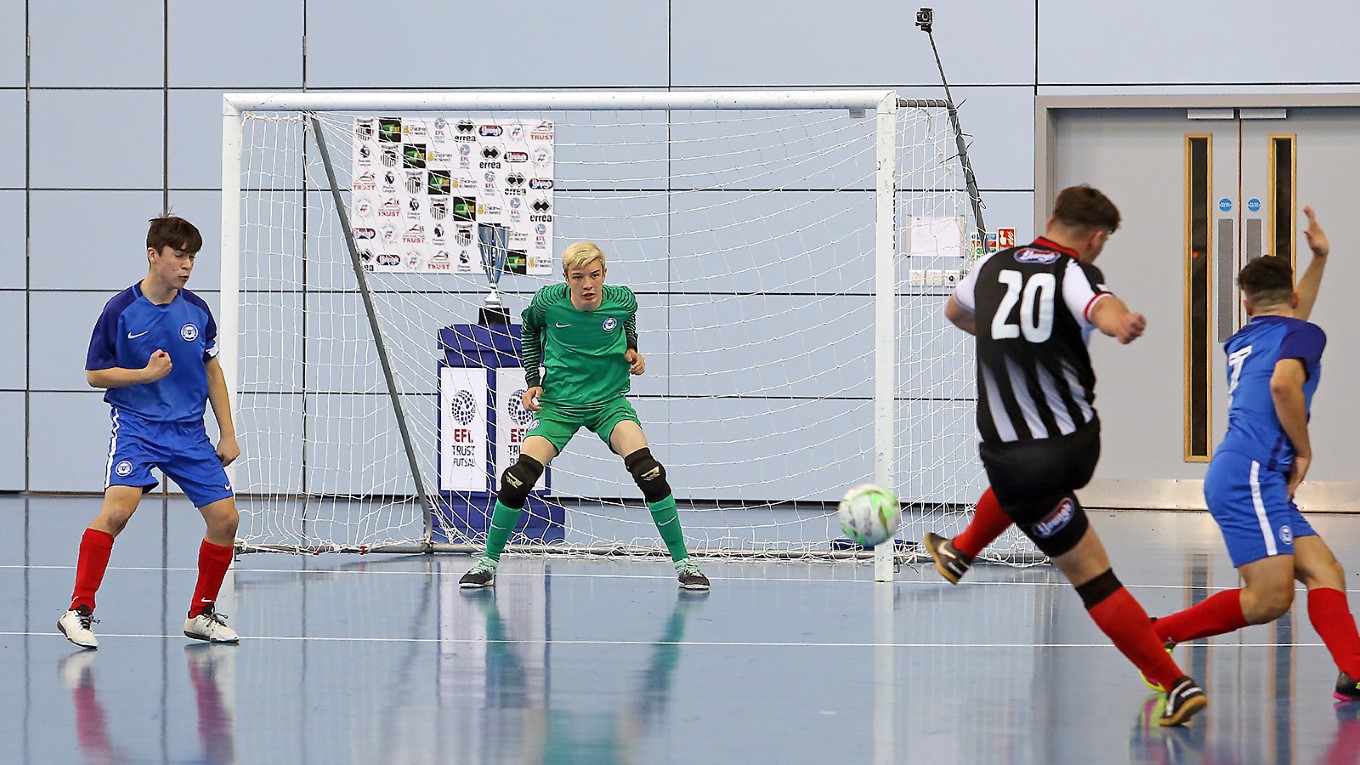 EFL Futsal Scholarship - Round 1 National League - the latest from the programme.

The stage was set for a very important round of fixtures for both Posh A&B as they set off to St George’s Park in their first league fixtures. Although The Posh are no strangers to important games at the impressive SGP following the great advertisement for youth futsal in the Super Cup.

The Posh A squad were to play both Stoke City A and Mansfield Town A meanwhile Posh B have just the 1 fixture against Stoke City B. Posh B had a number of injury concerns before the fixture and travelled light due to Max Snowden and Ben Denton both being on the sidelines.

It was a very positive day all round for travelling Posh squad. Three positive results, three impressive performances and three objectives out of three completed set by the coaches. All in all nine points from 9 and very few faults to pick from any of the matches. Posh A played Mansfield A in the opening game, both teams looked nervous for the first 30 seconds while they settled although Posh dominated possession from the whistle. Posh were no strangers to pressure as they battled with Grimsby Town two weeks prior to this fixture in the Super Cup final.

Mansfield like Stoke struggled to cope with Jaquite’s physical prowess and couldn’t contain him and before you could blink Posh had took the lead. This was just one of many for Jaquite and Silva who had run the Mansfield squad ragged with great link up play between not only the two of them but the entire team. One of the stand out factors from this fixture was how Peterborough had scored from FLY GK with their very own GK Matt Wilshire scoring. It may come to most as a shock the GK scoring but this is quite some achievement as this is in the very first game of the season.

Posh B worked very well to grind out a result against Stoke City B as they were no push over. Although Stoke City were a very physical side they were no match for Posh B as they created over 10 chances within the first twenty minute period. Posh at this point could’ve been out of touch however had only managed to gain themselves a few goal lead. Cooper and Ltaief looked a threat everytime they were in possession and although the end product was disappointing in comparison to their normal level, they proved to always create for others.

‘It was a very pleasing day for all players and coaches. There are players in Posh B already challenging for places above and impressing coaches with their attitude and others with their match day performances. That said our players in Posh A, are taking training into match day as seen today with Matt Wilshire scoring. We have practiced fly GK in training this week so to see it done and score, I couldn’t ask for much more’ Michael Johnson said.

For any players aged 12-17 and wanting to get involved in futsal or interested in representing Peterborough United FC, get in touch with Futsal@theposh.com as we have a project for everyone.