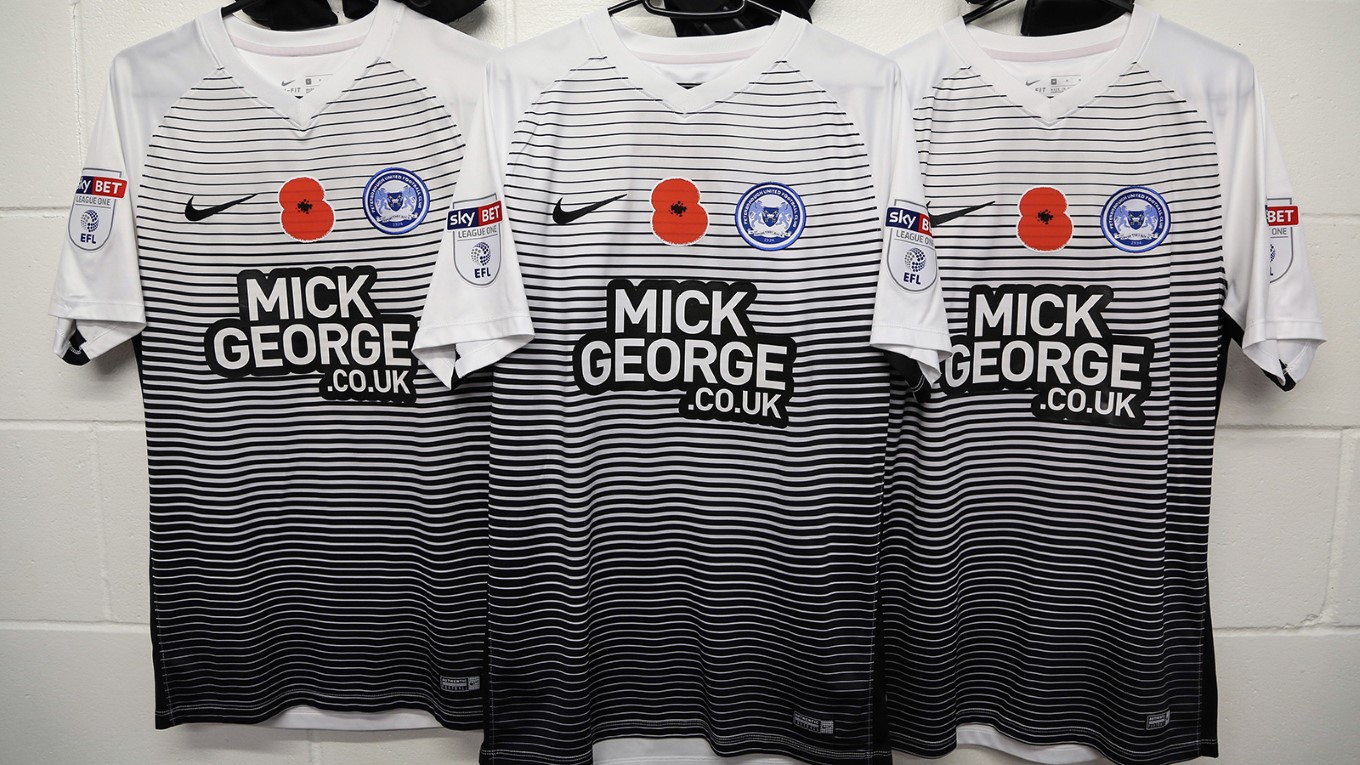 Bid now on one of the Posh shirts worn in the televised draw at AFC Wimbledon and raise money for charity in the process.

Peterborough United wore a special away shirt featuring the Poppy in the televised Sky Bet League One fixture at AFC Wimbledon as the football club marked Remembrance Sunday and we are now auctioning off those shirts to raise money for the Royal British Legion.

With the exception of Danny Lloyd’s shirt (he was given his own shirt to mark his first appearance and goal in the EFL), every player who was named in the squad’s jersey is available to bid in the club’s official eBay store.

The winning bidders will have the option of having their shirts personally signed by the player. 100% of the proceeds will be donated to the Royal British Legion. We thank you in advance for your generosity.

There are a number of other Posh items in the eBay store so take a look around!