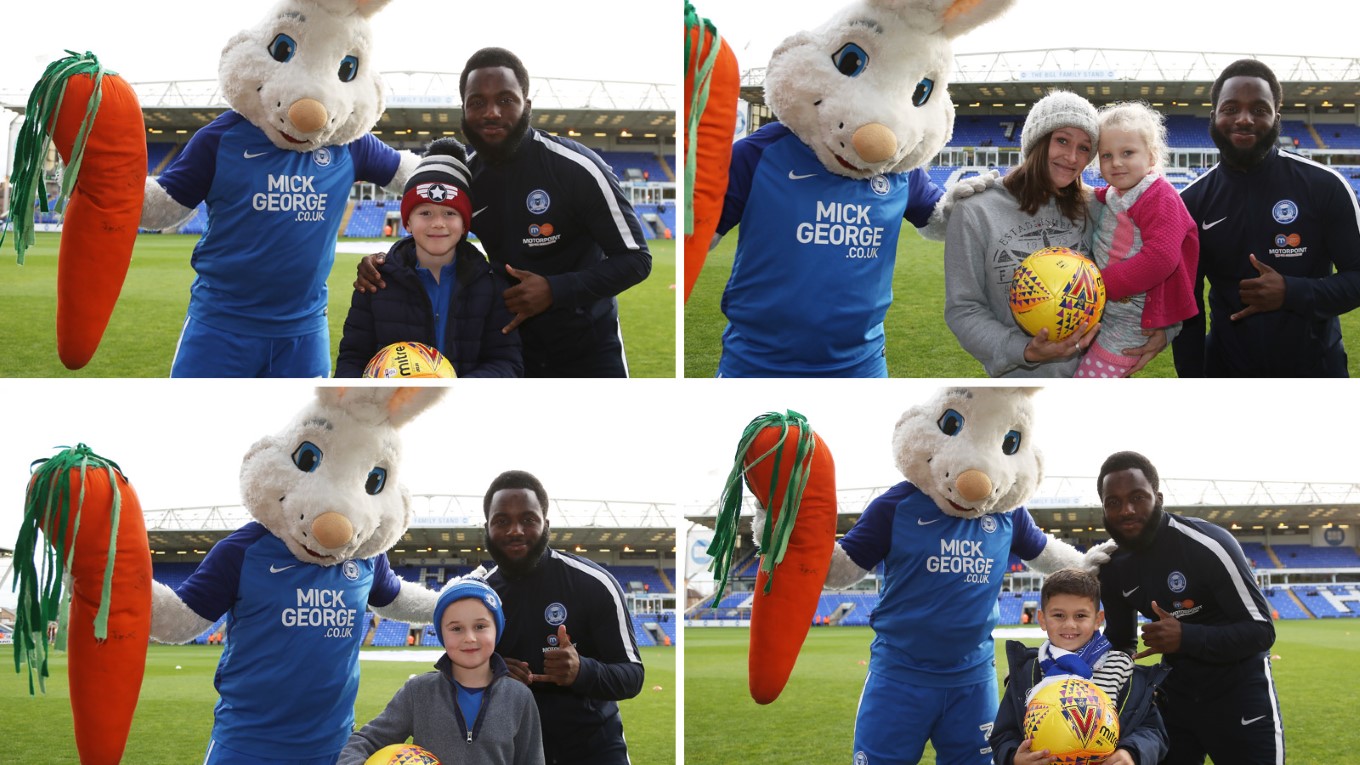 Ahead of Saturday’s Sky Bet League One fixture with Blackpool at the ABAX Stadium, the football club welcomed several new young supporters as part of the ‘First Time Fans Initiative’ and despite the result, they all had an enjoyable day.

The youngsters were met at 2pm in Main Reception and taken pitch-side where they met mascot Peter Burrow and sat in the home dugout. They were then joined by injured striker Junior Morias for a photograph with the match ball before watching the players go out for the warm-up from the inner sanctuary of the tunnel.

They then watched the warm-up from the dugout before meeting Mick the Skip and Peeby from Princebuild who dished out some mini-footballs. After collecting a few sweets from chief executive Bob Symns, they were then escorted towards their seats for the game.

If you have a youngster who is attending a Posh game for the first time, email newfans@theposh.com and hopefully we can make their day a memorable one, whatever the result.