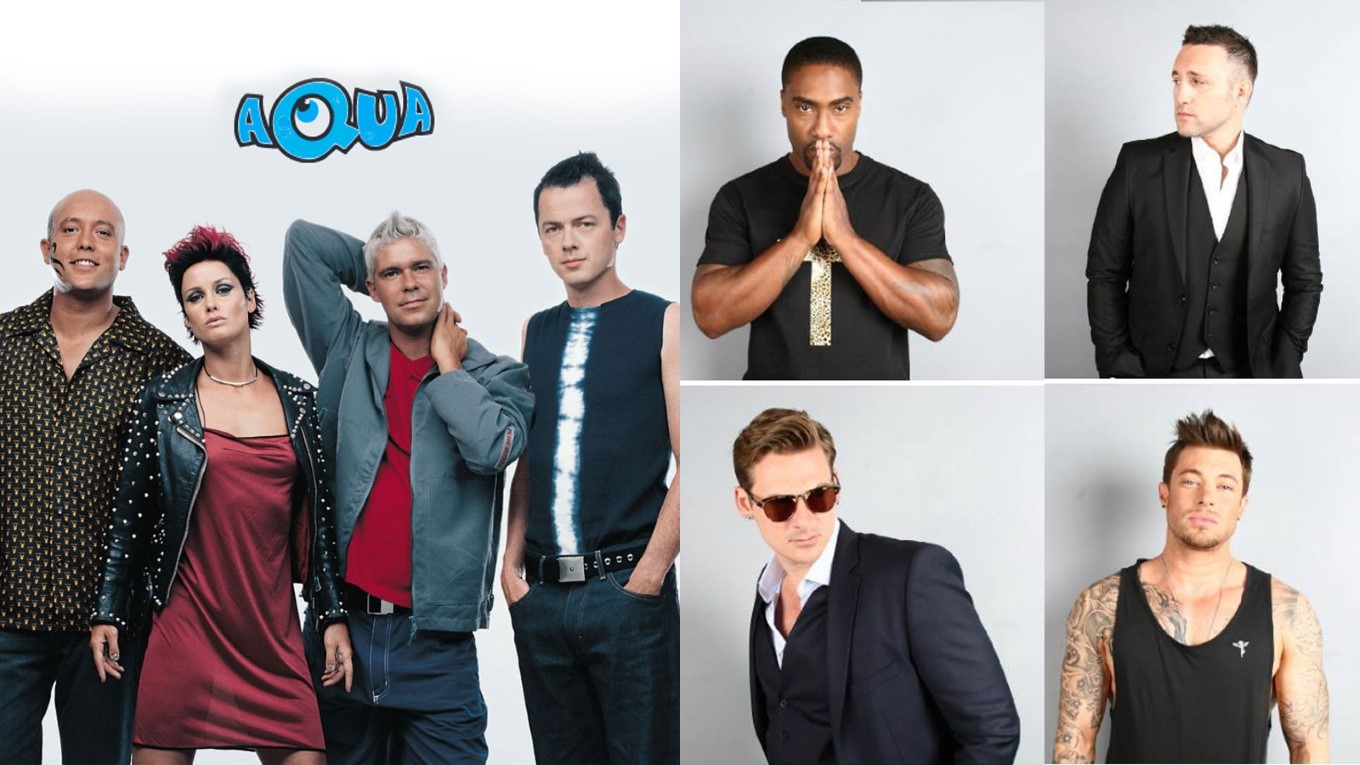 Blue And Aqua Confirmed As Support Acts For Steps

Steps will be supported by Aqua and Blue at summer 2018 concert at the ABAX Stadium.

Peterborough United Football Club are delighted to announce that 90s stars Blue and Aqua have been confirmed as the support acts for the concert with Steps on Saturday 2nd June at the ABAX Stadium.

Blue are a British boyband that dominated global charts from the early 2000s and have amassed five studio albums - including three UK Number One Platinum-selling albums - two Brit Awards and more than 40 million record sales worldwide, including 16 million album sales. Formed of four friends Antony Costa, Duncan James, Lee Ryan and Simon Webbe, Blue steadily built a huge fan base with the noughties generation, from the moment their debut single All Rise hit the UK charts at Number 4, followed closely by their Number One hit Too Close; the start of the phenomenal success they would go on to enjoy. The boys continue to command a loyal following; their beautiful harmonies, meaningful lyrics and engaging bubbly personalities proving a winning formula.

In 2005, the boys decided to take a hiatus to pursue individual interests before reuniting for the 2009 Capital FM Summertime Ball where they made a surprise appearance together with Lionel Richie. Two years later in 2011 the boys officially reunited to represent the UK in the Eurovision Song Contest. Over the following four years they released two albums Roulette (2013) and Colours (2015) and did nine sell-out tours across twenty-four countries, playing to 1.8 million people as well as touring the UK separately with Wet Wet Wet and ITV’s The Big Reunion. In October 2017, Blue released their first ever biography “All Rise: Our Story” (HQ/HarperCollins) an endearing bare-all account of their lives as the band and embarked on a book signing tour of the UK.

Aqua are a Danish Eurodance group who are perhaps best known for their huge breakthrough single Barbie Girl released in 1997. The band are Lene Nystrøm and Rene Dif (lead vocals) and Søren Rasted (songwriter/producer). Their debut album Aquarium, included six major hit singles across the globe (including the massive UK smashes Turn Back Time and Dr Jones) and saw them enjoy international stardom as they dominated dance floors with their infectious energy and playful, vibrant style. Their second album Aquarius was released in 2000 followed by a world tour.

After taking a hiatus, in 2009, having missed the music scene and performing together, they produced new material and released their Greatest Hits album. Their third album Megalomania was released in 2012. Aqua are currently performing shows across the globe and continue to light up dance floors in their own distinctive way that continues to delight fans, old and new. Aqua are currently performing internationally, delighting fans, old and new with infectious music and energy.

The GRANDSLAM 2018: SUMMER OF STEPS TOUR with special guests Aqua and Blue will include a performance at the ABAX Stadium, Peterborough on Saturday 2nd June 2018.

Liz Doogan-Hobbs MBE, CEO of LHG Live, Promoter said, “Steps are amazing performers and put on a terrific show. We are thrilled to be working with them on their 2018 summer outdoor tour. They are better than they have ever been! We welcome their strong legion of fans who have followed them throughout their career, also many new fans. Aqua put on a brilliant show too, and are the perfect choice as special guests for the show in Peterborough. With Blue completing this stunning line up we’re looking forward to a terrific summer; you won’t be disappointed!”

Tickets will go on sale on Friday 17th November at 9.00am from:

Limited Accessible Tickets are available directly from the ABAX Stadium whilst stocks last - to book, call 01733 865674 (option 2). Children under 16 must be accompanied by an adult