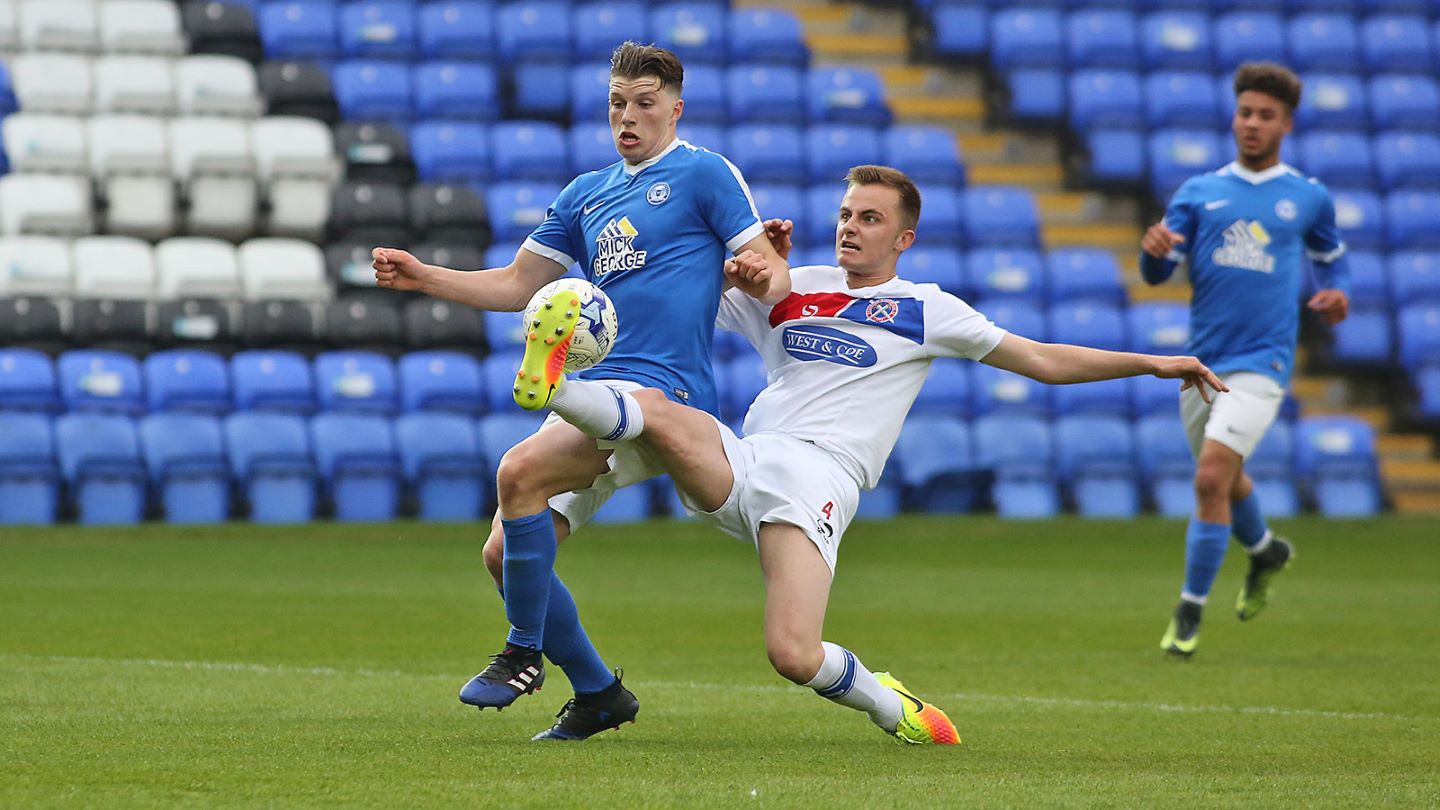 The Peterborough United under 18s missed out on the Merit League title after failing to score the goals required to deny AFC Bournemouth the top spot, but they concluded their campaign unbeaten after a 2-2 draw against Dagenham and Redbridge at the ABAX Stadium.

Jack Collison's men struck the woodwork twice against the Daggers, but despite pushing plenty of players forward, they couldn't add to their tally and were pegged back late on. However, the youngsters have been excellent since the turn of the year despite fielding one of the younger squads in the league and being without Lewis Freestone and Andrea Borg for the latter part of the campaign with the duo stepping up to the first team squad.

Jack Gurney fired wide from 20-yards with his left-foot on 12 minutes after a poor clearance from keeper Louie Chapman as Posh tried to get their noses in front against the run of play.

Lewis Elsom made a fine stop with an oustretched boot to divert a low White effort onto the post as the visitors were a whisker away from the breakthrough.

Posh opened the scoring on 25 minutes as DAVISON dispatched a penalty low to the keeper's left after he himself had been felled in the box.

Posh made a double change to try and create more clear cut chances in the game with Ollie Shackleton and Harrison Burrows introduced.

Gurney struck the post with a fierce left-footed drive after creating space in the box following a sharp pass from Douglas on 65 minutes.

The visitors drew themselves level on 72 minutes after a mistake led to a simple chance for Harvey Brown who slotted the ball into the net.

Posh got themselves ahead once more less than three minutes later as Josh DAVISON collected a pass on the penalty spot and rifled a low shot past Chapman and into the back of the net.

Davison cracked the crossbar moments later after a strong run and cut back from Douglas. Cartwright then saw a looping header cleared off the line as Posh pushed for a third goal.

Dagenham equalised late on as a low cross into the box was side-footed home from close-range by Florence.