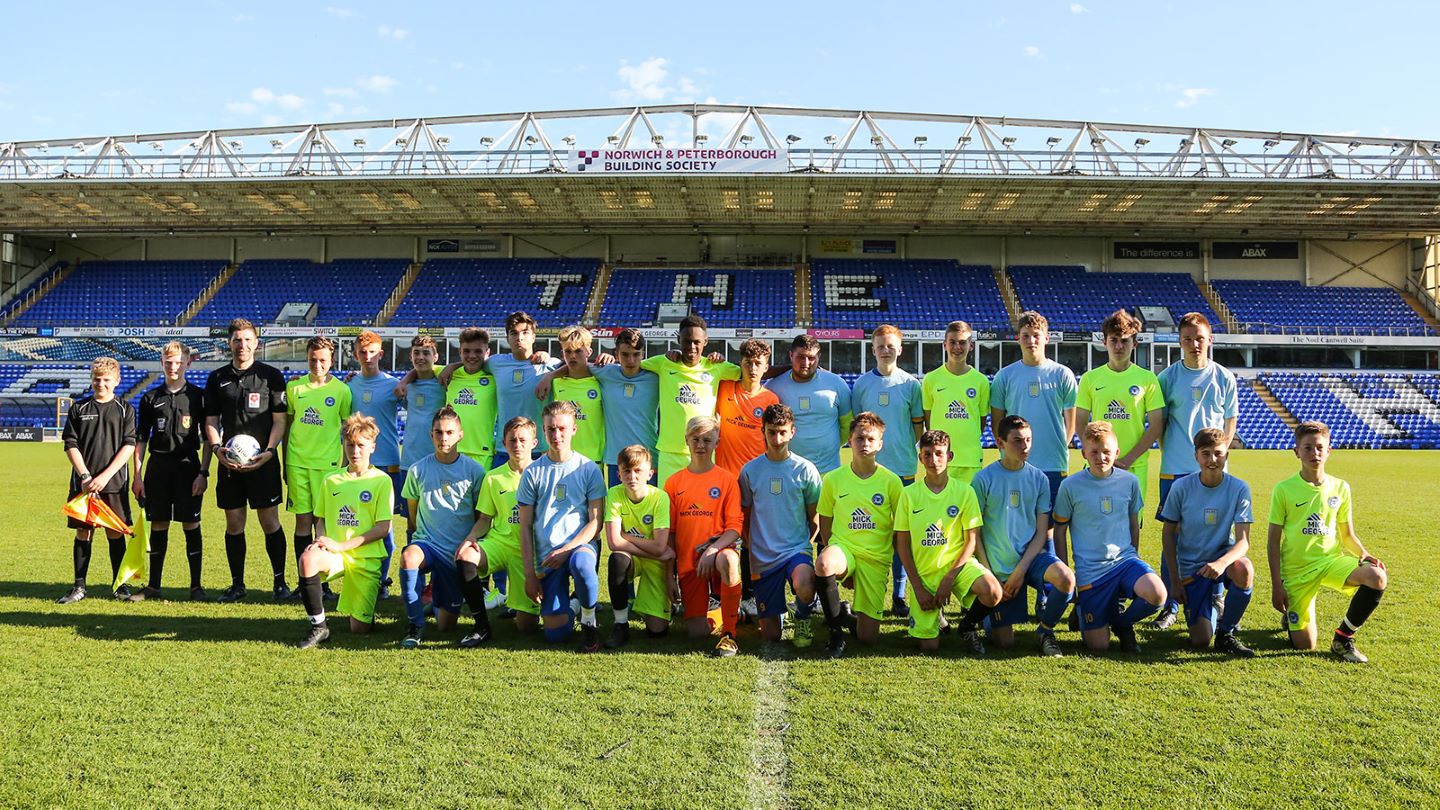 Football community comes together for family of teenager who lost his life at the age of just 15.

A special match at the ABAX Stadium on Monday night helped to raise just under £2,000 for the family of Benjamin Walker, who tragically passed away aged just 15-years-old while playing football last month for his team Thrapston Town Juniors.

The Thrapston team were invited to the ABAX to play against the Peterborough United under 14s and an excellent crowd, including the family and friends of Benjamin, were present to witness a high-scoring contest. The fixture was ‘entry by donation’ and the football club would like to thank everybody who attended and gave generously for the cause.

Sam Darlow, Youth Development Lead Phase Coach of Posh, said: “It was a great experience for our Academy players to play at the stadium. Obviously, it was difficult circumstances in terms of the opportunity, but I think the boys were professional in what they did and showed a great respect for the game, whilst sticking to the philosophy of how we want to play football.

“I would like to thank Thrapston Town Juniors, I hope they have enjoyed their experience with us and we have been able to assist them with their difficult journey. Anything we can do in the future as a football club, we would be happy to help.”

Thrapston Town Juniors Manager Marc Hudson commented: “It is still a very tough time for everyone connected with our club, but nights like the one we had at the ABAX Stadium can only help the boys. I would like to thank everyone who attended and gave so generously.”

Referee Neil Hair and his two assistant referee’s gave up their time to officiate the game, which concluded with a penalty shoot-out at the London Road End of the stadium.  A crowdfunding page has been set up to help the family during this difficult time with over £20,000 now raised. You can donate here: https://www.justgiving.com/crowdfunding/BenWalkerThrapstonOfficial

The game finished 5-4 to the Posh Academy side with Owen Wiseman voted the Thrapston Town man of the match and Callum Adams.

View many more photos from the night by clicking here.