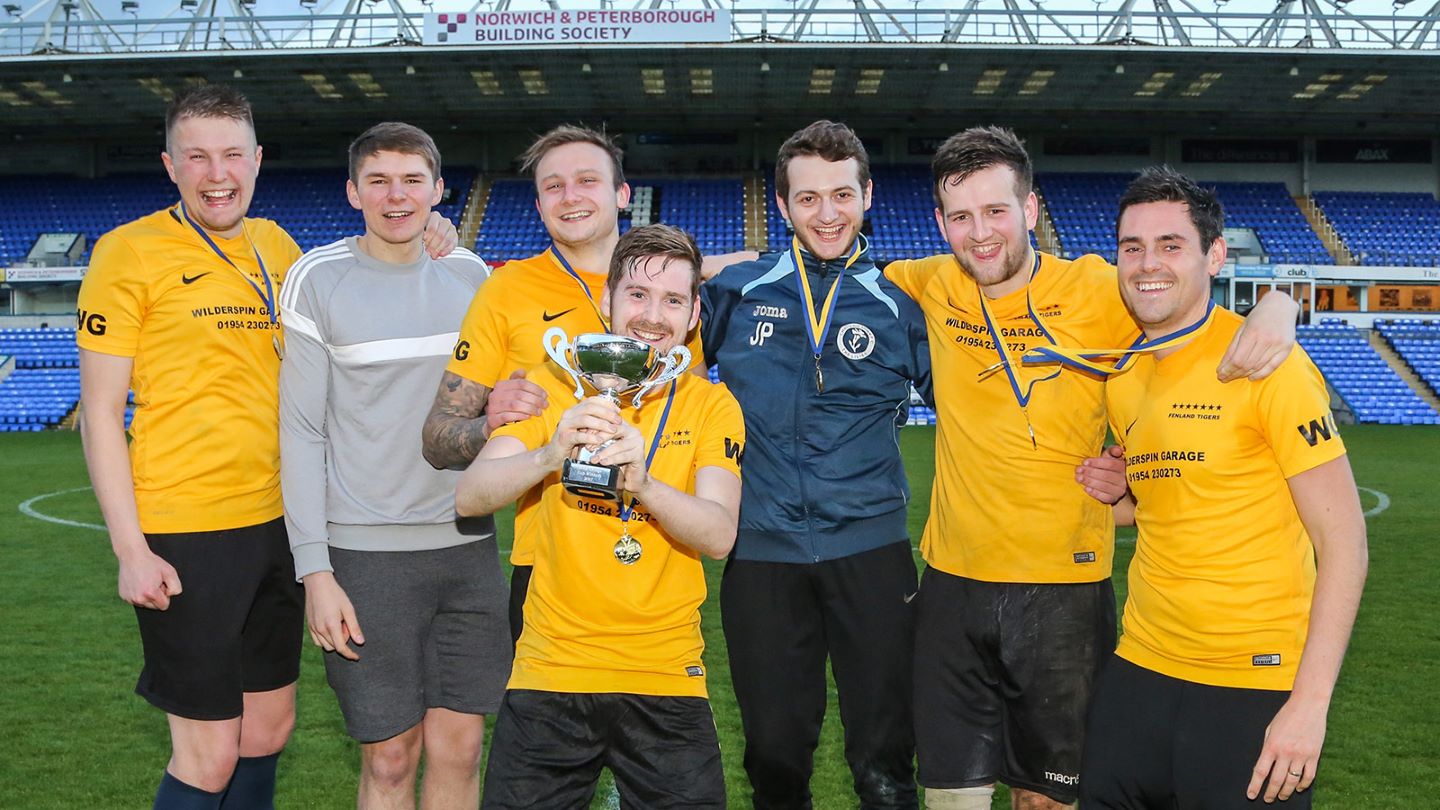 The football season may have come to an end at Peterborough United FC, but the ABAX Stadium is still very much in action. And while the professionals may have jetted off for their holidays, the thriving business community in and around the county came together to compete in the Mick George Cup.

The clubs official kit sponsor has in previous years delivered many fantastic charitable events, utilising its partnership with the club. Only last year they provided supporters the opportunity to play alongside former POSH legends, in an eleven-a-side match, on the hallowed furf.

Due to increased demand, the concept developed this time around, with 17 teams involved in a six-a-side tournament format. Given Mick George’s construction background, the presence was heavily tilted towards that particular industry, with the organisations counterparts looking to claim the inaugural title, and commercial bragging rights.

Multinationals such as J Breheny and Redrow Homes, as well as more locally recognised outfits such as Serpentine Green Shopping Centre and Princebuild all had representation in the competition.

However, it was ‘David’ who triumphed in this ‘Galiath’ battle, with local company ‘Wilderspin Garage’ lifting the Cup after an enthralling finale. The Fen Drayton based business, proved that they have many more talents over and above their Mechanical services, for which they’re more commonly known.

Tom Ray, Wilderspin Garage Team Manager said: ‘’It was a fantastic experience, a very well organised event from Mick George Ltd. The feedback from the players was that the pitch was a pleasure to play on. Our triumph owed much to the fact we only conceded one goal throughout, which coincidentally came in the final when we were trailing to the Mick George team. All round it was a great night. We look forward to defending our thrown next year.’’

The event which had more than 350 individuals in attendance, saw spectators line the main stand, cheering on their respective peers. All of which helped to generate a commendable £4,500 for charity, with a contribution going towards the Chris Turner Statue Fund, taking the project a step closer to completion. Adi Mowles, a Charity representative, was on-hand to complete the presentation.

Jon Stump, Finance Director at Mick George Ltd commented: ‘’We always like to freshen things up. Last year’s occasion was going to be difficult to top, but I think this one surpassed it, and provided many more individuals with the chance to participate. There certainly seemed to be an ‘added ‘spice’ with the involvement of local businesses, albeit in the charitable manner that the event was intended.’’

View more pictures from the event by clicking here.