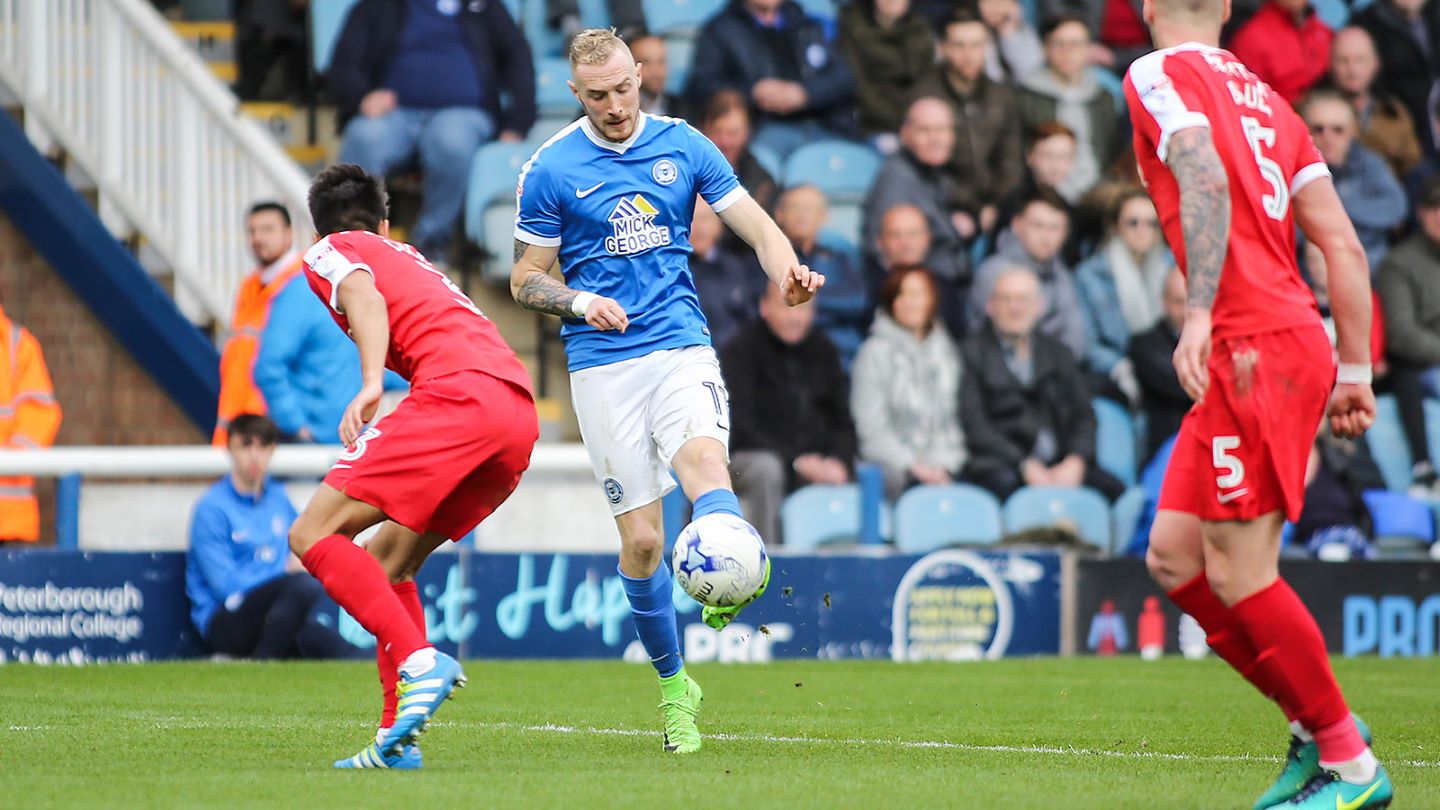 Maddison Shortlisted For Goal Of The Month Award

Maddison in with a chance of winning Goal of the Month for April in League One.

Peterborough United attacker Marcus Maddison has been shortlisted for the April Goal of the Month award for his stunning effort against Charlton Athletic at the ABAX Stadium.

Maddison needs your votes to be successful, so click here to vote. http://www.skysports.com/football/news/11688/10871500/watch-and-vote-efl-goals-of-the-month-for-april

A goal befitting Maddison’s mercurial talents. Driving directly into the area, jinking this way and that, he then clipped home an exquisite lob off the underside of the bar.

With the ball bouncing around, O’Brien seized the moment to play a one-two of headers with Ben Thompson before volleying emphatically into the roof of the net.

The Dutchman pictured this goal in his head. Collecting the ball, he already knew he would take a step inside and send a gorgeous 20-yard curler inside the far post.

VOTING CLOSES ON MONDAY 15 MAY AT 5PM

ALL WINNERS WILL BE ANNOUNCED ON FRIDAY 19 MAY

The winners of the Sky Bet EFL Goals of the Month are chosen by a fan poll on skysports.com.

The shortlist for the poll is decided by a judging panel following suggestions from supporters via Twitter.