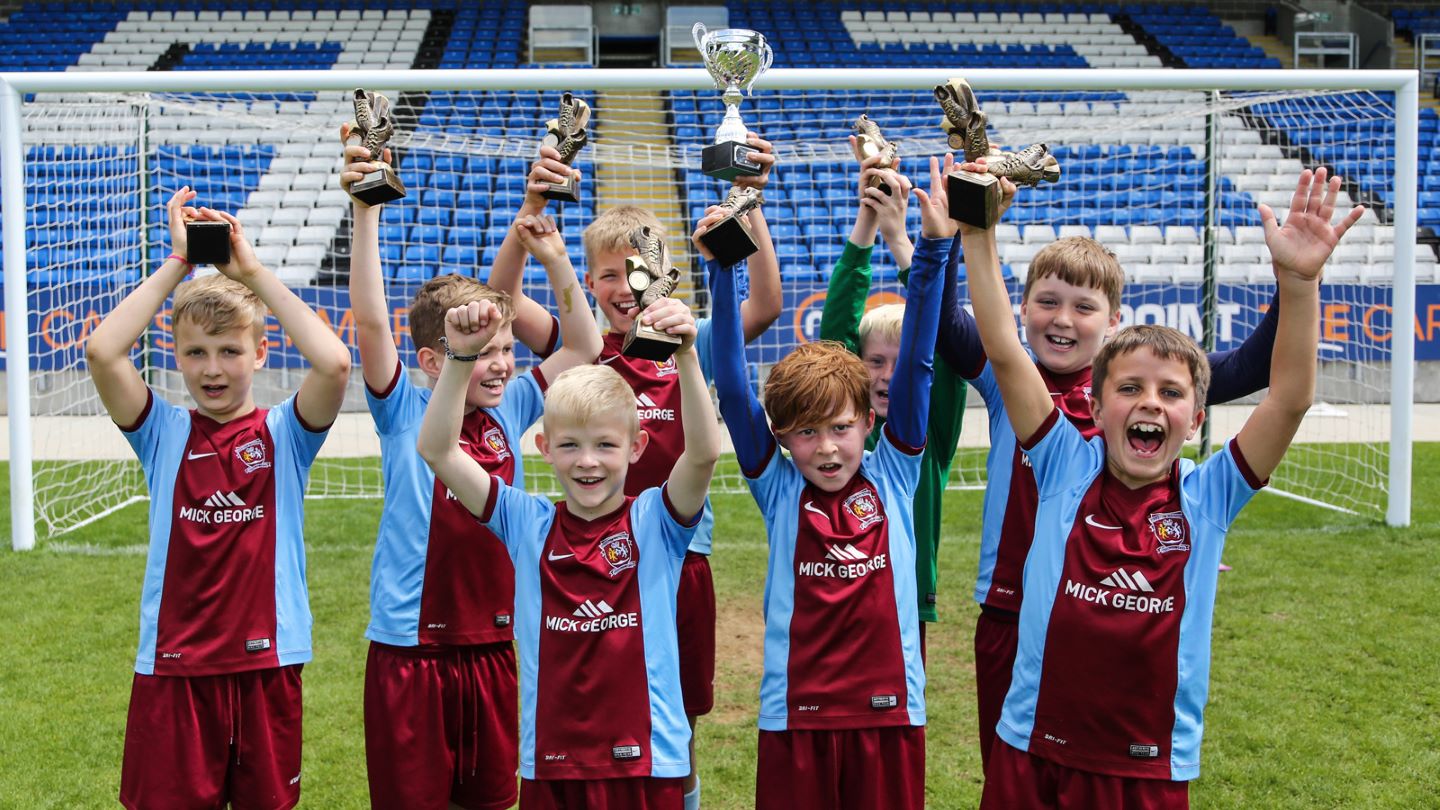 Youngsters from across the county descended on the ABAX Stadium for an under 10s festival of football.

The inaugural ‘FairPlay’ tournament for under 10s from clubs across the region and beyond took place at the ABAX Stadium on Sunday morning with 16 teams battling it out for the silverware on a warm, sunny day at the home of Peterborough United.

It was Deeping that ultimately lifted the trophy after a sudden-death penalty win over Holbeach Yellows after the 16 teams were split into four groups of four with the winners of each section progressing into the semi-finals.

The tournament was designed to reward those teams who have taken up flag-bearing or penalty packages during the season at the ABAX Stadium. The event, which was backed by foreverposh, is the first of its kind to be held in the close-season at the stadium in recent years and we hope to build on it for next year.

A club spokesman said: “Firstly, we would like to thank foreverposh for their backing of the tournament and for their support. We were fortunate that two match officials gave up their time to referee on the two pitches, which was really appreciated by both the players and the managers. Finally, we would like to thank the players of every team for playing with a smile on their face whatever the result. There was a lot of talented players on show and we hope all who participated continue to showcase their skills in the future.”

Photographer Joe Dent was present at the event and his pictures are available to view and purchase here.